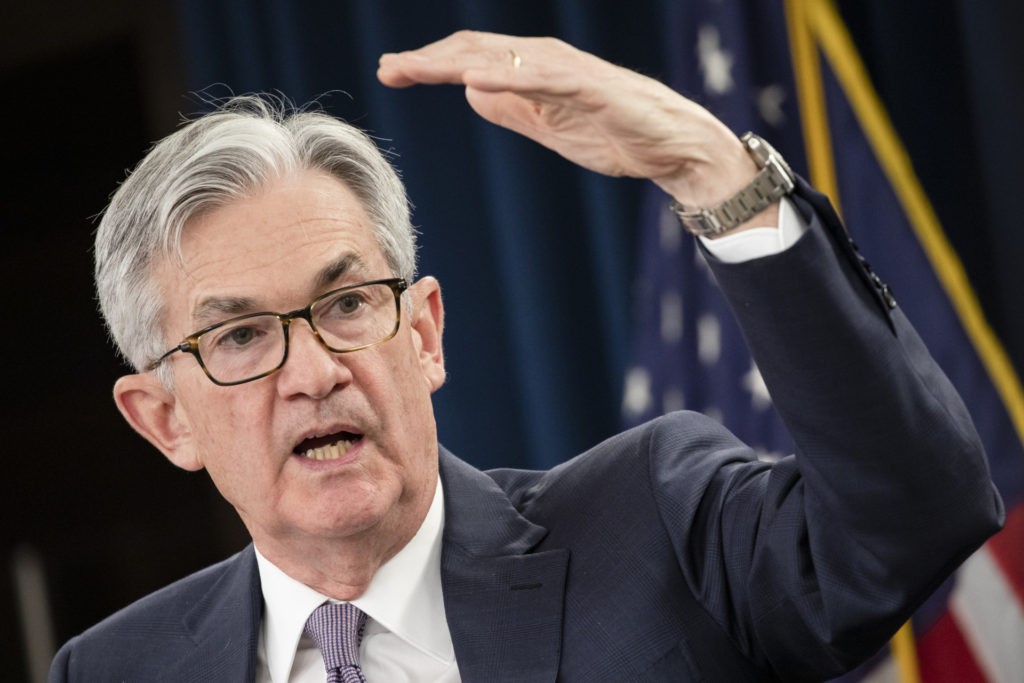 Federal Reserve Board Chairman Jerome Powell speaks during a news conference after a Federal Open Market Committee meeting on January 29, 2020 in Washington, DC. Chairman Powell announced that the Federal Reserve will not be adjusting interest rates. (Photo by Samuel Corum/Getty Images)

The group said that Biden’s “consequential appointment” of appointing someone to the Fed “potential to remake the composition of the Board of Governors.” The Federal Reserve chairs serve four-year terms.

According to the squad, Powell’s reappointment would continue his current “track record,” which they claim has done “very little action to mitigate the risk climate change poses to our financial system.” The group mentions that the Fed received a “D-” in “climate risk policies.”

Ocasio-Cortez and the rest of the radical members would prefer to have Biden appoint a person with the same radical views towards “bold and decisive action to eliminate climate risk.”

This is our chance to re-imagine a Federal Reserve that is focused on eliminating climate risk & advancing racial & economic justice. pic.twitter.com/0MNVosADq3

Additionally, they claim Powell made the Federal Reserve substantially weaker on “reforms enacted in the wake of the Great Recession regulating the largest banks, including capital and liquidity requirements, stress tests, the Volcker Rule, and living will requirements.”

“To move forward with a whole of government approach that eliminates climate risk while making our financial system safer, we need a Chair who is committed to these objectives,” the group said. “We urge the Biden Administration to use this opportunity to appoint a new Federal Reserve Chair.”

U.S. Treasury Secretary Janet Yellen has reportedly backed Powell’s reappointment by Biden. The president had yet to make a decision.

Powell, a Republican, has been on the Federal Reserve since 2012 when former President Barack Obama appointed him and was eventually elevated to chair in 2018 by former President Donald Trump. The appointment is a four-year term.