President Joe Biden’s withdrawal of David Chipman’s ATF nomination is imminent, and it is helpful to understand the numerous controversies, at least six, that brought Chipman’s plight to this point.

Here are the six controversies that doomed Chipman’s nomination:

Chipman mocked first-time gun owners last year, suggesting they were doomsday preppers and comparing them to Tiger King: “They might think that they’re die-hard, ready to go, but unfortunately they’re more like Tiger King.”https://t.co/LHcPlHQ9PZ 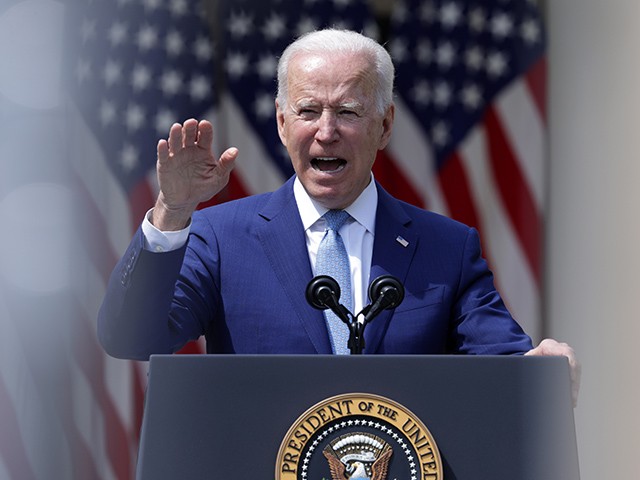 President Joe Biden speaks during an event on gun control in the Rose Garden at the White House April 8, 2021, in Washington, DC. Biden signed executive orders to prevent gun violence and announced his pick of David Chipman to head the Bureau of Alcohol, Tobacco, Firearms and Explosives. (Alex Wong/Getty Images)

On September 7, 2021, Breitbart News explained that Chipman’s nomination was in dire straits. The only way he could be confirmed was if at least one Republican Senator crossed the aisle to support his confirmation.

On September 8, 2021, it was widely reported that President Biden would withdraw Chipman’s nomination.

Second Amendment Foundation’s Alan Gottlieb responded to the news of the demise of Chipman’s nomination by saying, “I want to thank every gun owner and concerned voter who contacted their Senators and helped us stop this dangerous nominee from being confirmed. This is a great grassroots victory for the Second Amendment.”