Tlaib tweeted the least amount of money she wants to spend is $3.5 trillion dollars. $2 trillion more than Manchin.

“$3.5T is the floor,” she said, retweeting an interview of Democrat Majority Whip James Clyburn (D-SC), who suggested that he would go along with Manchin’s reduced spending overtures.

“But let’s work out on it and stay out of all this negotiating in the media,” Clyburn said in reference to the Democrat infighting. “That’s not the way to negotiate. Let’s keep this around the table and see what we can come up with.”

Clyburn’s comments come as far-left Rep. Alexandria Ocasio-Cortez (D-NY) acknowledged Manchin does have a lot of leverage over the reconciliation package while noting he is not the only Democrat to hold sway. 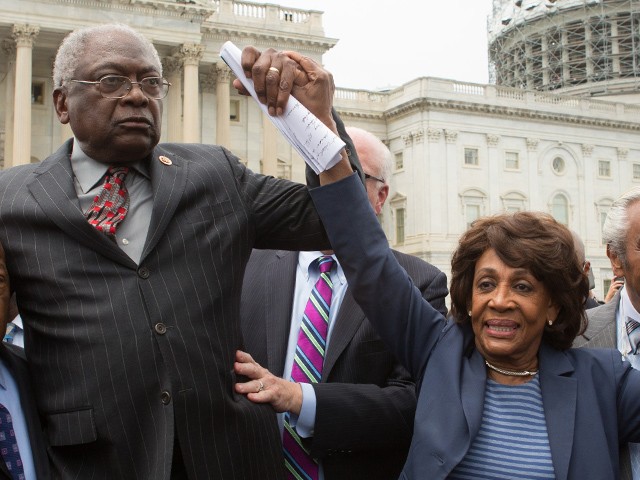 “It’s not just Sen. Manchin who has leverage,” she said, referencing her own show of power in the negotiations. “Frankly, the entire party also needs to quote-unquote worry. Because just as we have a slim Senate margin, we have a slim House margin. So we aren’t saying it’s either your bill or our bill but that both of these bills must move forward together or neither will.”

Ocasio-Cortez’s comments opposing Manchin’s reduced price tag are in reference to Manchin’s Wall Street Journal September 2 article, when he wrote he “won’t support a $3.5 trillion bill, or anywhere near that level of additional spending, without greater clarity.”

Instead of rushing to spend trillions on new government programs and additional stimulus funding, Congress should hit a strategic pause on the budget-reconciliation legislation. A pause is warranted because it will provide more clarity on the trajectory of the pandemic, and it will allow us to determine whether inflation is transitory or not.

Manchin’s request to slow down the massive spending coincides with his proposal to drop certain far-left measures that Tlaib and Ocasio-Cortez support. Those items include “extending the enhanced Child Tax Credit, which provides up to an additional $300 per child per month, free community college, universal preschool and child care tax credits.” 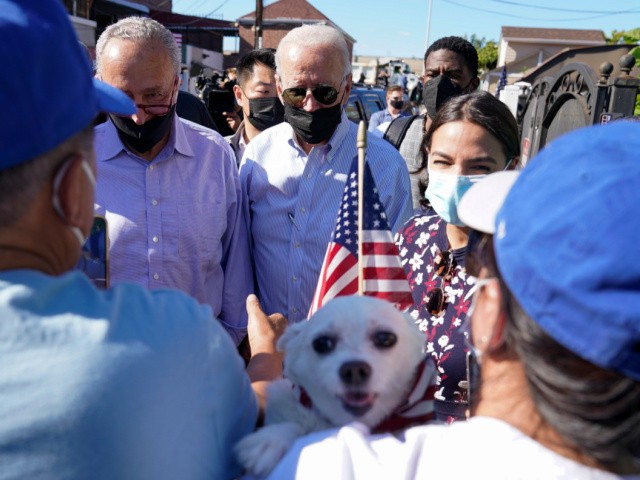 President Joe Biden talks with people as he tours a neighborhood impacted by flooding from the remnants of Hurricane Ida, September 7, 2021, in the Queens borough of New York, with Senate Majority Leader Chuck Schumer (D-NY), and Rep. Alexandria Ocasio-Cortez (D-NY). (AP Photo/Evan Vucci)

But removing such items from the package may cost Democrats votes in the House, where Speaker Nancy Pelosi (D-CA) can only lose three votes before the package fails. Far-left Democrats have already threatened to oppose the legislation if the package does not meet their far-left priorities.