Former presidential and New York mayoral candidate Andrew Yang reportedly no longer identifies as a Democrat and will soon launch a third party.

Two people close to Yang told Politico that the former candidate will launch the third party with the release of his upcoming on October 5, Forward: Notes on the Future of Our Democracy. The exact name of his party and its rollout remains unknown as of this writing, however, Crown, the book’s publisher provided some hints about the party’s principles:

It writes that the book is an indictment of America’s “era of institutional failure” and will introduce “us to the various ‘priests of the decline’ of America, including politicians whose incentives have become divorced from the people they supposedly serve.”

The book is blurbed by businessperson Mark Cuban (“a vitally important book”) and The New York Times’ Kara Swisher (“Can there be another political party in the U.S.?…In Forward, Yang does not just give us a laundry list of intractable problems, but shows how we can find solutions if we think in new ways and summon the courage to do so.”).

Though left-of-center on a variety of issues, Yang differentiated himself from the list of Democrat candidates through his rejection of toxic politics, including cancel culture, in favor of a culture of dialogue and understanding. 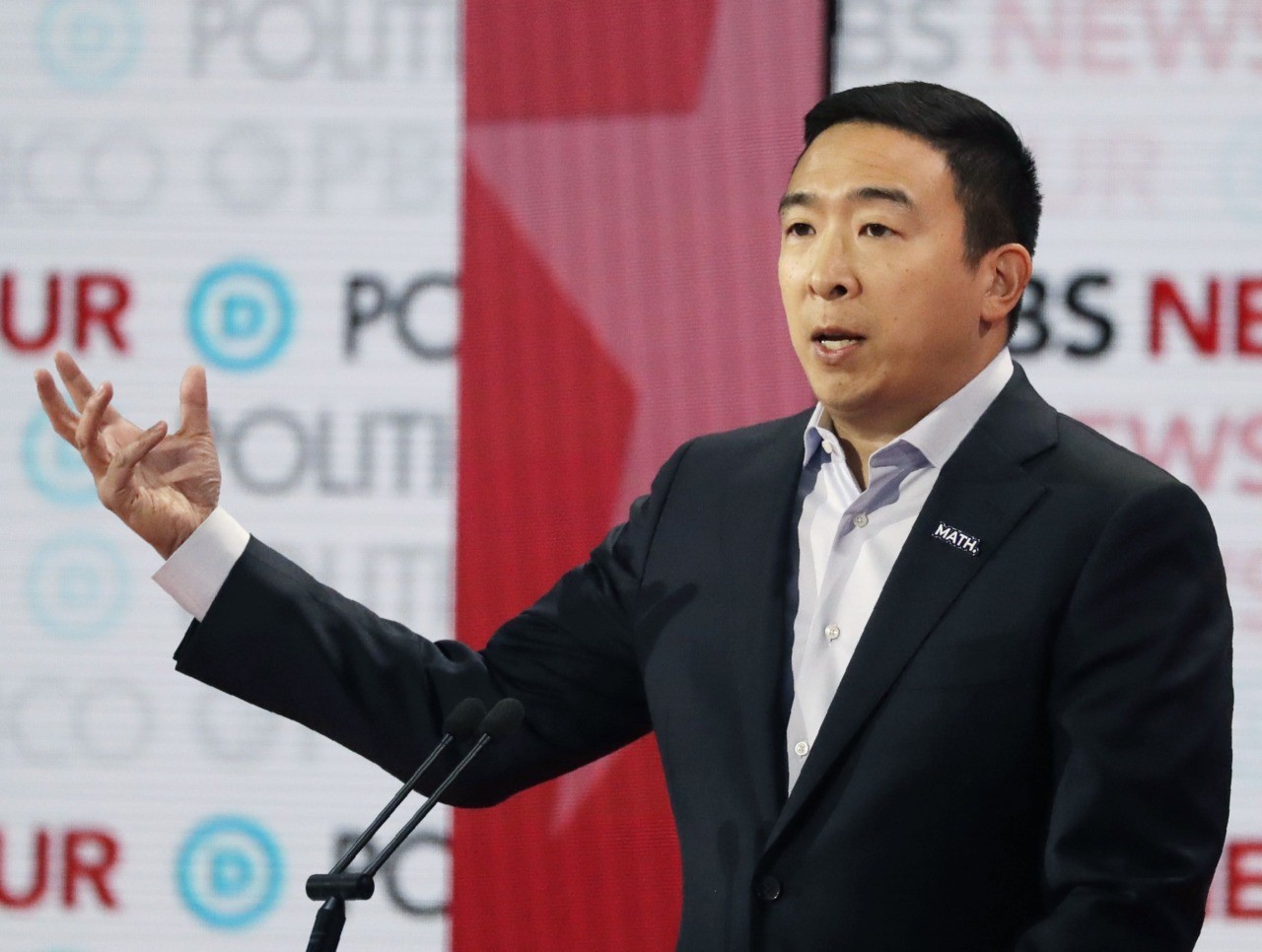 “Cancel culture has really become sort of a source of fear for many Americans where we live in a culture that you are somehow afraid that if you say the wrong thing that your life could be changed forever,” Yang told The Hill in 2019.

“To me, it’s vital that we humanize each other,” he added. “We humanize the consequences of some of these impulses not just in terms of who hears the expression but who is losing a livelihood as a result.”

As noted by Reason, Yang garnered a diverse group of supporters (the “Yang Gang”) through his promotion of Universal Basic Income (UBI), which would grant Americans $1,000 a month.

“That was never a particularly libertarian agenda, but Yang’s practical approach—find ways to help people who may have been hurt by capitalism, rather than destroy capitalism itself—nevertheless made him popular with a diverse range of people, including some libertarians,” noted Reason.