New York State Inspector General Letizia Tagliafierro has resigned amid a revived probe into the Office of the Inspector General (OIG), which pertains to a previous investigation into an illegal leak that was centered around Joe Percoco, a former aide of shamed former Gov. Andrew Cuomo.

A spokesperson for the OIG confirmed the resignation to the New York Post. “Yes, she has resigned. We have no further comment,” the spokesperson explained. Tagliafierro notified her office of her resignation in an email that was obtained by City and State New York. The email explained that she enjoyed her time as inspector general but failed to detail why she is leaving.

Tagliafierro was originally appointed as attorney general in 2019. Before then, she served as deputy secretary for intergovernmental affairs, special council for public safety, and special counsel to the governor. Moreover, the former inspector general was the executive director of the Joint Commission on Public Ethics (JCOPE) from 2013-2015. The commission operates as the state’s watchdog panel.

In 2019, an OIG investigation was launched into JCOPE after a whistleblower complained of an alleged leak from a JCOPE meeting. The meeting centered around a potential probe into Cuomo’s former disgraced aide Joe Percoco. Cuomo was reportedly briefed with the information that came from the leak and reportedly knew how certain commissioners voted regarding a potential probe. The whistleblower’s complaint resulted in an investigation into the leak.

As she previously served as executive director for JCOPE, former Inspector General Tagliafierro recused herself from the investigation, and the probe was conducted by former Deputy Director Spencer Freedman. The OIG investigation found that the office could not substantiate the whistleblower’s claims.

When details of the investigation came to light, it was discovered that the OIG neither interviewed Cuomo nor Assembly Speaker Carl Heastie, who received a phone call from an irate Cuomo immediately after the vote. 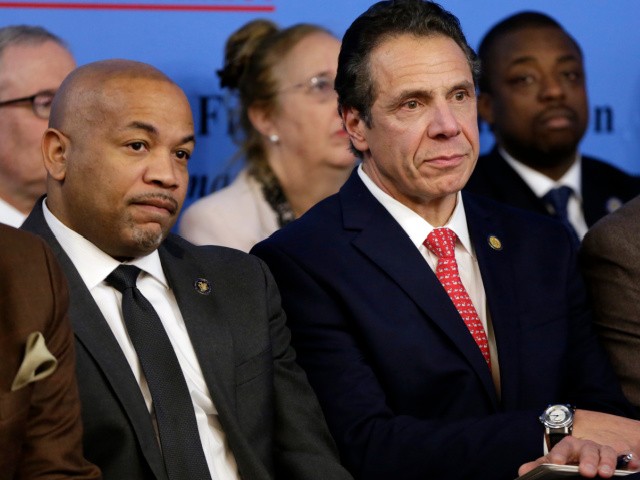 JCOPE voted to make a referral to Attorney General Letitia James regarding the launch of a criminal investigation into the matter. The secondary motion to carry out the investigation did not pass.