Leftists erupted with outrage on Twitter Sunday after news broke that the Senate parliamentarian said the reconciliation bill will not include a path to citizenship for illegal immigrants, including DREAMers, torpedoing President Joe Biden’s domestic agenda.

As the Associated Press noted, the Senate parliamentarian said, “Democrats can’t use their $3.5 trillion package bolstering social and climate programs to give millions of immigrants a chance to become citizens, a crushing blow to what was the party’s clearest pathway in years to attaining that long-sought goal.” 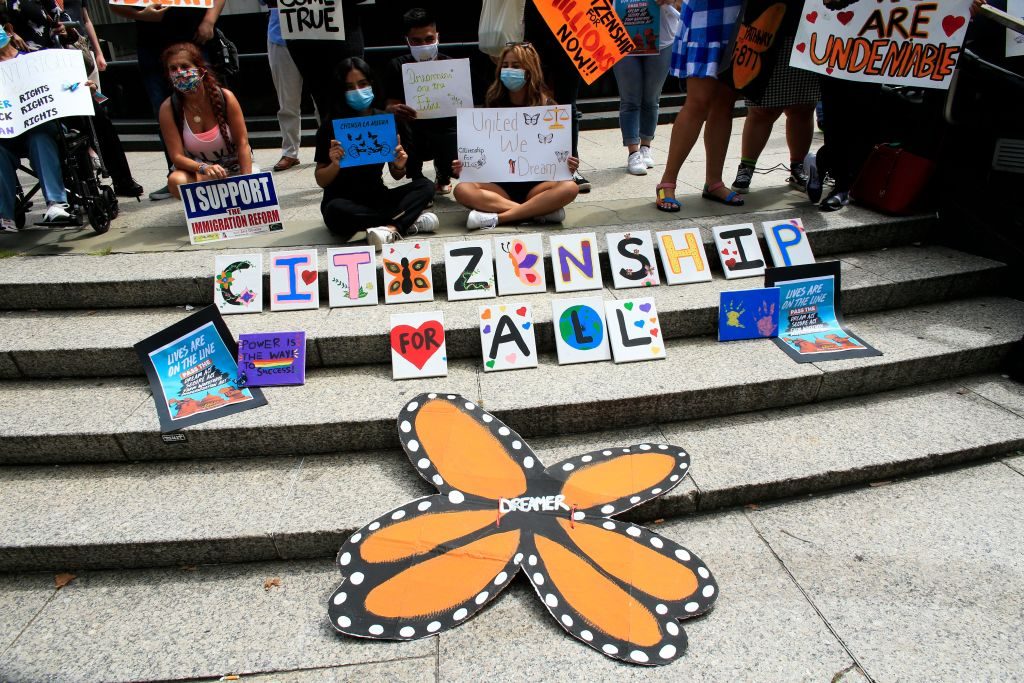 “The decision by Elizabeth MacDonough, the Senate’s nonpartisan interpreter of its often enigmatic rules, is a damaging and disheartening setback for President Joe Biden, congressional Democrats and their allies in the pro-immigration and progressive communities,” noted the Associated Press (AP).

As news of the setback poured out over social media, leftists and their allies were unanimous in their frustration, with many urging Senate Democrats to simply ignore MacDonough and ram the initiatives through anyway.

This ruling by the parliamentarian, is only a recommendation. @SenSchumer and the @WhiteHouse can and should ignore it.

We can’t miss this once in a lifetime opportunity to do the right thing. https://t.co/r1T7T7uQIP

Good thing @VP can overrule the senate parliamentarian if she truly believes in immigration justice reform.

The parliamentarian can be overruled. https://t.co/YFHpfCUGB5

The parliamentarian only issues non-binding advisory opinions. Elizabeth McDonough does not and cannot issue “rulings.” Senators are free to ignore the parliamentarian’s advice (as Nelson Rockefeller did as Senate president in 1975) or fire them (like Trent Lott did in 2001) https://t.co/AQHGlCZFdD

See how that works?

The parliamentarian’s recommendation is just that: a recommendation. Democrats can still deliver citizenship this year. It’s time they side with millions of immigrants, our friends, and our communities. This isn’t over. We need citizenship THIS YEAR.

NO, the ruling of the Parliamentarian on immigration does NOT mean the door is closing”. We have more chances to include a path to citizenship in the reconciliation package. Let keep pushing!

There's no basis to exclude immigration reform from reconciliation when a parliamentarian ruling in 2003 pretty much explicitly said it was allowed. https://t.co/gh9oQt5T1T

If we were Senate Democrats we would simply overrule the parliamentarian https://t.co/xpPqJ2IaA2

Senate Majority Leader Chuck Schumer (D-NY) said in a statement that his colleagues will be preparing “alternate proposals” over the next few days:

“Senate Democrats have prepared alternate proposals and will be holding additional meetings with the Senate parliamentarian in the coming days.” 2/

“The American people understand that fixing our broken immigration system is a moral and economic imperative. America has always been that shining city on the hill that welcomes those pursuing the American Dream and our economy depends more than ever on immigrants.”