Although we all know climate change is a hoax, the far-left New Yorker is still aggressively looking to normalize and legitimize eco-terrorism.

Over the past week, many in the far-left media have attacked me as crazy and paranoid over my watertight theory that the organized left (Democrats, media, etc.) are deliberately degrading and dehumanizing the unvaccinated as a means to ensure they remain unvaccinated.

It works like this: First, the left identifies the “unvaccinated” as “Trump supporters” and then savage and bully them into a psychological corner where they will, of course, become even more obstinate about refusing to get vaccinated.

And I’ll tell you what other fact it doesn’t change… The fact the left has been openly embracing and championing domestic terrorism for years. We’ve recently seen it with the left’s ongoing defense and encouragement of the domestic terrorists in Black Lives Matter and Antifa, two hyper-violent groups responsible for unimaginable acts of violence and property destruction. 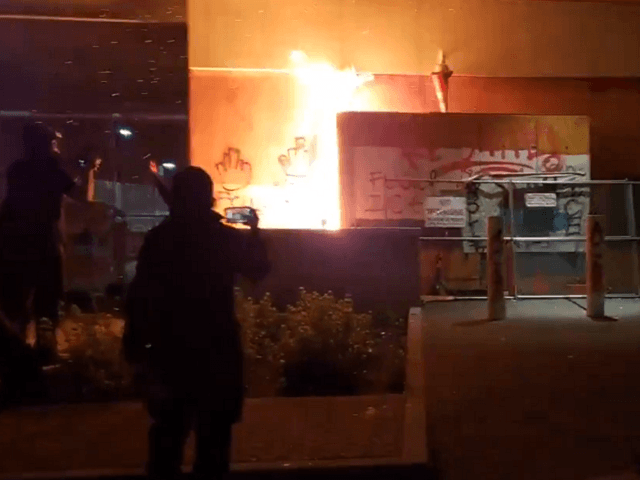 This brings me to the far-left New Yorker and its own latest attempt to normalize domestic terror.

On Friday, the New Yorker hosted Andreas Malm, an environmental extremist who endorses domestic terrorism to save Mother Earth. He calls it “intelligent sabotage,” but it’s terrorism.

Malm, a Swedish professor, wrote a book called How to Blow Up a Pipeline, which describes itself this way (I don’t link to terrorist stuff):

In this lyrical manifesto, noted climate scholar (and saboteur of SUV tires and coal mines) Andreas Malm makes an impassioned call for the climate movement to escalate its tactics in the face of ecological collapse. We need, he argues, to force fossil fuel extraction to stop–with our actions, with our bodies, and by defusing and destroying its tools. We need, in short, to start blowing up some oil pipelines.

Offering a counter-history of how mass popular change has occurred, from the democratic revolutions overthrowing dictators to the movement against apartheid and for women’s suffrage, Malm argues that the strategic acceptance of property destruction and violence has been the only route for revolutionary change.

Nice. And you know this asshole wrote that sitting in air conditioning.

“Andreas Malm insists that the environmental movement rethink its roots in nonviolence and instead embrace ‘intelligent sabotage,'” is how the New Yorker describes the 22-minute podcast interview, which opens with Malm bragging about running through a neighborhood deflating everyone’s SUV tires. Never once does the New Yorker’s David Remnick challenge the morality of that. Malm then moves on to openly call for property destruction, including “attacking construction equipment” and “blowing up a pipeline.”

Laughably, the only time Remnick uses the word “terrorism” is when he asks Malm what to do about Fox News labeling this terrorism as “terrorism.” 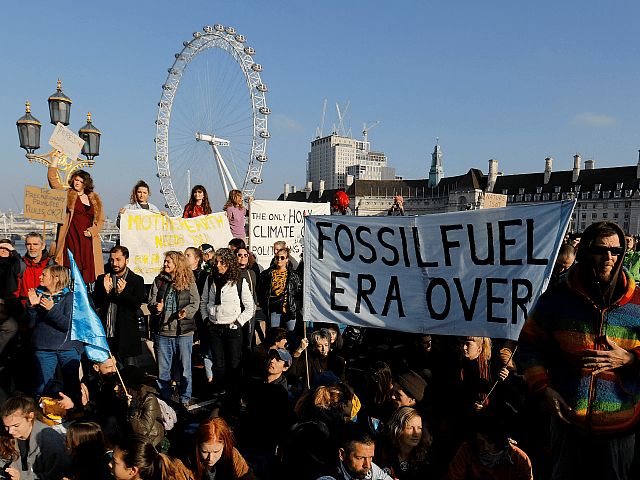 Demonstrators take part in a pro-environment protest as they block Westminster Bridge in central London on November 17, 2018, to show anger at what they see as government inaction on climate and ecological issues. – Organized by Extinction Rebellion, the protest is part of many taking place this weekend to bring attention to what they describe as political inaction on issues of pollution and climate change. (Photo by Tolga AKMEN / AFP) (Photo credit should read TOLGA AKMEN/AFP/Getty Images)

Of course, the basis for all this violence is the left’s ongoing climate change hoax, and people like Remnick and Malm know it’s a hoax. Do you see any of these frauds behaving as though they believe the planet is genuinely in peril?

A good example is the location of the New Yorker headquarters, which is on the island of Manhattan—the same island the “experts” have repeatedly told us would be underwater by now.

If the New Yorker truly believed Climate Change was real, it would have fled Manhattan’s “doomed” island a decade ago.

Global warming, climate change… Whatever they’re calling it this week… It’s a hoax, a power grab, a socialist in sheep’s clothing.

Climate alarmists are currently 0-53 with their doomsday prediction. Why would anyone believe number 54?

When you don’t have an argument, you commit terrorism.

These people are evil and they want us dead.