More than half of Americans are “not” confident in the  Joe Biden administration’s ability to vet tens of thousands of Afghans they are continuing to bring to the United States for resettlement, a new survey reveals.

The latest Pew Research Center survey shows that 55 percent of American adults — including 83 percent of Republicans and those who lean Republican — do not have confidence in the Biden administration to adequately vet the roughly 95,000 Afghans they are seeking to bring to the U.S. over the next 12 months for resettlement in 46 states.

Meanwhile, just 12 percent of Americans said they are “very confident” in the vetting of Afghans being brought to the U.S. and 31 percent said they are “somewhat confident.” 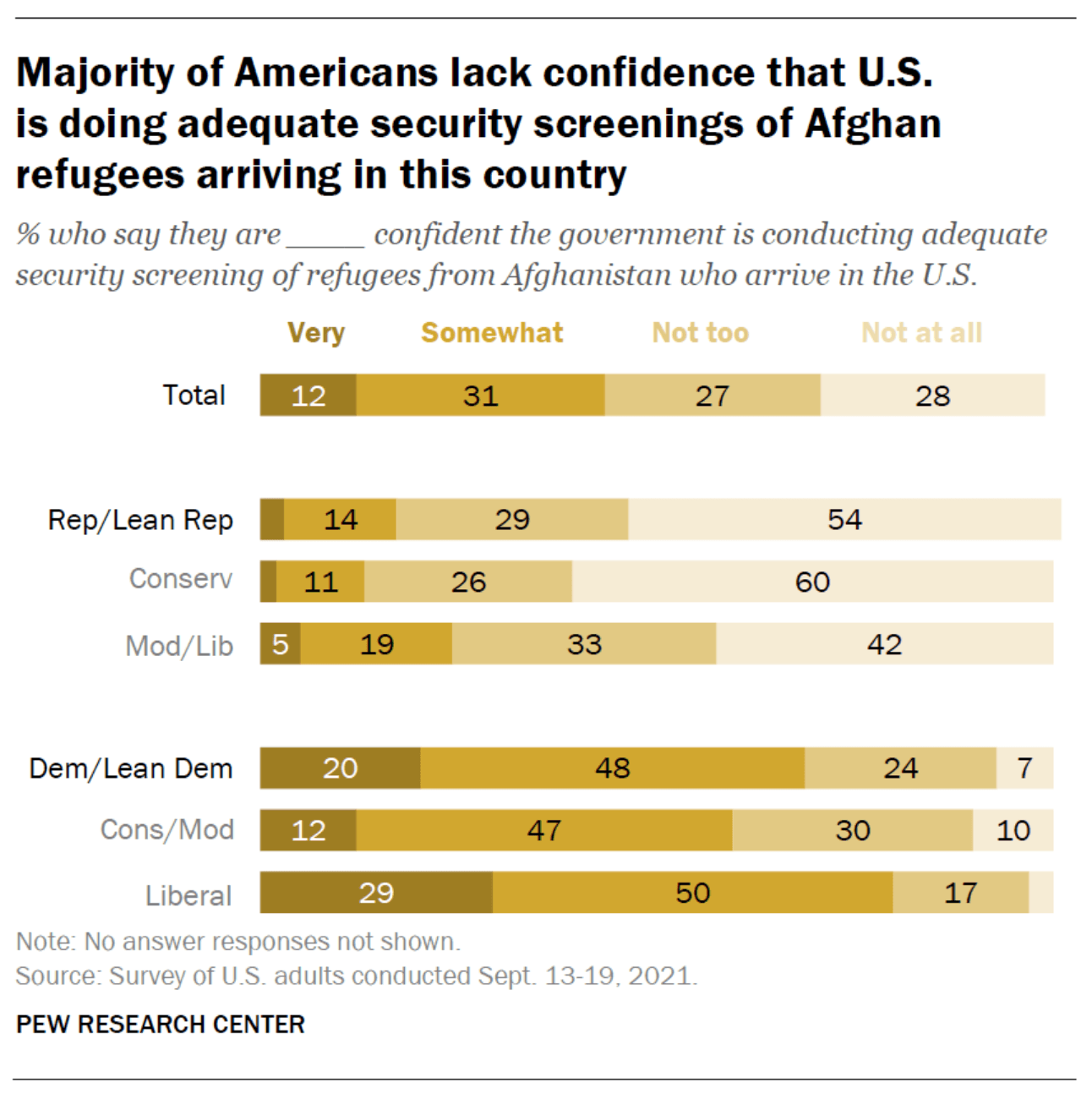 In addition, the Pew Research survey found that the majority of Republicans, 63 percent, oppose Biden’s bringing tens of thousands of Afghans to the U.S. for resettlement — including 65 percent of those who call themselves “conservatives” and 6-in-10 of those who say they are “moderates.”

Only 35 percent of Republicans say they support resettling Afghans in the U.S. 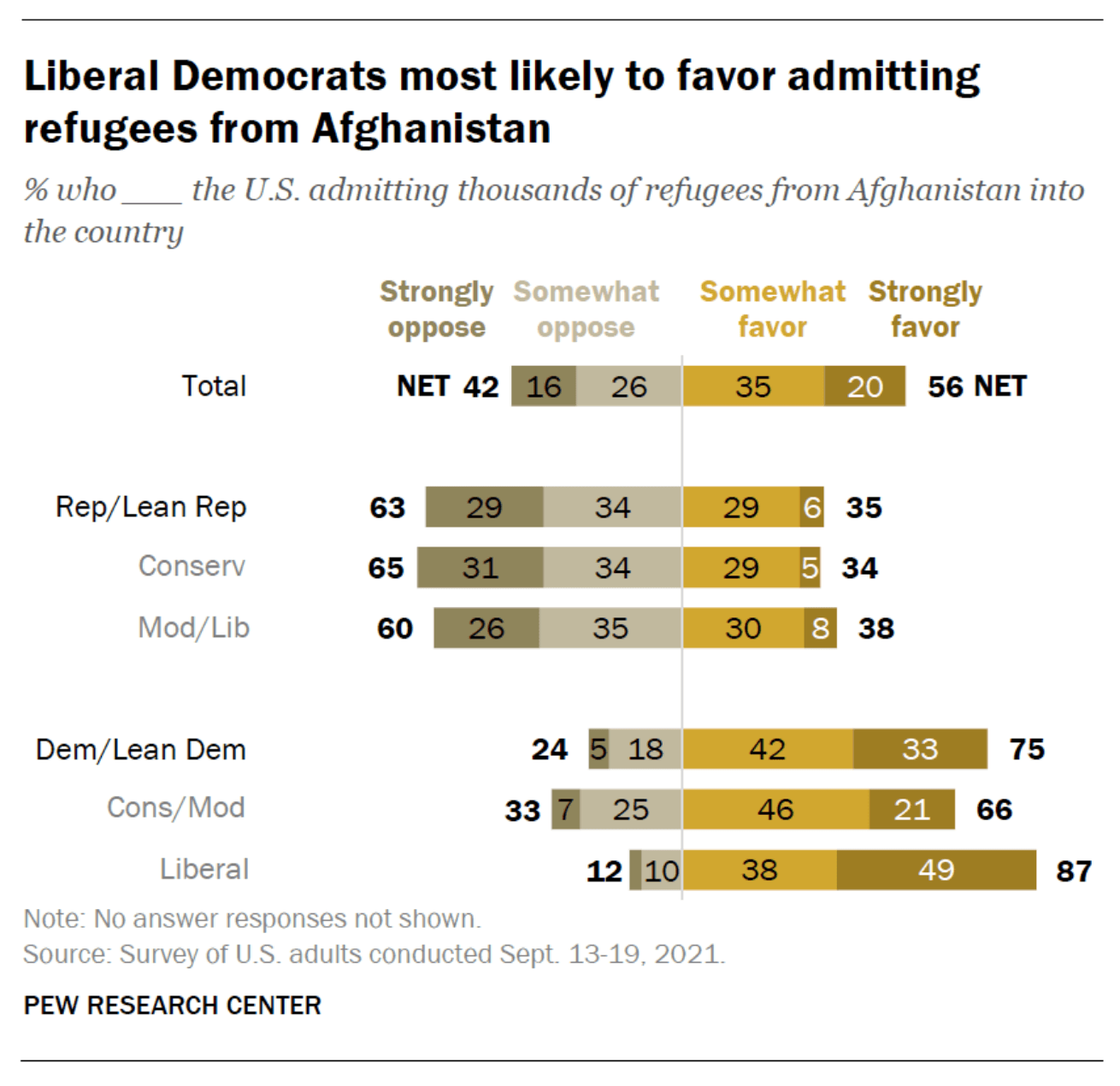 This widespread opposition to Biden’s resettlement operation is in contrast to the 18 Republican governors who have voiced their support for resettling in their states. Those GOP governors supporting Afghan resettlement include:

Rep. Matt Rosendale (R-MT) has been one of a handful of elected Republicans in Washington, D.C., sounding the alarm over the Biden administration’s seemingly lax vetting procedures for Afghans.

In details revealed last week, two Afghan men were hit with federal charges for sexual and violent crimes they allegedly committed while living on the Fort McCoy base in Wisconsin. One of the Afghans is accused of strangling and suffocating his wife who he has allegedly abused for years. The other Afghan is accused of molesting 12-year-old and 14-year-old boys and threatening them with violence if they reported the alleged abuse.

Similarly, Biden has reportedly brought back to the U.S. two Afghan men who were previously convicted of felonies and subsequently deported.

Sen. Chuck Grassley (R-IA) has sought information about Afghans arriving in the U.S. but has not received any response from the Department of Homeland Security (DHS) thus far. Grassley wants to know how many Afghans on the government’s “No Fly List” have sought entry to the U.S., among other vital security details.