An Afghan man, brought to the United States as part of President Joe Biden’s massive resettlement operation out of Afghanistan, is accused of molesting 12-year-old and 14-year-old boys at Fort McCoy in Wisconsin.

This week, the Department of Justice (DOJ) announced federal charges against Bahrullah Noori, a 20-year-old Afghan who recently was placed at Fort McCoy as part of Biden’s resettlement operation that will bring at least 95,000 Afghans to the U.S. 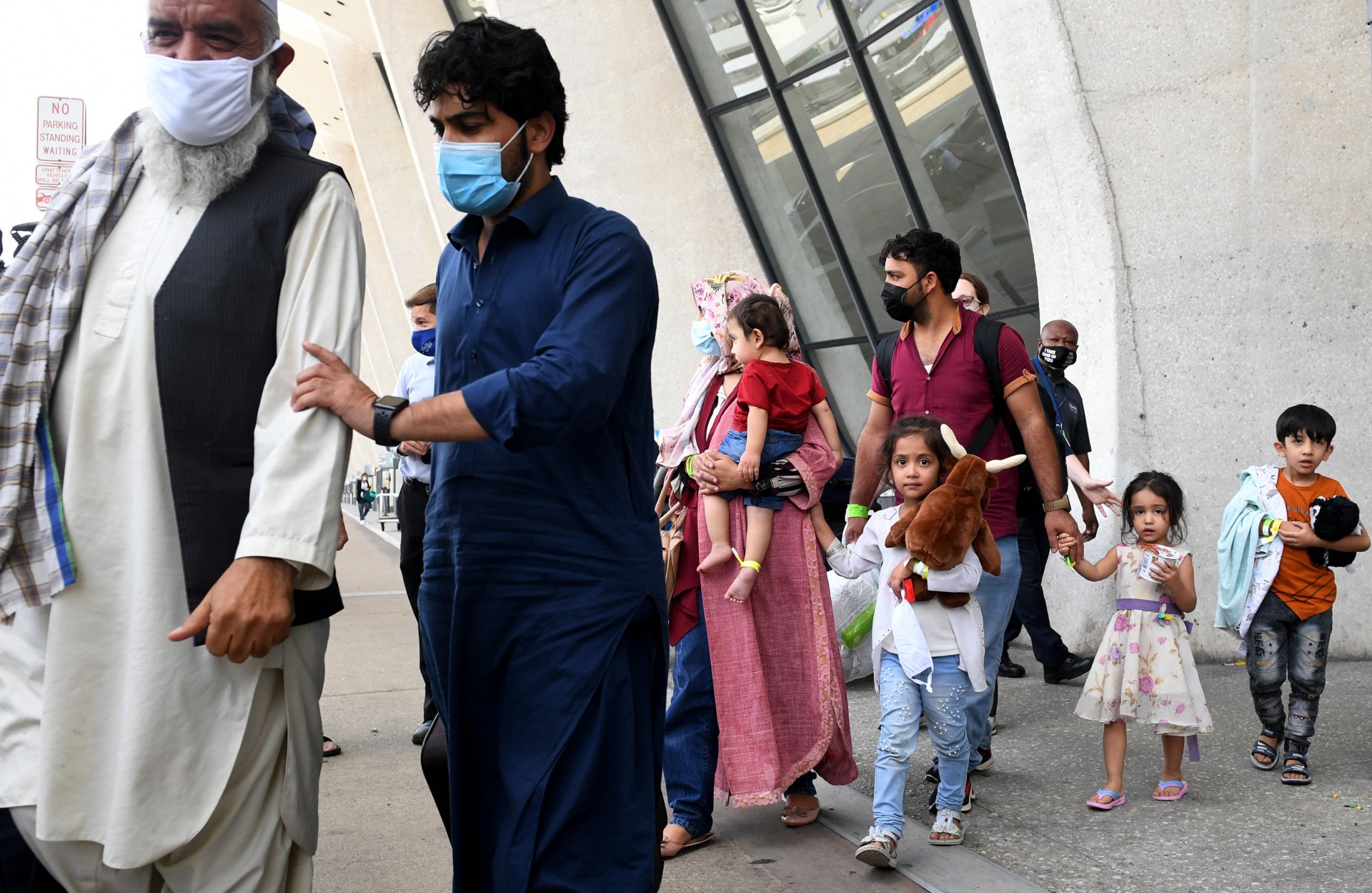 Afghan refugees arrive at Dulles International Airport on August 27, 2021 in Dulles, Virginia, after being evacuated from Kabul following the Taliban takeover of Afghanistan. (OLIVIER DOULIERY/AFP via Getty Images).

Prosecutors initially stated that Noori had been charged with trying to forcefully engage in sexual acts with a minor while temporarily living at Fort McCoy, along with three counts of engaging in a sexual act with a minor and one count alleging the use of force.

New details published in the Wisconsin State Journal reveal that another Afghan man living at Fort McCoy reported Noori to the Federal Bureau of Investigation (FBI) after he said he caught him molesting a 12-year-old boy and a 14-year-old boy on two separate occasions.

According to an affidavit, Noori had allegedly been molesting the two boys for the past two weeks at Fort McCoy and threatened to beat them if they told anyone of the sexual abuse.

The man who reported the alleged abuse to the FBI said, in one instance on September 11, he walked into a bathroom to find Noori taking off the clothes of a 14-year-old boy and attempting to have sex with him.

In another instance that same day, the man said he caught Noori kissing a 12-year-old boy. In interviews with the FBI, subsequently, the two boys told investigators that Noori had inappropriately touched, kissed, and bit them.

Noori has yet to enter a plea and remains in Dane County, Wisconsin Jail.