Dr. Anthony Fauci indicated this week the definition of fully vaccinated could shift to include only people who received a booster shot.

Speaking with the Atlantic, President Joe Biden’s chief medical adviser suggested a vaccination regimen will not be complete until people receive a third dose of the shot.

I’ve made it clear that my opinion has always been that I believe that a third-shot booster for a two-dose mRNA [vaccine] should ultimately and will ultimately be the proper, complete regimen. The vaccine is very successful. The durability of it is something that’s a subject of considerable discussion and sometimes debate.

Though Fauci has previously indicated boosters could be a possibility for Americans, the Atlantic noted his suggestion that a third dose would constitute a “complete regimen” for the vaccine was a “stronger tack” when compared to his past statements regarding booster shots. 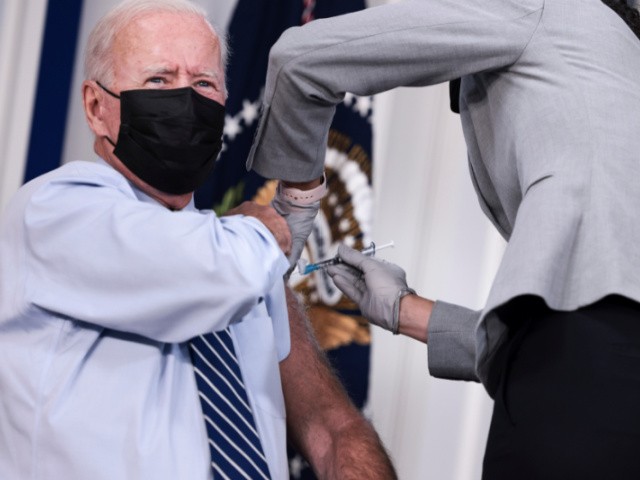 In the same interview, Fauci further elaborated he believes in “preventing people from getting sick” with the coronavirus, not just preventing death or hospitalization. Fauci said:

It is an assumption that it’s okay to get infected and to get mild-to-moderate disease as long as you don’t wind up in the hospital and die. And I have to be open and honest: I reject that. I think we should be preventing people from getting sick from COVID even if they don’t wind up in the hospital. Ultimately I believe that the optimal regimen for the mRNA [vaccines] is going to include that third booster shot. 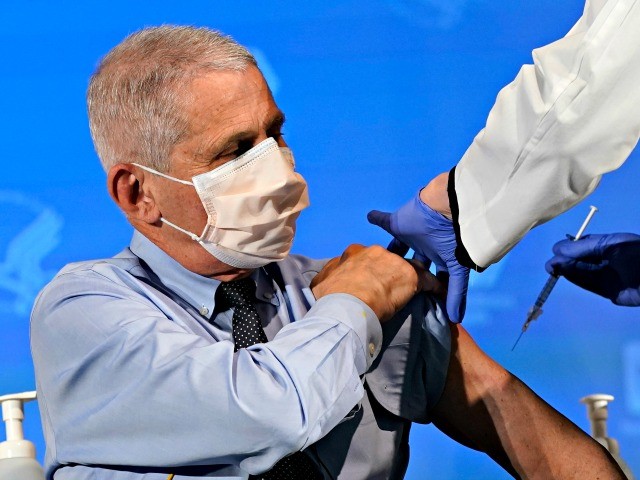 When asked if it has been properly “communicated” that a full vaccine regimen would include a third dose, Fauci admitted scientists did not “know” if it would be necessary during clinical trials, adding they “did not fully appreciate” the vaccine’s durability. According to Fauci:

We did not always know that a third dose would likely be an important part of the proper, complete regimen. In the early trials, we started off with a prime followed by a booster. And the results were so strikingly good, both in the animal model and in the Phase 1, Phase 2 trials, that we didn’t have the luxury to say, “Wait a minute, we’re going to try multiple different doses and make sure we get it just right.” We were in an emergency situation, so we went with what was really good. Already the track record has shown you that it has saved millions of lives.

What we did not fully appreciate—and there was no way of knowing it—is what the durability of that would be. I’m an immunologist, and I know what other immunologists say is true: The antibody level going down doesn’t necessarily mean that you’re not protected, because you have memory B cells; you have T cells. But the clinical phenomenon is the thing that you need to pay attention to. And that’s what we were seeing: Over time, protection against hospitalization was going down, starting off with the elderly and then even occurring across age groups. Without a doubt, the protection against clinically recognizable disease was going down.

Given the data scientists have now regarding the vaccine’s durability, Fauci concluded people “would need at least a third dose.” He could not say for sure if that could eventually mean people would have to get a booster shot annually. Fauci explained:

What we’re starting to see now and fully appreciate is that it is likely, for a real, complete regimen, that you would need at least a third dose. Now, the question is going to be, does that mean we have to boost people every single year? We don’t know that now.

Currently, the Food and Drug Administration (FDA) has only approved the Pfizer booster shot for Americans 65 and older, as well as high-risk Americans, and are to be injected 6 months after people receive their first two doses. Originally, the Biden administration had proposed booster shots for all American adults eight months after the first two doses.

My interview with Doctor Anthony Fauci who says Americans should not worry about talk of possible booster shots. https://t.co/iCGeBfNzvn