Biden’s approval rating among independents is down from 62 percent in July.

Among black Americans, 42 percent approve of Biden, down from 49 percent in July.

Biden’s approval has also tanked on the immigration issue. Thirty-five percent approve of Biden’s immigration management, eight points lower than April, “when it was already one of Biden’s worst issues,” the poll explains. “Immigration is a relative low point for Biden within his own party with 60% of Democrats saying they approve, along with 6% of Republicans.” 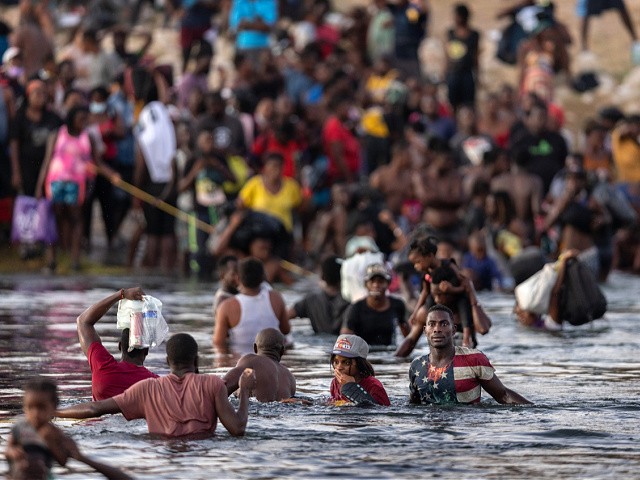 Migrants, mostly from Haiti gather on the bank of the Rio Grande on September 19, 2021, in Ciudad Acuna, Mexico, across the border from Del Rio, Texas. (John Moore/Getty Images)

Biden’s poor polling numbers come as the Biden-Harris administration is trying to force through more than $4 trillion worth of spending while inflation has dramatically increased.

But the legislation has not come to fruition because the far-left Democrats are infighting with the more temperate members of the caucus, threatening Biden’s agenda heading into an election year in 2022. 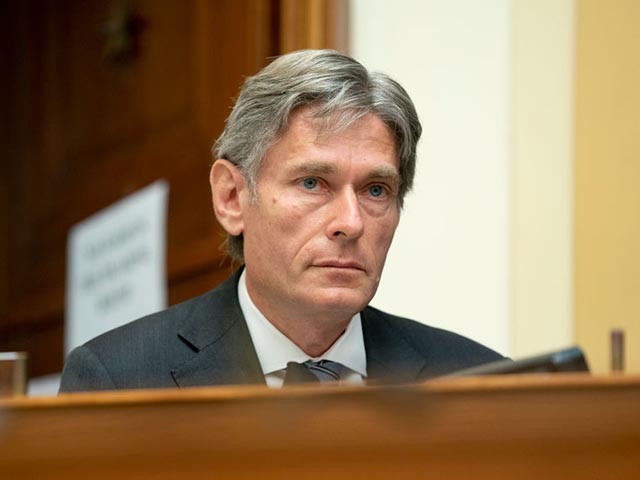 The Associated Press-NORC polled 1,099 adult respondents and was conducted September 23 to 27. The margin of error is 4.2 percent.