Investigators with the Federal Bureau of Investigation (FBI) swarmed the office amid an investigation into the union that is led by president Ed Mullins. 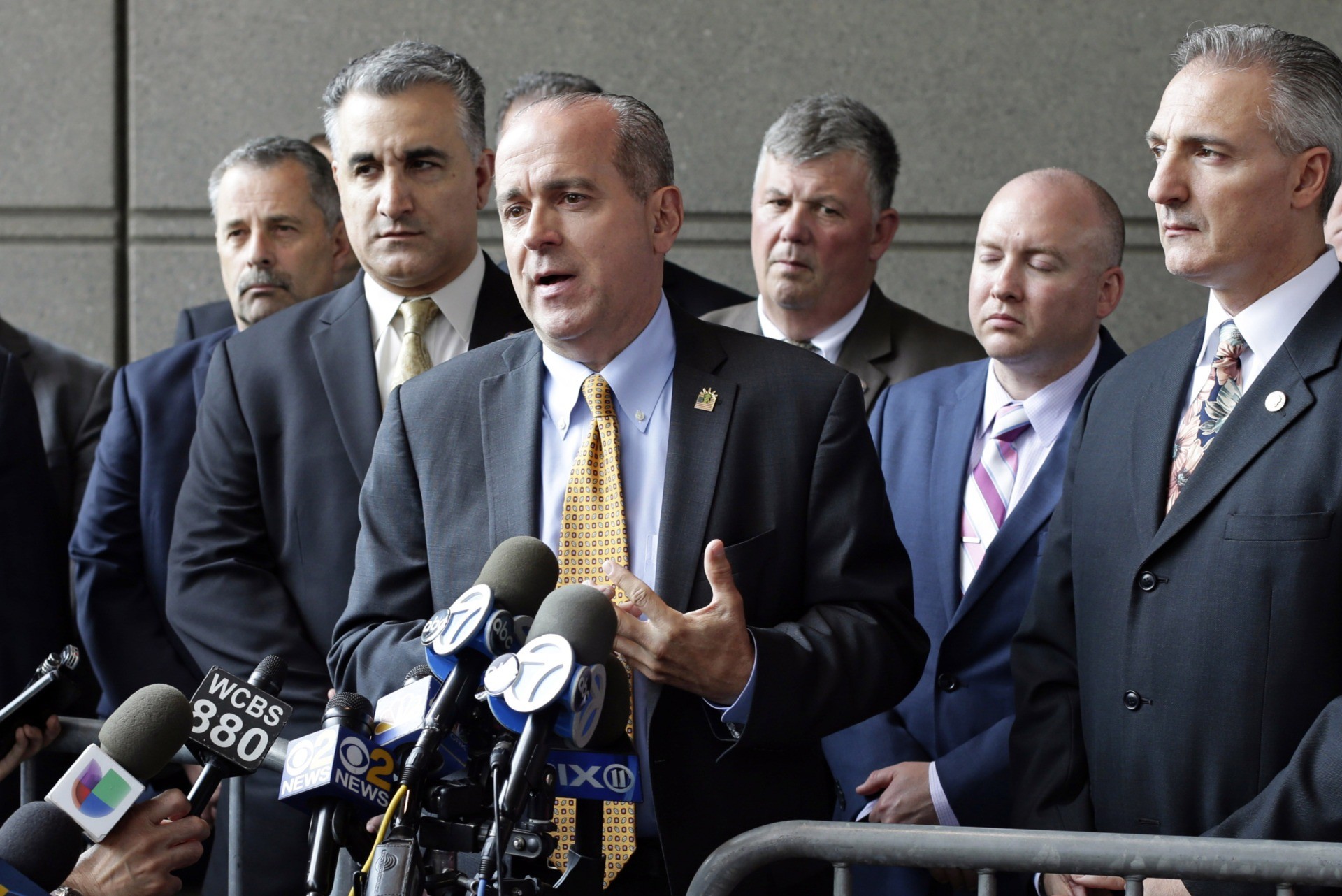 In this May 31, 2017, file photo, Sgt. Ed Mullins, the head of the Sergeants Benevolent Association, center, speaks to the media outside of the Bronx Supreme Court in the Bronx borough of New York. (AP Photo/Frank Franklin II)

“Mullins’ home in Port Washington was also raided, sources said. The details of the investigation into the union are unclear, but the raids are part of a long-term investigation, a law enforcement source said,” according to the Post.

FBI spokesperson Martin Feely confirmed the probe but did not offer additional details.

“We are carrying out a law enforcement action in connection with an ongoing investigation. I cannot confirm the details of the investigation,” Feely wrote in an email to the outlet. 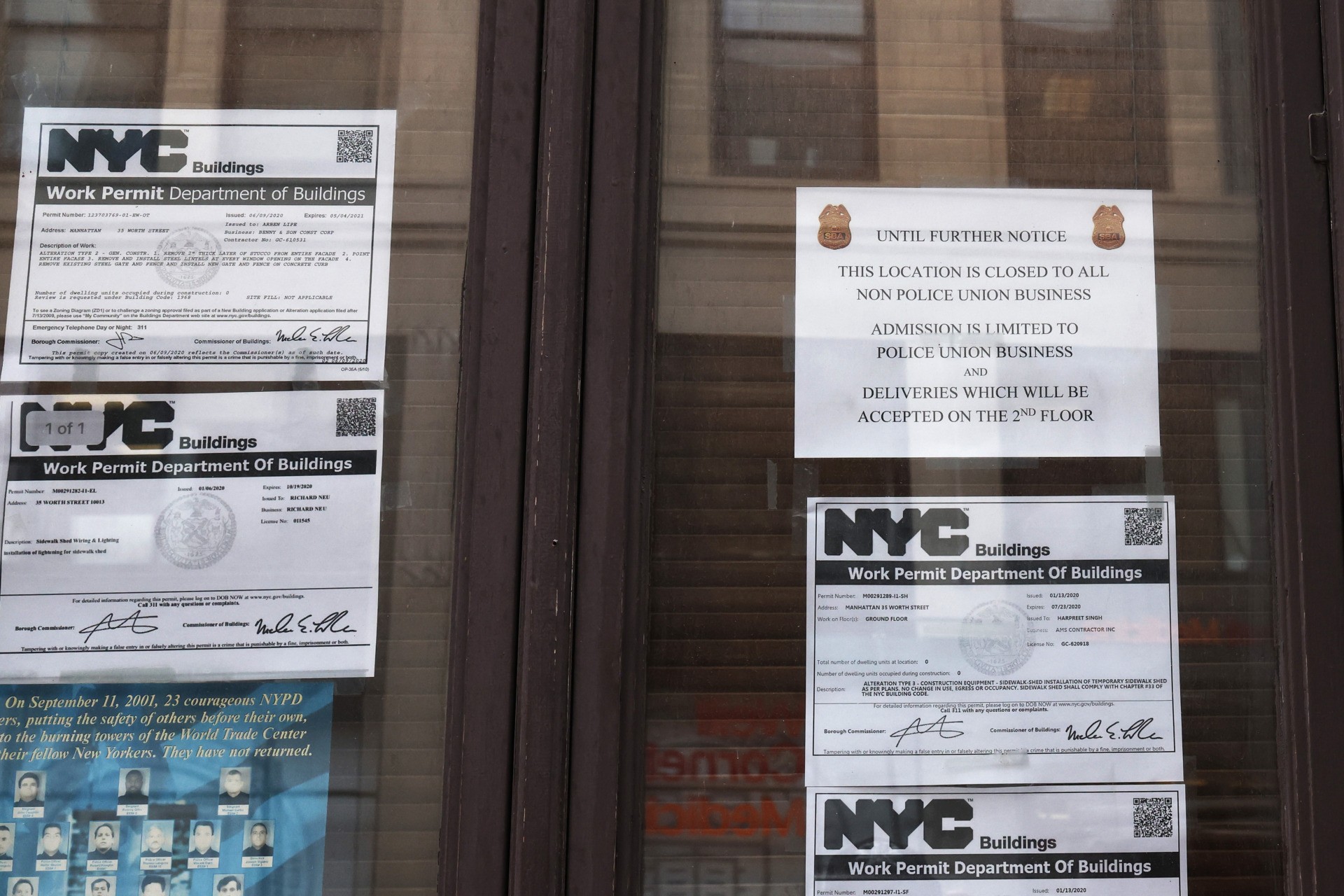 “The [Sergeants Benevolent Association] has only practiced division, they foment hatred … they do not try to help us move forward,” de Blasio said during a press conference. “They don’t try to create anything good. I have no respect for the leadership of the SBA.”

Mullins, an outspoken critic of de Blasio, hit back at the mayor, saying, “This is the first time since he’s been in office that he’s told the truth.” 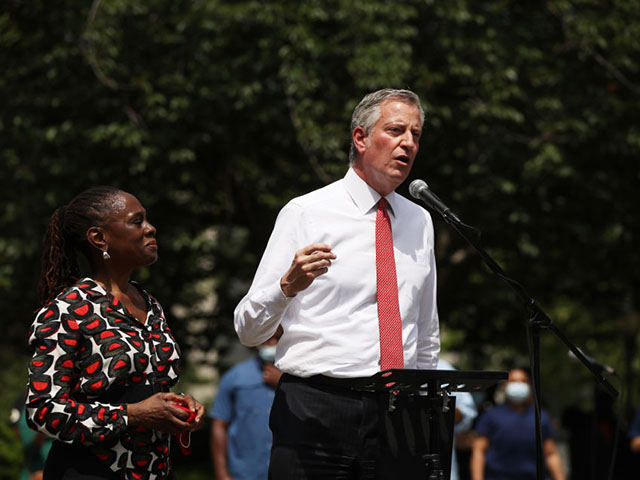 New York Mayor Bill de Blasio speaks to an estimated 10,000 people as they gather in Brooklyn’s Cadman Plaza Park for a memorial service for George Floyd, the man killed by a Minneapolis police officer on June 04, 2020 in New York City. (Photo by Spencer Platt/Getty Images)

“The City knows he hates cops and accountability, thank him for finally being honest,” the union boss noted.

Mullins gained attention last year when the SBA shared a confidential, unredacted arrest report about de Blasio’s daughter, Chiara, once she was busted during a George Floyd protest.

“How can the NYPD protect the city of NY from rioting anarchist when the Mayors object throwing daughter is one of them. Now we know why he is forbidding Mounted units to be mobilized and keeping the NYPD from doing their jobs,” the tweet read, according to the Post.

Now, Mullins faces a trial on internal charges related to the tweet and additional online posts.

De Blasio said Tuesday during an unrelated press conference he knew of the union office being raided.

“All I’ve been told is the FBI has raided the SBA headquarters,” de Blasio stated.