President Joe Biden and his administration have not taken responsibility for the ongoing coronavirus pandemic and the resulting supply chain crisis, including Vice President Kamala Harris, who said on Wednesday that workers not making enough money is partly to blame.

“Empty shelves for consumers and missing parts for local manufacturers — it all adds up to inconvenience and now an inflation rate of 5.4 percent in September,” the CBS station in western Pennsylvania said ahead of its interview with Harris. “On Wednesday, President Joe Biden said the delays in unloading ships with products at America’s ports require a 24/7 approach, nonstop unloading of ships.”

The interviewer asked Harris what she and the Biden administration are doing “to alleviate these problems in western Pennsylvania and throughout the nation?”

Harris deflected the question by claiming the problem started before she and Biden were elected.

“It’s a big issue for western Pennsylvania, throughout the nation, and actually a global issue,” Harris said. “The supply chain issue also actually predated the pandemic but it’s been highlighted during the pandemic.” 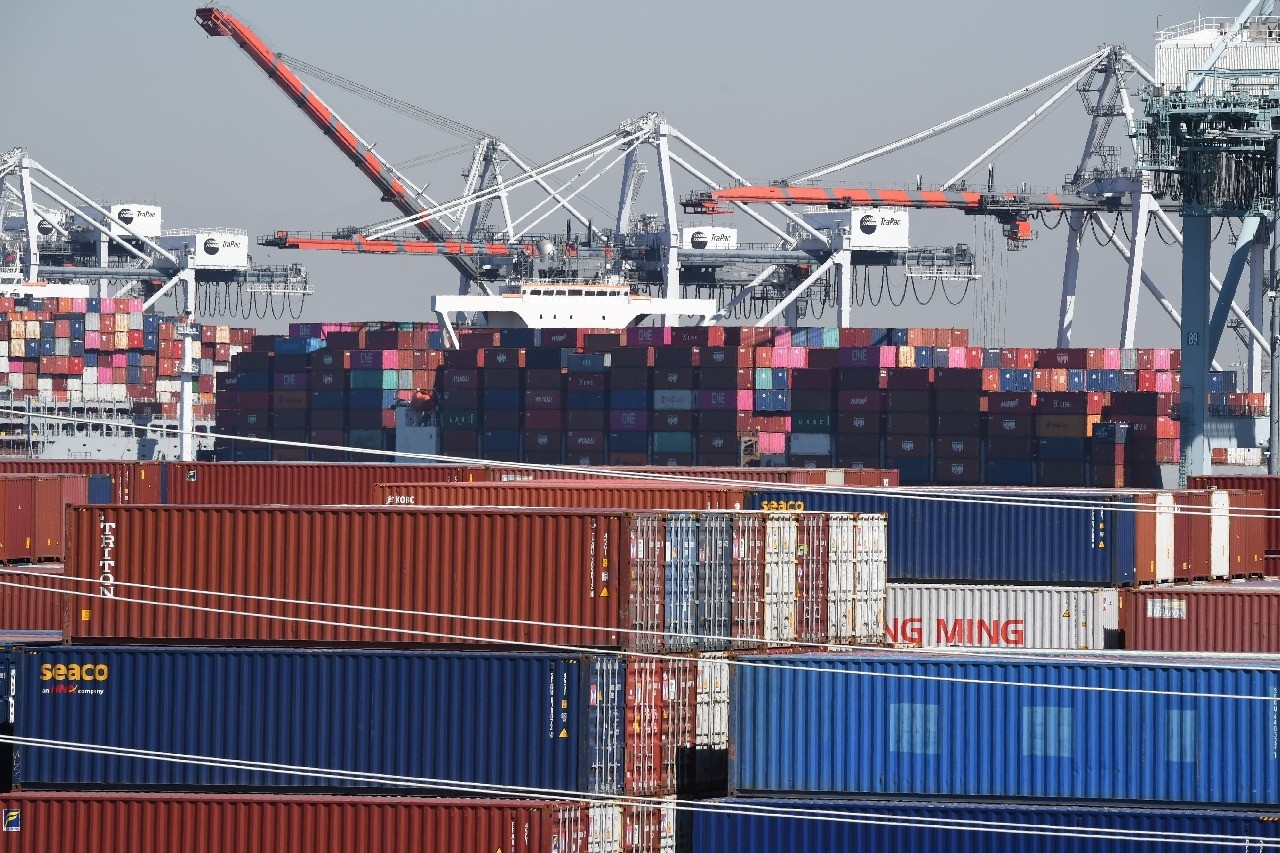 Containers are piling up at ports. (AFP/Robyn Beck)

The interviewer did not follow up but asked if the 24/7 work plan would solve the problem “short term.”

Harris said it would, but then blamed worker pay as a reason for the supply chain problems.

“But listen, part of it is also saying, let’s take care of workers,” Harris said. “This also needs to be about paying workers their value, paying the wages that reflect the value of their work.”

Harris refused to say what she thought was the most important part of the multi-trillion dollar “infrastructure” bills Democrats are trying to make law, saying to answer would be “like asking you to pick your favorite child, right?”

“They are all important,” Harris said.