His Fraudulency Joe Biden’s average job approval rating has just hit a new low of 42 percent in the RealClearPolitics poll of polls.

In other words, Biden had been four points above water. Today he is 9.3 points underwater. That’s a massive swing of 13.3 points to the negative in just eight or so weeks.

Of the last ten polls released, Biden has been upside down in eight of them. Only fake pollsters, such as CNNLOL and Reuters, have not shown Biden with a negative rating. CNNLOL embarrassed itself by releasing a poll that showed Biden with a 50 percent approval rating and a 50 percent disapproval rating. The Reuters hoax poll showed Biden at +1, with 48 approve, and 47 percent disapprove.

One of the most interesting developments we see in the polling is a couple of examples where Biden actually does worse with surveys of “all adults” than the tighter screened “registered voters.”

Democrats tend to poll better as you decrease the screening process, and they tend to do better with “all adults” as compared to “registered” and, most especially “likely” voters.

This finding is backed by a just-released Grinnell College poll that has Biden sitting at 37 percent approve, 50 percent disapprove among “all adults.”

On his handling of specific issues, the RealClearPolitics averages show nothing but bad news for Slow Joe.

By a margin of 42.3 percent approve and 50.8 percent disapprove, Rapey Joe is upside down on the economy by 8.5 points. 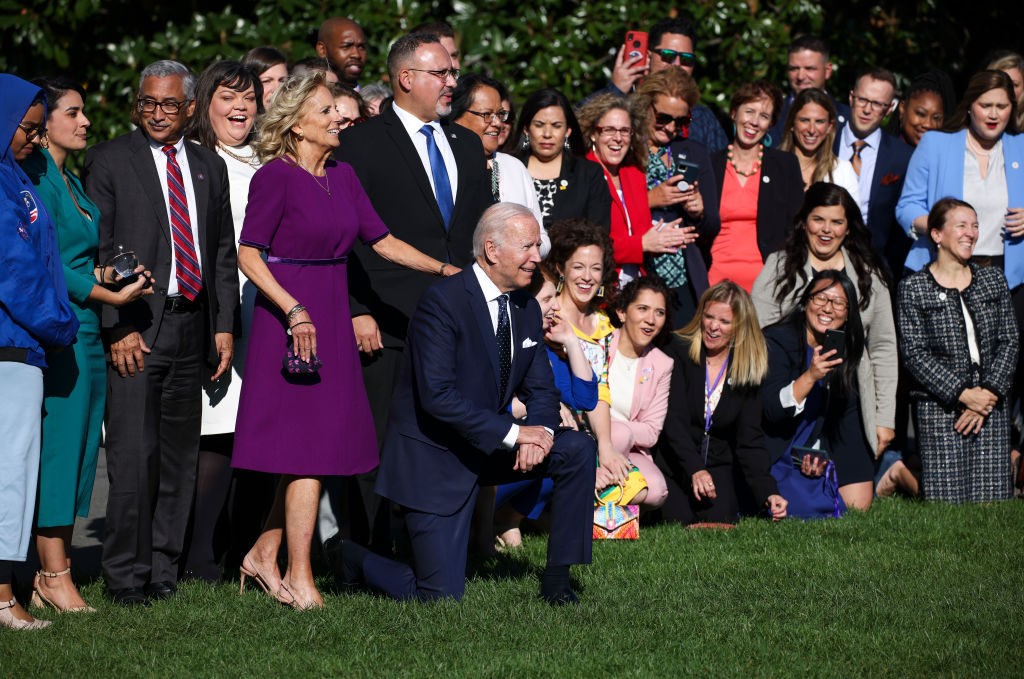 President Joe Biden, First Lady Jill Biden and Education Secretary Miguel Cardona pose for a photo with the 2021 and 2020 State and National Teachers of the Year following an awards ceremony at the White House on October 18, 2021 in Washington, DC. (Kevin Dietsch/Getty Images)

By a margin of 49.4 approve and 44.6 disapprove, Biden is only right-side-up 4.8 point on his handling of the coronavirus, which was supposed to be his strong suit. There was a time he was up by double digits.

On immigration, he’s upside down by a whopping 26.9 points thanks to a 31.8 percent approval rating and 58.7 percent disapproval rating.

On foreign policy, he’s upside down by 14.8 points. Only 38.4 percent approve, while 3.2 percent disapprove. 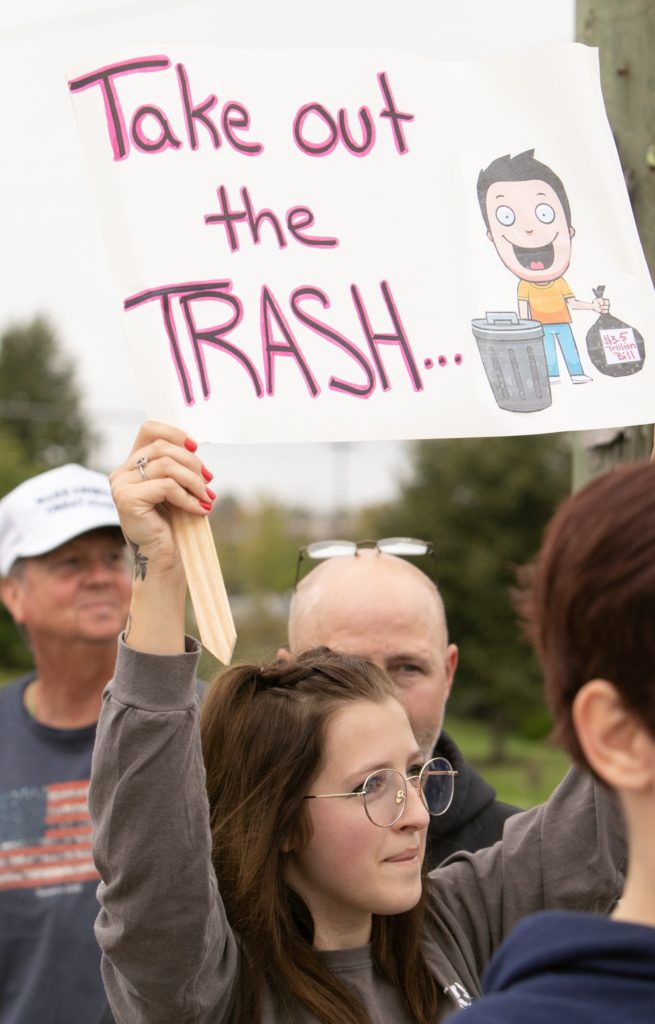 He’s the one who botched Afghanistan. He’s the one overheating the economy with the cruel tax of inflation created by his insane spending. He’s the one flooding the country with unvaccinated illegals.

He’s the one undermining confidence in the coronavirus vaccine. He’s the one who hired a sociopathic small-town mayor to run transportation and who went on paternity leave as our supply chains fell apart.

He’s the one strangling our energy sector, which is exploding energy prices.