North Korea on Wednesday claimed to have successfully test-fired a “new type” of submarine-launched ballistic missile (SLBM) a day earlier on Tuesday according to a report published by the state-run Rodong Sinmun newspaper.

South Korea’s military said it believed Pyongyang had fired “what appears to be a submarine-launched ballistic missile (SLBM) toward the East Sea” on October 19.

“The short-range missile was launched from waters east of Sinpo, a city on the North’s east coast,” according to South Korea’s Joint Chiefs of Staff.

“The missile traveled about 590 kilometers at a top altitude of around 60 km,” South Korea’s Yonhap News Agency reported, citing an unnamed source within the country’s military.

Seoul said at the time it was considering the possibility that North Korea’s military “might have used a submarine as a launch platform” for the missile as Sinpo also serves as Pyongyang’s main submarine shipyard. 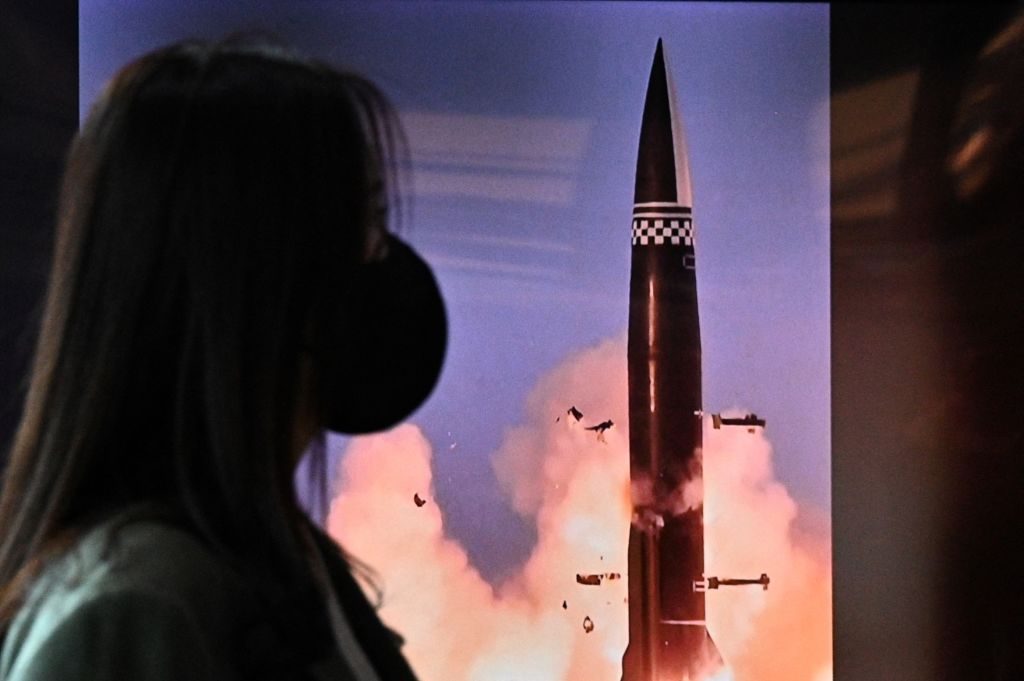 A television shows a news broadcast with file footage of a North Korean missile test after the South’s military said a North Korean weapons test was believed to be a submarine-launched ballistic missile. ((ANTHONY WALLACE/AFP via Getty Images)

Rodong Sinmun released a report on October 20 appearing to confirm Seoul’s suspicion that Pyongyang had launched an SLBM 24 hours earlier. The propaganda newspaper quoted North Korea’s Academy of National Defense Science as saying “the new-type” SLBM “introduced many developed controlling and homing technologies including the lateral movement and gliding and jumping movement.”

The academy said the SLBM’s allegedly successful test launch on October 19 will “make a great contribution to further developing the defense technology of the country and improving the underwater operation capacity of the navy.”

“The Rodong Sinmun report did not include the range or apogee of the test, but claimed that the missile was tested from ‘August 24 Hero Warship,’ the same submarine that was reportedly used for Pyongyang’s 2016 SLBM test,” NK News noted on Tuesday.

Rodong Sinmun did not mention if North Korean leader Kim Jong-un personally attended the missile launch. South Korea’s Yonhap News Agency on Wednesday took this as a sign that “Kim Jong-un did not inspect the firing.”

“The new weapon appears to be a mini-SLBM first showcased at a rare defense exhibition held in Pyongyang last week to mark the 76th anniversary of the founding of the ruling Workers’ Party of Korea,” Yonhap reported on October 20. 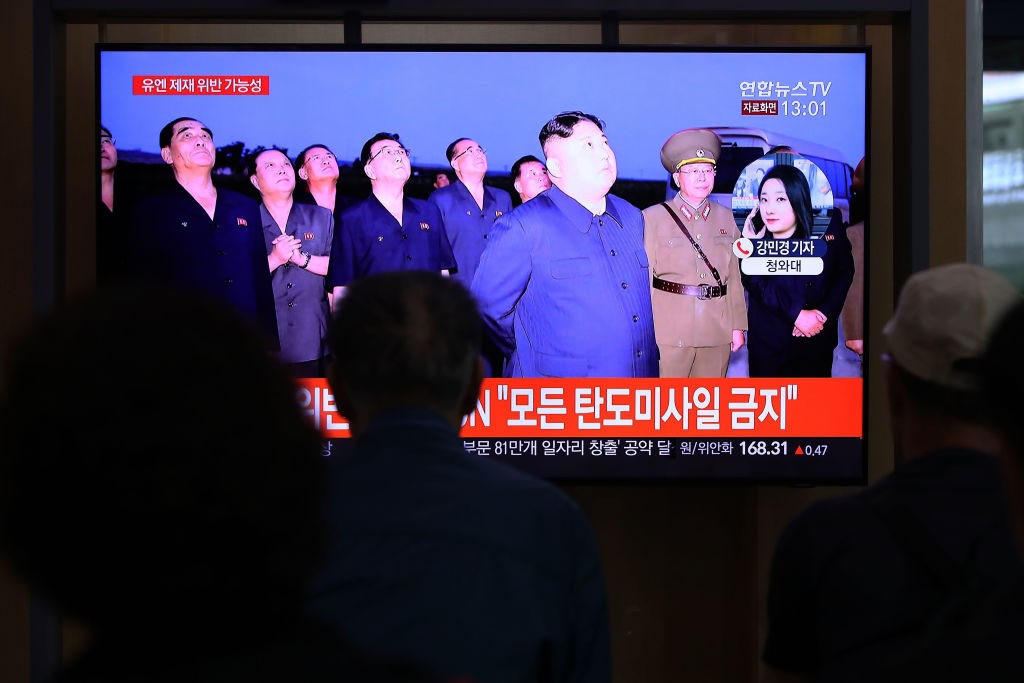 People watch a TV showing a file image of a North Korean missile launch at the Seoul Railway Station on October 02, 2019 in Seoul, South Korea. North Korea fired what was believed to be a submarine-launched ballistic missile (SLBM) from waters off its east coast, South Korea’s military said, demonstrating its nuclear delivery capabilities just days before resuming denuclearization talks with the United States. (Photo by Chung Sung-Jun/Getty Images)

“The new weapon looks similar to the North’s KN-23 Iskander missile in design,” Kim Dong-yup, a professor at the University of North Korean Studies told Yonhap.

A spokesperson for North Korea’s foreign ministry issued a statement on October 21 saying the October 19 SLBM launch did not target the United States.

“As our test-launch was planned purely for national defense, not in consideration of or targeting the U.S., there is no need for it to worry or agonize,” the unnamed spokesperson said, as quoted by North Korea’s state-run Korean Central News Agency (KCNA).