Rep. Darrell Issa (R-CA) on Thursday released a letter to President Joe Biden penned by an American citizen from San Diego, California, who is still trapped in Afghanistan alongside his wife.

“I am pleading with you again as a fellow proud American and as a husband to help my wife and I get home from Afghanistan,” the American citizen wrote in the October 15 letter to President Biden, weeks after the Biden administration’s botched withdrawal from the Taliban-controlled country.

The American explained that he and his wife risked their lives to get through Taliban checkpoints, only to discover that the October 4 flight was canceled “because passengers did not have visas for UAE, where the flight was to land.” Another flight left on October 11, but the American said they never received a call to go to the airport. 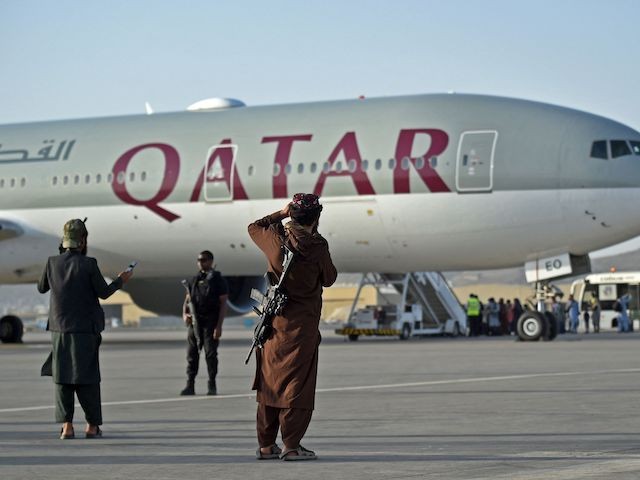 Qatari security personnel and Taliban fighters stand guard as passengers board a Qatar Airways aircraft at the airport in Kabul on September 9, 2021. (Wakil Kohsar/AFP via Getty Images)

“The third scheduled for 13 October was apparently cancelled. We learned details of the latter flights from our Congressman, the Hon. Darrell Issa, who flew to Doha to meet us, and not from the DOS,” he continued, explaining these were not their only attempts made since August.

We understood early on that one issue was my wife’s immigration status — she has been waiting for her green card interview since 2019. We understand that we will have to continue the process in a third country before we can come home, and have completed all the E-visa requirements as directed by DOS. We simply do not understand why we were not called for the flight on Monday, and the DOS cannot explain it to us or to Congressman Issa.

The information we’re receiving from DOS is not consistent with what is happening. They also continue to use WhatsApp to communicate with us, which, as evidenced by the blackout last week, is not secure or a reliable means of communication. I regretfully do not know whether to trust the DOS with our life and safety or to turn to other means to escape. This is not a position I would wish on anyone, and certainly not American citizens.

“There are a number of things for which we are grateful, however. We are fortunate to have our health,” he said, noting that he has been helping female Americans “without male escorts stuck in Kabul by retrieving critical medication from pharmacies.” He also expressed gratitude for the “support of veterans with which I served alongside and NGOs.” 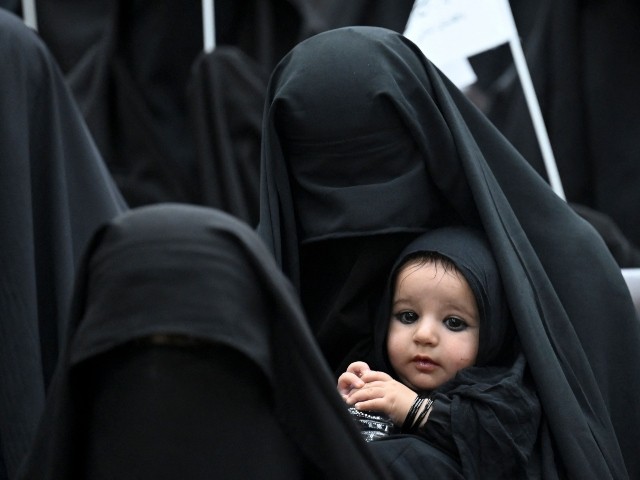 A veiled woman carries her child as they listen a speaker before a pro-Taliban rally at the Shaheed Rabbani Education University in Kabul on September 11, 2021. (Aamir Qureshi/AFP via Getty Images)

“Those volunteers work 24 hours a day to help ensure our health and safety and that of the other Americans trapped here,” he said, begging the president to intervene.

“But I am an American and I am begging you to get us home. I know you will do the right thing, Sir,” he wrote.

In a statement, Issa said his office has continued to work to bring American citizens home from Afghanistan:

Throughout these efforts, we have seen the worst of the Biden Administration’s disorganized and ineffective efforts to bring our people home. The correspondence I am releasing today is difficult to read, as it captures what one of our fellow citizens is enduring in the aftermath of this President’s disastrously reckless Afghanistan pullout. No American should have to beg their President to bring them home from a dangerous foreign land. And yet, that is exactly what this member of our community and so many other American citizens may feel forced to do. 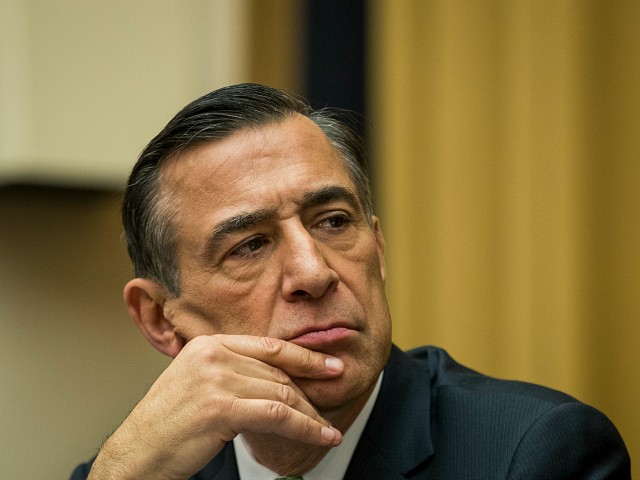 “Shame on this White House for its betrayal of our fellow citizens,” Issa said.

Last month, Issa announced the return of a pregnant American woman who was trapped in the country after Biden left hundreds of Americans behind to abide by the Taliban-approved timeline for withdrawal.

Meanwhile, the State Department has occupied itself with other matters, such as highlighting its devotion to “International Pronouns Day.”