While three-quarters of Republicans and 63 percent of independents said it is important, they are not alone, as a majority of Democrats, 59 percent, also consider it important.

Both Manchin and Sinema have been leading Democrat opposition to Biden’s initial $3.5 trillion agenda, triggering Biden.

“We can bring the moderates and progressives together very easy if we had two more votes,” Biden told reporters this month. “Two. Two people.” 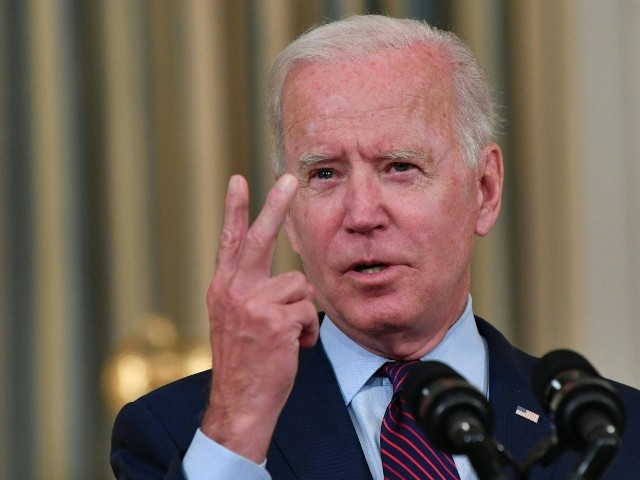 The far-left’s efforts to court the two senators have proved to be futile, as Manchin has offered to become an independent while Sinema remains obstinate, reportedly opposing some of the tax increases proposed to pay for the infrastructure bill.

Radically left Sen. Bernie Sanders (I-VT) has raged about his colleagues in recent days, telling CNN’s Anderson Cooper last week that it is “unfair is that two members of the Senate think that they have a right to obstruct what the overwhelming majority of the American people want, what the president wants and what 48 out of 50 members, 96 percent of the U.S. Senate, and about equal number in the House.”

“That’s just not right,” he complained.