As the people of Georgia celebrated the Atlanta Braves’ first National League Pennant win in over twenty years, Georgia Gov. Brian Kemp (R) took a shot at Major League Baseball (MLB) and Stacey Abrams for the relocation of the All-Star Game earlier this year.

“While Stacey Abrams and the MLB stole the All-Star Game from hardworking Georgians, the Braves earned their trip to the World Series this season and are bringing it home to Georgia,” Kemp tweeted. “Chop On, and Go @Braves!”

While Stacey Abrams and the MLB stole the All-Star Game from hardworking Georgians, the Braves earned their trip to the World Series this season and are bringing it home to Georgia.

Chop On, and Go @Braves!

While the All-Star Game was initially slated to take place at Truist Park, the home of the Braves, Major League Baseball decided to move the July 13 Mid-Summer Classic to Denver, Colorado, on the heels of Georgia’s new election law. Breitbart News reported on Kemps’ signing of the legislation in March:

As reported by the Hill, the bill will “require voters to provide a driver’s license or state-issued ID card number to request and submit absentee ballots, and it would curtail the use of ballot drop boxes, limiting their placement to early-voting locations and making them accessible only while the precinct is open.”

In addition, the bill, which has now been signed into law, shortens the runoff election span, taking it from nine weeks after the general election to four weeks and prevents food or beverages from being given to voters who are waiting in line to vote.

Critics asserted that the law would negatively affect low-income and minority voters, according to Fox News. 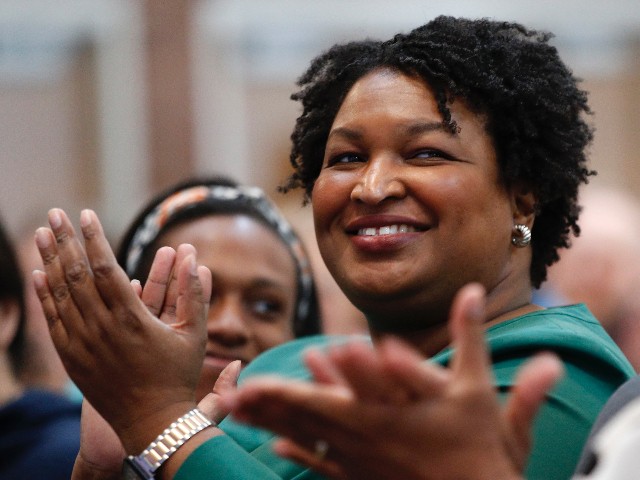 Stacey Abrams, a Georgia Democrat who has launched a multimillion-dollar effort to combat voter suppression, applauds a dignitary at the University of New England, Wednesday, Jan. 22, 2020, in Portland, Maine. (AP Photo/Robert F. Bukaty)

Stacey Abrams, a failed Democrat gubernatorial candidate for Georgia in the 2018 Election against Gov. Kemp, called for corporate America to step up against the bill as it was making its way through the Georgia legislature in March, Breitbart reported.

“There were businesses that were silent in the election for whatever reason. But there should be no silence from the business community when anyone in power is trying to strip away the right to vote from the people,” Abrams said on a March 9 call. “There should be a hue and cry.”

Shortly after the legislation passed, Major League Baseball released a statement on April 2 announcing the relocation of the All-Star Game.

“Over the last week, we have engaged in thoughtful conversations with Clubs, former and current players, the Players Association, and The Players Alliance, among others, to listen to their views,” MLB Commissioner Rob Manfred wrote in part in a statement. “I have decided that the best way to demonstrate our values as a sport is by relocating this year’s All-Star Game and MLB Draft.”

“Major League Baseball fundamentally supports voting rights for all Americans and opposes restrictions to the ballot box,” the statement continued. 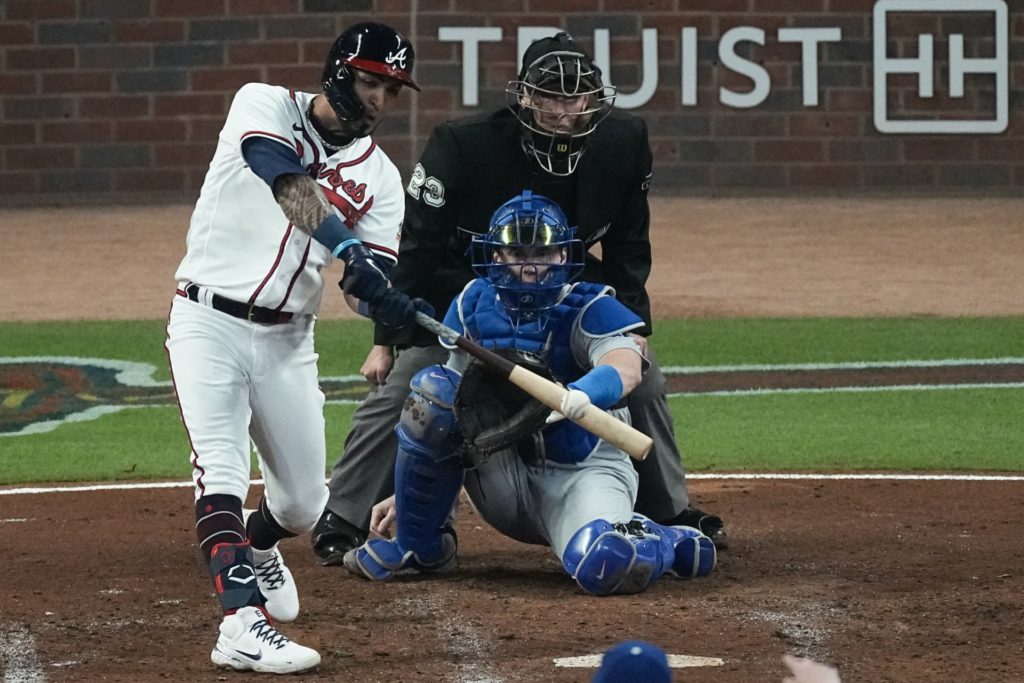 While the move made a statement, it also affected many small business owners that sought to capitalize on the economic impact the game would have had. The Atlanta Journal-Constitution reported that nearly 30 percent of Atlanta’s businesses are black-owned.

After news dropped that the game would be moved, Abrams released a statement detailing her “disappointment.”

“Like many Georgians, I am disappointed that the MLB is relocating the All-Star Game; however, I commend the players, owners, and League commissioner for speaking out,” Abrams statement reads in part. “I urge others in positions of leadership to do so as well. As I have stated I respect boycotts, although I don’t want to see Georgia families hurt by lost events and jobs.”

Though the Braves missed out on hosting the All-Star Game, the team will be hosting multiple World Series Games at Truist Park.