The president hosted Manchin and Schumer at his home in Delaware, as he continues leaving Washington, DC, on weekends. His agenda remains stalled in Congress as the Democrat moderates and progressives struggle with the price tag of his agenda and how to pay for it.

While no final deal was reached, Manchin reacted favorably to more new taxes on billionaires and a 15 percent corporate minimum tax for companies using loopholes to pay less taxes, according to reports.

The White House is working to come up with an alternate funding proposal for the bill, after Sen. Kyrsten Sinema (D-AZ) opposed widespread tax hikes on corporations. 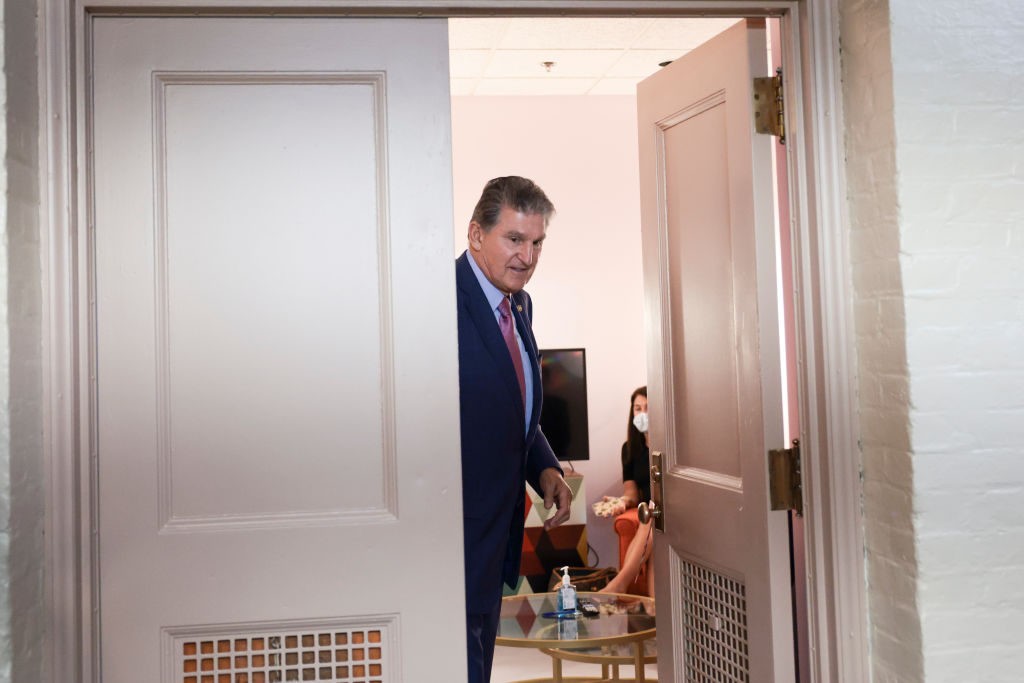 For several weeks, Biden has tried to sell his radical proposals with very little results to show for his efforts.

The White House said Biden’s breakfast meeting was “productive” and that the Democrats “agreed to stay in close touch with each other” while having their staff work on further negotiations.

Biden is eager to get something passed before he leaves for Europe for a G-20 Summit in Italy and a climate summit in Scotland. Passage of his major proposals would strengthen his argument that “America is back” under his leadership.

Democrats are also increasingly nervous about their political future, as Democrats appear unmotivated ahead of the governor races for New Jersey and Virginia.

Biden plans to visit New Jersey on Monday to promote his agenda at an elementary school in Plainfield and a transit facility in Newark.