A string of polls for the Virginia gubernatorial race between Republican Glenn Youngkin and former Gov. Terry McAuliffe (D) indicate the candidates are in a dead heat with exactly one week until Election Day.

Four major polling firms that conducted surveys in mid to late October found Youngkin and McAuliffe with an even amount of support, demonstrating Youngkin has gained ground during campaigning and that the race in the blue-leaning state is a toss-up.

The most recent poll, taken October 21–24, comes from Suffolk University/USA Today and finds that among 500 likely voters, Youngkin and McAuliffe each have about 45 percent support. Five percent remain undecided, and close to two percent say they will vote for the third-party candidate, Princess Blanding.

Blanding, who identifies as a Liberation Party member, has taken far-left stances on social issues and claimed this weekend on social media that messages she was receiving were “full of white, cis, wealthy, liberals commanding, harassing, threatening and begging” that she drop out of the race:

Our DMs are full of white, cis, wealthy liberals commanding, harassing, threatening and begging that we step down from the election. People who steal our literature and yard signs from our supporters.

elderly Virginians going bankrupt from hospital bills , Virginians whose homes are being seized for pipeline construction. We must stop letting Democrats dictate what we think Virginians deserve.

An Emerson College/Nexstar Media poll, conducted October 22–23 among 875 likely voters, found Youngkin and McAuliffe each garnering 48 percent support, while Blanding had one percent and three percent were undecided.

In a Cygnal poll of 816 likely voters, taken October 19–21, Youngkin and McAuliffe were tied down to the decimal point, at 48.3 percent support each.

McAuliffe — a longtime politician, former Democratic National Committee chair, and ally of the Clinton family — cruised into the general election this year with name recognition, deep pockets, and the comfort of decisive Democrat victories in Virginia in 2016, 2018, and 2020 on his side.

The former governor faltered on the campaign trail, however, when he made a now viral and highly controversial remark about parents’ role in school curriculums at the end of September. Education policy had already been dominating headlines across the country because of parents outraged at school boards — over topics of masking children, Critical Race Theory, and transgender policies — and had become a particularly hot issue in Northern Virginia after a Loudoun County gym teacher was placed on leave in May for bucking one such policy.

The Suffolk poll asked, “Should parents or school boards have more of an influence on a school’s curriculum?” A plurality, or 49.8 percent, said parents, while 38.8 percent said school boards.

The Emerson poll asked what “the most important issue facing Virginia is,” to which a plurality, or 21 percent, said education, while 15 percent said jobs, 14 percent said coronavirus, and ten percent said taxes.

Beyond education policy, President Joe Biden’s approval rating — which has plunged to record lows over the course of a few months — is further complicating matters for McAuliffe as he grapples with Virginia Democrats dissatisfied with their leaders in Washington.

McAuliffe himself admitted as much this month during a virtual meeting, saying, “We are facing a lot of headwinds from Washington, as you know. The president is unpopular today unfortunately here in Virginia so we have got to plow through.” Despite the disapproval of Biden, McAuliffe nevertheless is bringing the president out to campaign with him Tuesday night as McAuliffe unleashes big-name surrogates like former President Barack Obama and Vice President Kamala Harris at his last string of rallies. 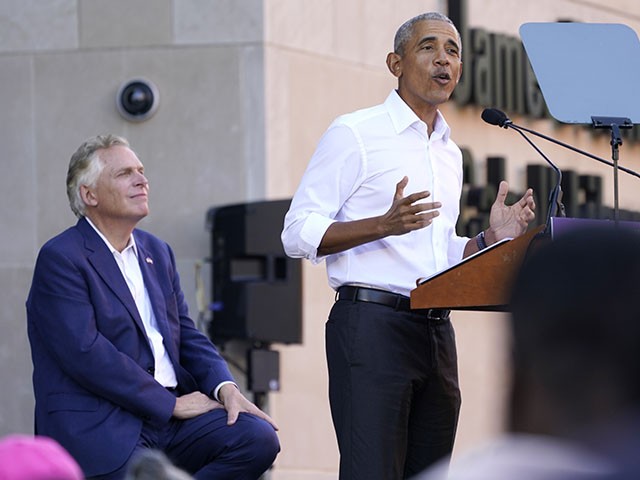 Youngkin, for his part, is backed by former President Donald Trump, but despite the endorsement, the Virginia Republican has not invited any big Republican players, including Trump, to campaign with him in the final weeks of the race.

The decision to go the last leg alone comes as McAuliffe has, at every opportunity, blasted Youngkin as “Trumpian” — a strategy the McAuliffe campaign has seemingly employed in an attempt to tie the two Republicans together after Trump lost Virginia in 2020 by ten points.

Youngkin’s campaign embarked this past weekend on what it calls a “Win with Glenn” bus tour, saying in a press release that the campaign intends for the tour “to highlight the contrast between the grassroots enthusiasm for Glenn Youngkin’s candidacy and Terry McAuliffe’s desperate campaign that needs fellow career politicians … to draw mediocre crowds that attended to see the surrogates, not Terry.” 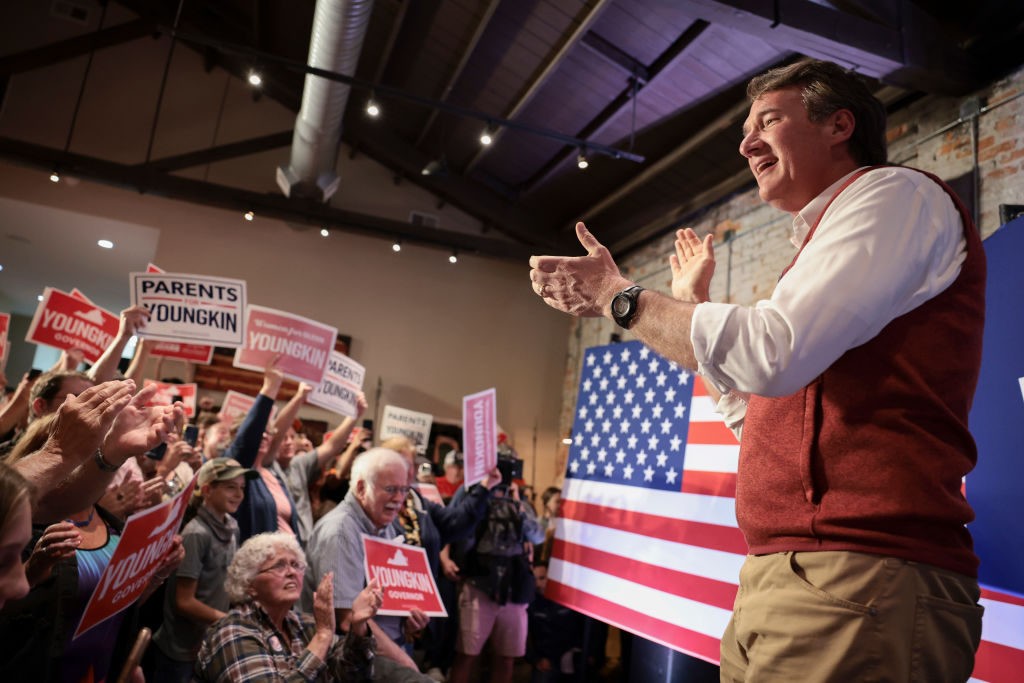