House Speaker Nancy Pelosi (D-CA) told Democrats on Monday night to “embrace” the scaled-down infrastructure bill as the chamber plans to vote on the legislation this week.

Pelosi urged Democrats to support the limited infrastructure bill as President Joe Biden has encouraged Pelosi and Senate Majority Leader Chuck Schumer (D-NY) to hold a vote on the Senate-passed Infrastructure Investment and Jobs Act, or the so-called bipartisan infrastructure bill, and the Build Back Better Act.

Pelosi told Democrats to “embrace this” and “have a narrative of success.” 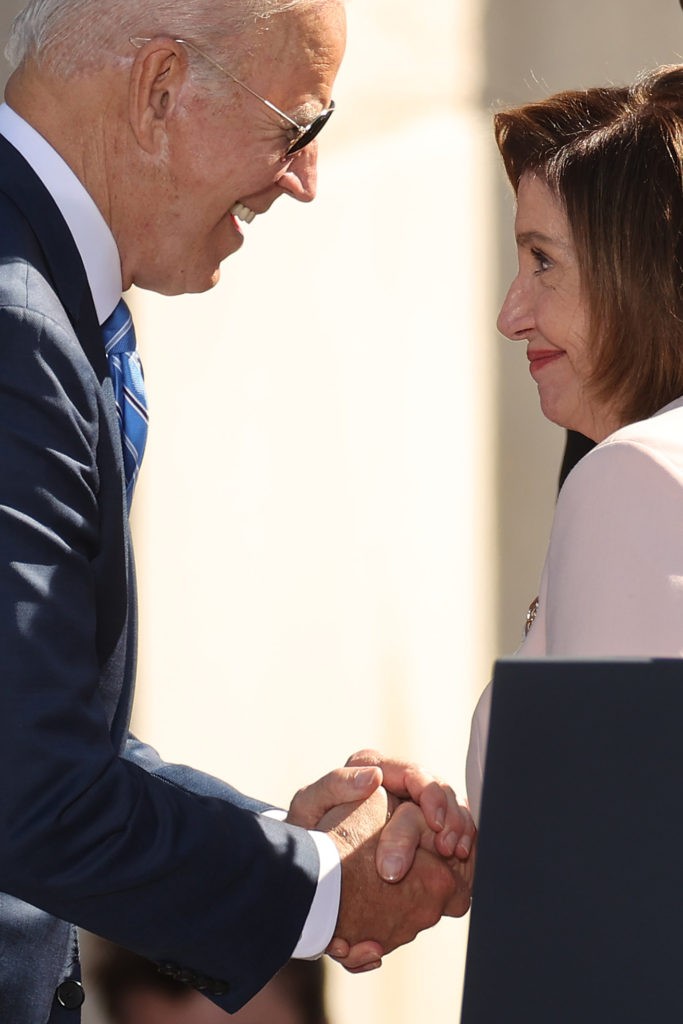 Hoyer said, “If we don’t act like we are winning, the American people won’t believe it either.”

Politico noted the comments were seen as a way to assure reluctant progressives to back the bill even though many of their leftist policies will either be drawn down or eliminated from the bill in an effort to gain Sens. Joe Manchin (D-WV) and Kyrsten Sinema’s (D-AZ) support.

Congressional Progressive Caucus (CPC) chair Pramila Jayapal (D-WA) said Monday night that the “vast majority” of their policies are in the final bill. She also admitted that “there are 50 senators and we have no margin in the Senate.”

Pelosi said Tuesday that Democrats “are on the verge of something major. Transformative and bigger than anything else” in an effort to reassure Democrats.

Pelosi also said she is seeking assurances that whatever reconciliation bill the House passes, the Senate will pass the same bill. The House would likely vote this week on the Senate-passed Infrastructure Investment and Jobs Act.

“No bill is everything,” she said.

“Let me know if you have any unease because we need to have a very strong vote,” she said.