American Airlines scrubbed 634 flights on Sunday, nearly one in every four of its domestic services for the day, blaming the combination of poor weather in Texas and staffing difficulties for the Halloween disruptions.

The groundings came after American dropped some 340 flights on Friday and 543 flights, or 20 percent of its schedule, on Saturday, data from flight tracking website FlightAware confirmed.

According to CNBC, American’s COO David Seymour said in a staff note the problems started with high wind gusts on Thursday that cut capacity at its Dallas/Fort Worth International Airport hub.

The inclement weather meant crew members ended up out of position for their next flights.

The Texas-based carrier said it proactively canceled some services to “make sure we are taking care of our customers and providing scheduling certainty for our crews.”

Pilot and flight attendant availability were listed as reasons for most of the cancellations on Saturday and Sunday, according to internal tallies, as cited by CNBC.

Woke American Airlines has informed its employees that they will either get a needle injected into their arms by November 24th or face losing their ability to feed their families. https://t.co/o5xGxDWOLi

“With additional weather throughout the system, our staffing begins to run tight as crew members end up out of their regular flight sequences,” Seymour wrote. He said most customers were rebooked the same day and that he expects the operation to stabilize in November.

About one percent of American’s looming Monday schedule, or 37 flights, were canceled, according to FlightAware.

Seymour further told CNBC around 1,800 flight attendants would be returning from leave starting Nov. 1 with the remainder back by December. 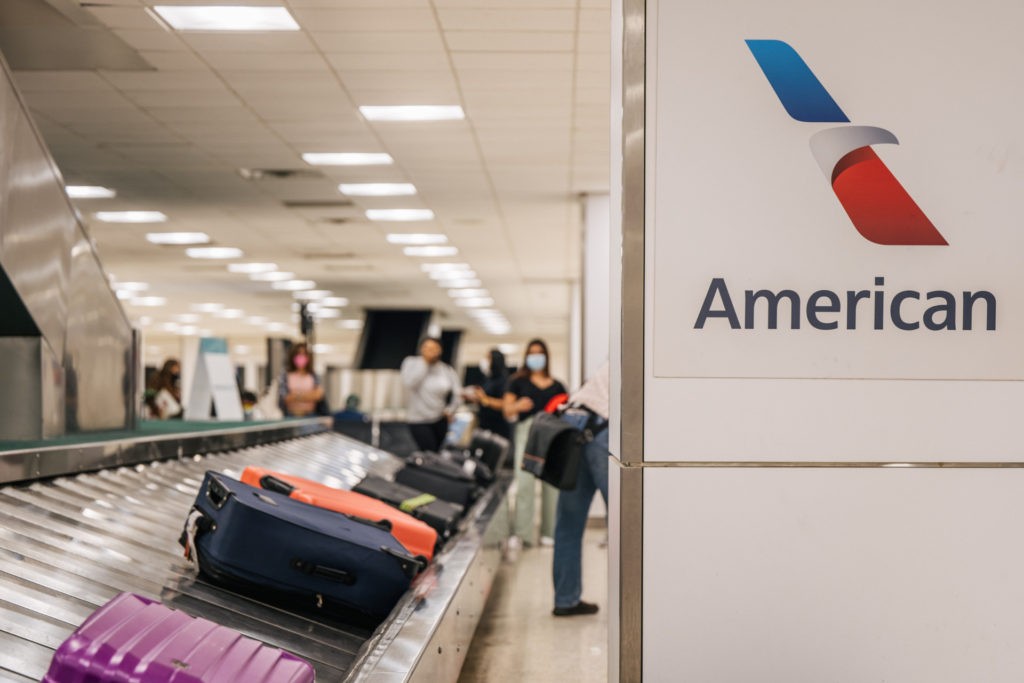 Luggage waits at an American Airlines baggage claim at the George Bush Intercontinental Airport on August 05, 2021 in Houston, Texas. American has been forced to cancel hundreds of flights as the demand for vacation and other travel plans has surged. (Brandon Bell/Getty Images)

The carrier is also in the process of hiring pilots, mechanics, airport workers and reservations agents “so more team members will be in place for the holiday season.”

Transportation Secretary Pete Buttigieg’s (D) has been on paid paternity leave since mid-August as the country’s supply chain issues have worsened and other airlines besides American have announced woes of their own.