Fifteen state school boards associations have officially cut ties with the National School Boards Association (NSBA) after it sent a letter to the Department of Justice calling on the FBI to investigate concerned parents as “domestic terrorists.”

As Breitbart News reported, at least 26 state school boards associations have distanced themselves from the NSBA.

15 of those states (purple) have discontinued membership, participation, and/or dues because of the NSBA’s actions. pic.twitter.com/kkq6NMwAFN

The Virginia School Board Association (VSBA), the latest to withdraw membership, told its members in a letter that the “decision to withdraw was necessary, and was not based merely on the letter that NSBA leadership sent to President Biden calling for broad federal law enforcement intervention.”

Rather, the VSBA asserts the decision to leave was made “in response to a persistent pattern of dysfunction within the NSBA organization and those charged with its governance.”

"The VSBA Board of Directors held a special meeting on Thursday, November 18 during which the board voted to end its membership in NSBA effective June 30, 2022." pic.twitter.com/w0SHtHMhi5

“The VSBA board of directors no longer has faith in NSBA’s ability to effectively represent the interests of our state association and its members,” the letter continued. “The goal of the Virginia School Boards Association is a strong unified member-driven association, with local control of public education at the core. We cannot allow any organization to overstep the principles on which we were founded 115 years ago.”

MSBA President Leroy Matthews and Executive Director Denotris Jackson wrote an email stating, “The September 29 letter from NSBA to President Biden, with the inflammatory language and the request for federal agencies to intervene in our communities, was just one in a series of lapses in governance,” according to Mississippi Today.

In response to the NSBA’s initial inflammatory letter to the Biden administration, the MSBA stated it “does not support the action taken by NSBA,” saying rather that “Hearing from passionate stakeholders can be a sign of healthy community engagement. NSBA’s action is counter-productive to board efforts to engage parents.”

Voting to “no longer allow the NSBA to speak for the MSBA,” the MSBA also stated it does not see “the value of continued membership.”

IASB also cited a series of missteps taken by the NSBA to prompt their membership termination.

“The decision follows previous attempts by IASB to initiate changes to the governance structure, transparency, and financial oversight of the national association,” a press release detailing the decision to leave the NSBA stated. “The Board recognizes the need for a healthy national organization that can provide training, federal advocacy, shared resources, and networking opportunities. IASB communicated to NSBA that ‘IASB no longer believes that NSBA can fill this important role.'”

In its response to the NSBA letter to the Biden administration, the IASB said “the incendiary language used in it detracted from” the message of safety that should have been paramount. 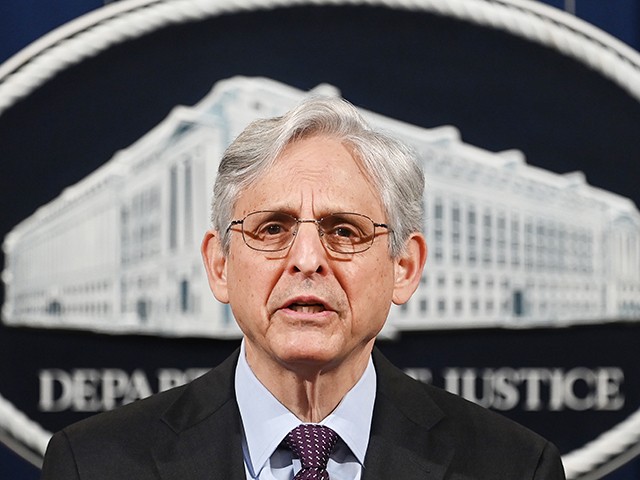 WASHINGTON, DC – APRIL 26: US Attorney General Merrick Garland delivers a statement at the Department of Justice on April 26, 2021 in Washington, DC. Garland announced that the Justice Department will begin an investigation into the policing practices of the Louisville Police Department in Kentucky. A report of any constitutional and unlawful violations will be published. (Photo by Mandel Ngan-Pool/Getty Images)

“Civil public discourse and public participation are welcome and are an important part of the democratic process and good governance,” IASB’s press release stated further. “Parents are a vital part of this process, and Illinois school boards strive to listen to parents and the school community. IASB disagrees with NSBA’s decision to request federal intervention, and the decision by NSBA leadership to tie the request to claims of domestic terrorism and hate crimes.”

“From the correspondence we’ve reviewed, it appears that the NSBA has been a poorly-run trade association for many years — even prior to this political stunt, several state associations were withholding dues over management concerns,” Parents Defending Education President Nicole Neily told Breitbart News. “The American people deserve a full accounting of how this debacle unfolded. Unless and until that occurs, I have little doubt that the association will continue to crumble before our eyes.”

The states with school boards associations that have distanced themselves, but not yet decided to leave are as follows: Idaho, Wyoming, North Dakota, Iowa, Indiana, New Jersey, Delaware, Georgia, Tennessee, Arkansas, and Texas.