Vice President Kamala Harris praised President Joe Biden as a “man of deep faith” on Thursday even after the president defended the right of a woman to abort her unborn child.

“It is my honor to introduce a man of deep faith, I work with him every day and he is guided by the light always,” Harris said during her introduction of Biden at a White House Hanukkah event.

Earlier Thursday, Biden reiterated his support for legalized abortion, as his administration fights a Mississippi law that bans abortion after 15 weeks of pregnancy in the Supreme Court.

“I support Roe v. Wade,” Biden said when asked about the case. “I think it’s a rational position to take, and I continue to support it.” 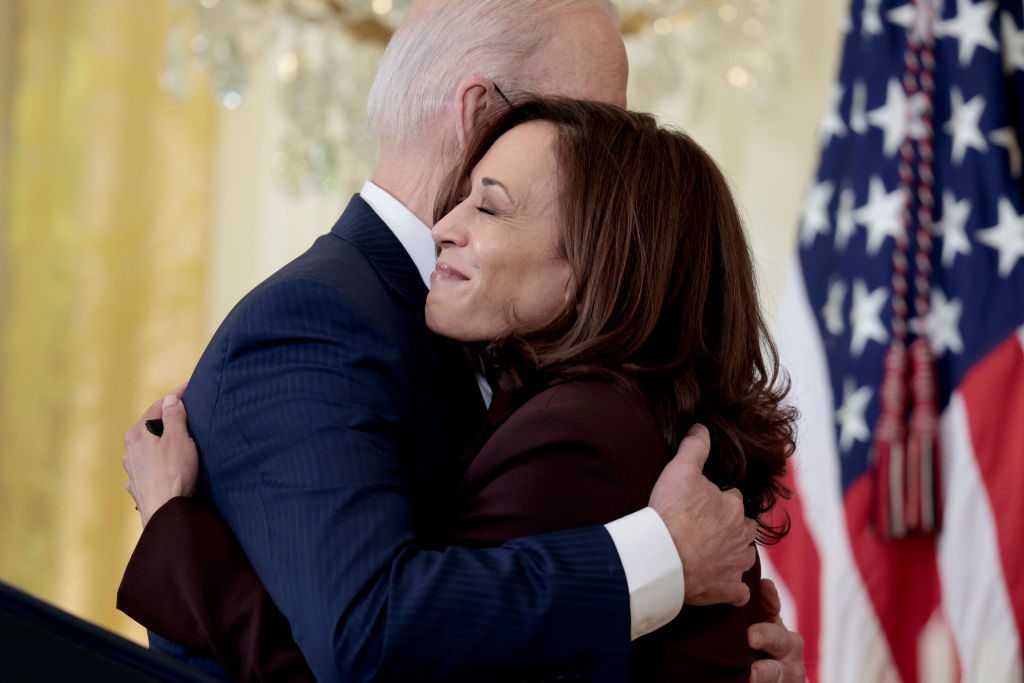 U.S. Kamala Harris embraces U.S. President Joe Biden before his remarks at a menorah lighting ceremony in celebration of Hanukkah in the East Room of the White House on December 01, 2021 in Washington, DC. (Anna Moneymaker/Getty Images)

“This case presents a grave threat to women’s fundamental rights, to all of our rights — as protected under Roe v. Wade for nearly half a century,” she said.

Biden claims to be a faithful Catholic — even though he continues to oppose the teaching of the Catholic Church that life begins at conception and that abortion is morally wrong.

Biden specifically said in September he did not agree with the Church’s teachings on abortion.