Kevin Roberts, the new president of the conservative Heritage Foundation who identifies pro-life matters as his top issue, told Breitbart News Saturday that he is confident Roe v. Wade will be overturned, and he previewed the path for Republican victories moving forward, advising GOP lawmakers to “acknowledge the frustration that Americans, some of whom are apolitical, are feeling about government overreach.”

The launching of the Heritage Foundation in 1973 coincided with the landmark Roe v. Wade decision decades ago, and host Matthew Boyle noted that Roberts started his position as the organization’s president the same week that oral arguments for Dobbs v. Jackson Women’s Health Organization, which could potentially overturn the 1973 decision, began.

“In the depths of the aftermath of the Roe decision in 1973, what happened, I would say provided by Providence, is the conservative movement grew up,” Roberts said, pointing to Reagan’s presidency and categorizing him as “both a reflection of that maturation of conservatism but also of course … [as] a leader who helped define that in much the same way that President Trump has done that decades down the road.”

Roberts, too, acknowledged that his first day as president this week coincided with the oral arguments for the Dobbs v. Jackson Women’s Health Organization case. 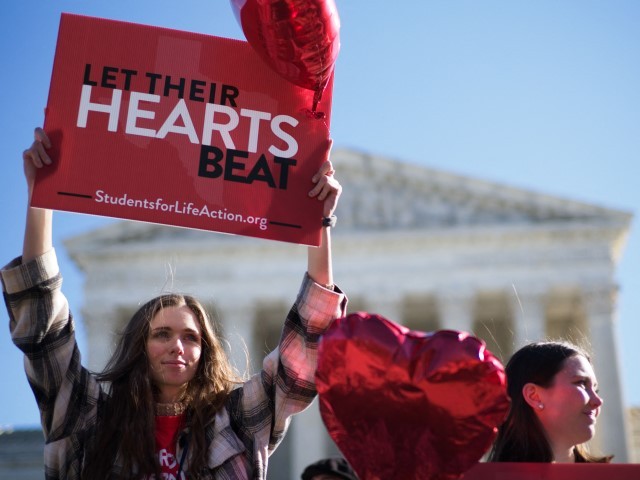 Anti-abortion demonstrators are seen outside of the US Supreme Court in Washington, DC on November 1, 2021. The Supreme Court is set to hear challenges to Texas’ restrictive abortion laws. – The conservative-majority US Supreme Court hears challenges on Monday to the most restrictive law passed since abortion was made a constitutional right nearly 50 years ago — a Texas bill that bans a woman from terminating a pregnancy after six weeks. MANDEL NGAN/AFP via Getty Images

“I thought gosh, the second half century of the Heritage Foundation of the conservative movement is going to be defined by a post-Roe world. In other words, I’m convinced Roe v. Wade is going to be overturned,” he said, adding that, even if something short of that happened due to Chief Justice Roberts finding some way to “thread the needle in an improper or legal way,” it is still “going to be our project.”

“We will have made great progress in ending abortion on demand,” he said, identifying the Heritage Foundation as one of the stalwarts of the movement, particularly the pro-life movement, and categorizing pro-life as the number one issue for him.

Roberts said they also aim to “make sure our understanding of what it means to be pro-life includes things like tackling the deterioration of the nuclear family,” as well as addressing families left behind by globalization.

More generally, Roberts said conservatives need to do a number of things to defeat the left. First and foremost, Republicans must “acknowledge the frustration that Americans, some of whom are apolitical, are feeling about government overreach.” He directly pointed to the public instances of frustrated parents, most of whom are generally apolitical. He noted those people typically do not think about politics all the time, but stressed that it “isn’t because they’re dumb. In fact, the exact opposite. They’re running their lives.”

“This is the point for conservatives. The market, the market being those parents, those voters, is telling us, is sending us a signal that they want us to fight,” he said, adding that they’re looking to the movement to provide a pathway. While he said the Heritage Foundation needs to continue to diagnose public policy problems and provide solutions, it will also do a “better job of providing the intellectual ammunition for grassroots people to go fight those fights at local and state levels.” Roberts also said the organization will continue to be headquartered in D.C. but will be spending “a lot more time and resources in the states at the local level.” 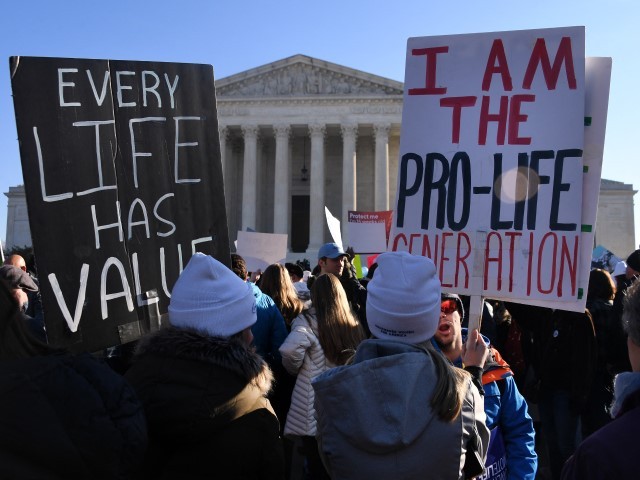 “If we do those things, not only are we going to win in the midterms in ’22 and take the White House, we’re going to set forth this long-lasting conservative movement just as we were doing in the late 70s on the cusp of Ronald Reagan’s election,” he predicted.

He acknowledged it was an unusual move, as the organization often plays behind the scenes, but he told the board that they recognize the mandate is unconstitutional, and even though they are optimistic about the other cases prevailing across the country, “the reality is, sitting in the middle of the nation’s capital under a mayor who is very left of center, we’re not 100 percent sure that those other cases are going to win.”

“So at Heritage, we need to call a spade a spade and let people know I as the president will never solicit private health information from our employees,” he said, noting that, for the first time in their 48-year history, they filed suit as the plaintiff. It is going to the Sixth Circuit, and he said the chances of prevailing are “very good.”

“Republicans in this town, I’m calling you from D.C. today, you need to spend less time worrying about winning the next election and more time doing what’s right,” he said, emphasizing that they need to be conservatives and worry less about the “R” label.

Heritage Foundation, he assured, will “always call a spade a spade” and hold Republicans accountable.