Former Sen. David Perdue (R-GA) is expected to announce on Monday that he is running for governor of Georgia in 2022, according to multiple reports.

Perdue will seek to unseat incumbent Gov. Brian Kemp (R) in the primary, and, should Perdue win the primary, he would compete with the leading Democrat contender, activist Stacey Abrams.

Perdue, a wealthy businessman who was elected to the U.S. Senate in Georgia in 2014, ran for reelection in 2020, and although he initially finished ahead of now-Sen. Jon Ossoff (D-GA) in November, Perdue did not reach the 50 percent needed to clinch a victory under Georgia law. The election moved to a runoff round, where Ossoff defeated Perdue by a razor-thin margin of about one point.

The race, along with the concurrent runoff between now-Sen. Raphael Warnock (D-GA) and former Sen. Kelly Loeffler (R-GA), captivated the country as the 50–48 Republican–Democrat divide in the Senate meant the runoffs would determine the Senate majority. Loeffler, like Perdue, narrowly lost her race.

The stunning defeats in the historically red state came after President Joe Biden was certified as the winner over former President Donald Trump in a presidential race so close it underwent two recounts and dozens of investigations because of widespread Republican concerns with voter fraud.

Trump has repeatedly targeted Kemp over the election results after he called on Kemp to hold a special legislative session about the election, which Kemp never did, maintaining that it would have defied Georgia law. 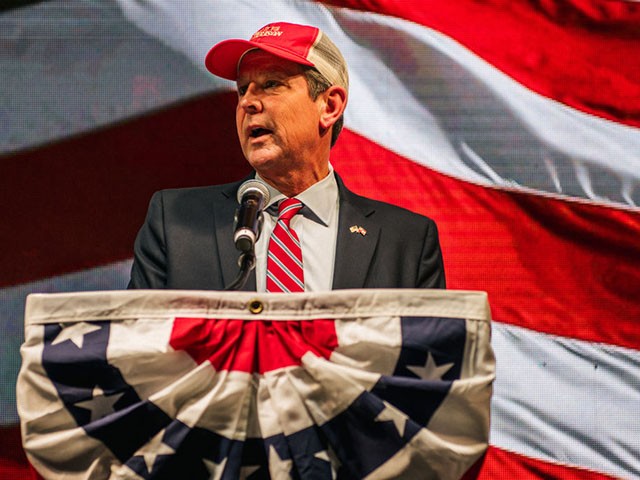 Trump, a vocal supporter of Perdue during his Senate race, is expected to back Perdue again, this time in his gubernatorial pursuit.

While the former president has not yet publicly weighed in on the Perdue development, in a statement this week after Abrams announced she was running, Trump took yet another jab at Kemp while indicating he intends to have an active presence in the Peach State’s governor’s race.

“I beat [Abrams] single-handedly, without much of a candidate, in 2018. I’ll beat her again, but it will be hard to do with Brian Kemp, because the MAGA base will just not vote for him after what he did with respect to Election Integrity and two horribly run elections, for President and then two Senate seats,” Trump stated.