The Salvation Army went woke, and now, at least in certain parts of the country, it’s going broke.

Naturally, no one dares to admit that the Salvation Army’s outrageous decision to ask its white donors to apologize for being racists might be the cause of its troubles. Instead, the Christian group’s problems are blamed on the pandemic—which makes no sense.

As you’ll see below, some of the Salvation Army’s donation and volunteer problems are down compared to last year. Some of you might recall that there was not only a pandemic last year, but that last year there was no vaccine.

I should point out that the Salvation Army removed its smear of America and white Americans, but only under the excuse that it was all a misunderstanding. So apparently, on top of being racist, we are also stupid. 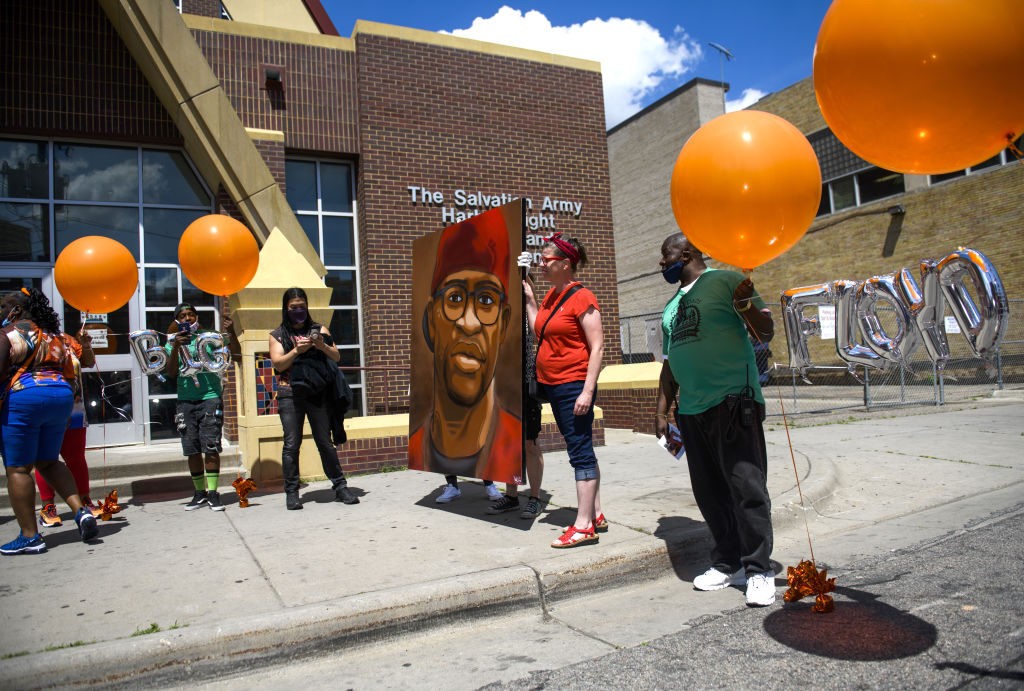 People gather for a balloon release in honor of George Floyd at the Salvation Army Harbor Lights Center on May 25, 2021 in Minneapolis, Minnesota. (Stephen Maturen/Getty Images)

And so, the sour taste almost certainly remains in people’s mouths. I know it’s in mine. Every kettle I passed once received a donation. No more. I wouldn’t want to taint this pristine outfit with my racist dollars.

The Red Kettle Campaign which has a goal of $79,600 reached 24.29 percent on Dec. 4. The campaign which runs through Dec. 24 is used to help The Salvation Army fund programs in Marshalltown, such as rent and utility assistance, food pantry and youth programming, throughout the year.

The overall holiday goal of $217,700 has reached 24.77 percent. The Red Kettle Campaign serves as The Salvation Army’s largest fundraising effort each year. As of Dec. 4, the campaign has fallen $14,707 behind the same time in 2020. The campaign is struggling to find enough bell ringers to help meet the goal which ends at 2 p.m. on Dec. 24.

It’s the sound of the holidays. The Salvation Army’s Red Kettle Campaign has been raising money for people in need for more than a century. But this year, a shortage of bell ringers is leaving 20,000 hours unfilled.

The Salvation Army is facing a shortage of toys and donations ahead of the holiday season, and urge communities to find a way to help.

The nonprofit reports it gets 75% of total annual donations during November and December, and they are once again in need of support. That help can come in the form of an online donation at the virtual Northwest Red Kettle.

“There are many reasons why both financial and toy donations are down this year, not the least of which is likely pandemic fatigue and concerns about employment and the future,” said Colonel Cindy Foley of the NW Salvation Army Division.

The Salvation Army needs help if it’s going to help others. Specifically, it’s asking for volunteers and monetary support this holiday season.

The commanding officer of the tri-county area says the Red Kettle campaign is now about $40,000 behind last year’s total.

“This is our biggest fundraiser of the year. This raises funds to make sure the Christmas happens,” said Captain Mike Michaels, of the Salvation Army of Charleston.

MACON, Ga.– The Salvation Army, known for collecting money during the holiday season, is struggling to keep the bells ringing.

But, they need a lot more than just me to keep doing the most good.

Hey, I’m a big believer in forgiveness and second chances, but I’m not going to fund an organization that spreads hate, racism, and division. And if you want forgiveness, it helps to ask for it, which the Salvation Army has not done. Instead, it’s claiming that all the criticism was “false.” 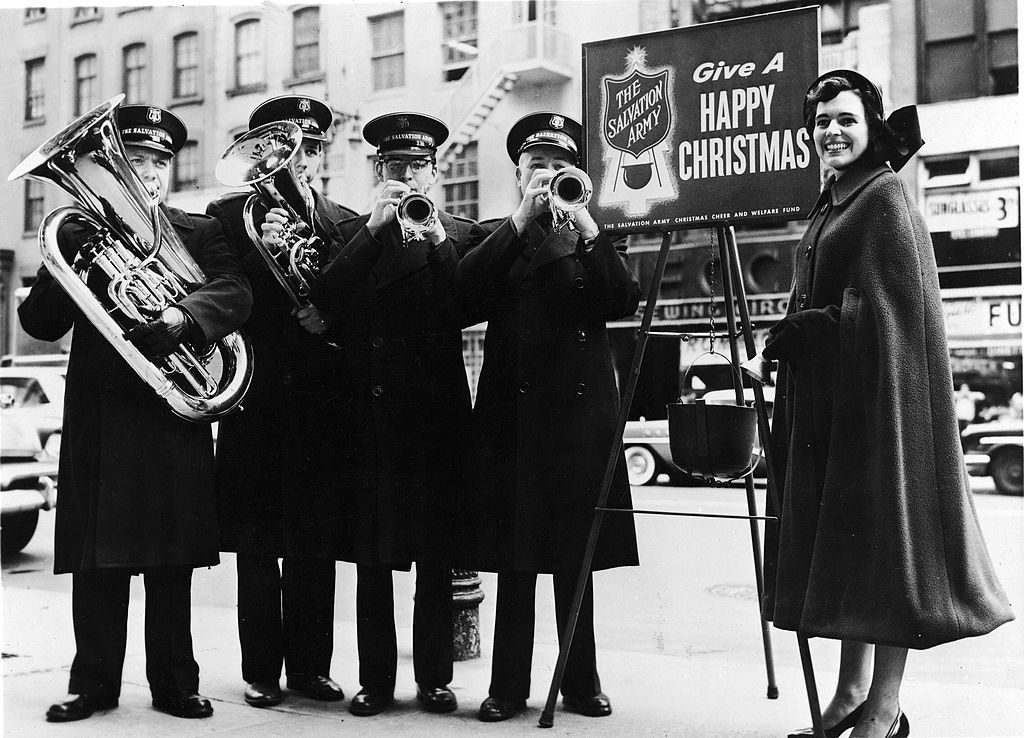 The way they were… Four Salvation Army brass musicians play on a sidewalk while a female bell ringer stands by, New York, New York, circa 1950s. (Photo by Frederic Lewis/Getty Images)

You just tainted your entire organization to appease about one percent of the population, and that one percent will hate Christians no matter what they do.

Send up a flare when you’re prepared to admit the truth: that America is not a racist country, and it was immoral and dishonest of you to say otherwise.

This money should go to the needy, not to fund racial poison.

Shame on all of you.