President Joe Biden settled back into hiding at the White House on Monday as he cleared his schedule of any public events.

Biden returned to the White House from another weekend at his home in Delaware, but he did not engage with reporters shouting questions about the death of his Build Back Better bill or Sen. Joe Manchin’s (D-WV) declaration that he would not vote for it.

The president is scheduled for lunch with Vice President Kamala Harris and meet with his coronavirus response team later in the afternoon as both events are closed to the press. 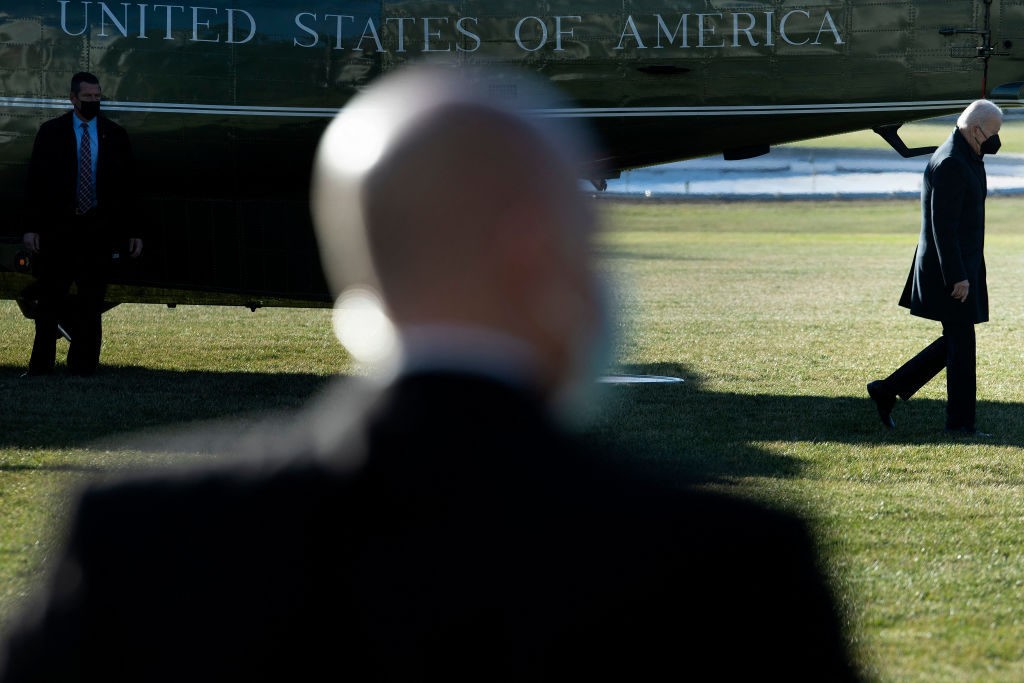 U.S. President Joe Biden walks from Marine One to the West Wing of the White House December 20, 2021, in Washington, DC. (BRENDAN SMIALOWSKI/AFP via Getty Images)

White House press secretary Jen Psaki will take the lead on messaging at the daily briefing, as Biden continues hiding from questions about the future of his legislation.

Psaki also served as the point person for the administration’s response to Manchin on Sunday morning issuing an angry 700+ word statement condemning Manchin for betraying the president.

Biden has not personally and publicly addressed the failure of his legislation or responded to Manchin, who killed the future of the Build Back Better bill in an interview with Fox News.

On Friday, Biden reminded the public in a statement that Manchin had agreed to a $1.75 trillion “framework” of his bill in September.

“My team and I are having ongoing discussions with Senator Manchin; that work will continue next week,” he said in a statement issued in his name.

Manchin appeared on Fox News to inform the public he had no intention of supporting the Build Back Better bill.

“I cannot vote to continue with this piece of legislation,” Manchin said on Fox News Sunday, hosted by Brett Baier. “I just can’t.”