Peter Velz, director of press operations for Vice President Kamala Harris, is the latest aide to depart from the vice president’s office.

Velz is jumping ship for a role at the State Department’s protocol office, according to Politico‘s Eugene Daniels. The former Harris official’s exit was first reported in November, said Daniels.

NEW: Peter Velz, director of VP Kamala Harris’ press operations, is headed to the Deptartment of State to work in the protocol office.

Today is his last day in the VP’s office. His departure was reported in November.

Velz issued his own statement on his departure Wednesday, saying he is “so proud” of Harris’ work and called the Biden White House an “amazing place to work.”

“Today is my last day at the White House, and it truly has been an honor. I will be forever grateful to Vice President Harris, the incredible Team @VP, and I’m so proud of our work this past year supporting this historic Administration,” Velz wrote on Twitter. “The White House is an amazing place to work — you’re surrounded by the most selfless, smart, hard-working people everyday doing their best to serve the American people. And it has has been an absolute joy.”

The White House is an amazing place to work — you're surrounded by the most selfless, smart, hard-working people everyday doing their best to serve the American people. And it has has been an absolute joy.

“But I’m not going far! Later this month I’ll start at the @StateDept on the Protocol team, where I’m so excited to continue supporting the @VP and @POTUS for their meetings with foreign leaders, delegations, and international travel,” he added.

January 2012 I started as a lil' baby intern simply amazed by everything. And 10 years on, that sense of awe hasn't worn. It's been a once-in-a-lifetime experience I've been so lucky to have twice. So, this isn't really a goodbye, and after today you can find me at @petervelz. pic.twitter.com/iAT5jJqmoR

Velz’s departure comes one day after Vincent Evans, Harris’ deputy director of public engagement and intergovernmental affairs, departed the vice president’s office to take on the position of executive director of the Congressional Black Caucus.

The CBC is led by Black lawmakers who advocate for issues important to minority communities across the country. The group is chaired by Rep. Joyce Beatty, D-Ohio. […] Evans was a political director for Harris during the transition, and held the same post while Harris was a nominee for vice president during the later stages of the 2020 election, according to his LinkedIn profile.

The exodus from Harris’ office began with Ashley Etienne, who left her role as communications director in December to pursue “other opportunities.” Shortly after came the departure of Symone Sanders, former senior advisor and chief spokesperson for the vice president.

News of Etienne’s departure followed CNN’s damaging report in which it was alleged that the relationship between Biden aides and Harris aides were beginning to fray.

“Worn out by what they see as entrenched dysfunction and lack of focus, key West Wing aides have largely thrown up their hands at Vice President Kamala Harris and her staff — deciding there simply isn’t time to deal with them right now,” CNN reported at the time. 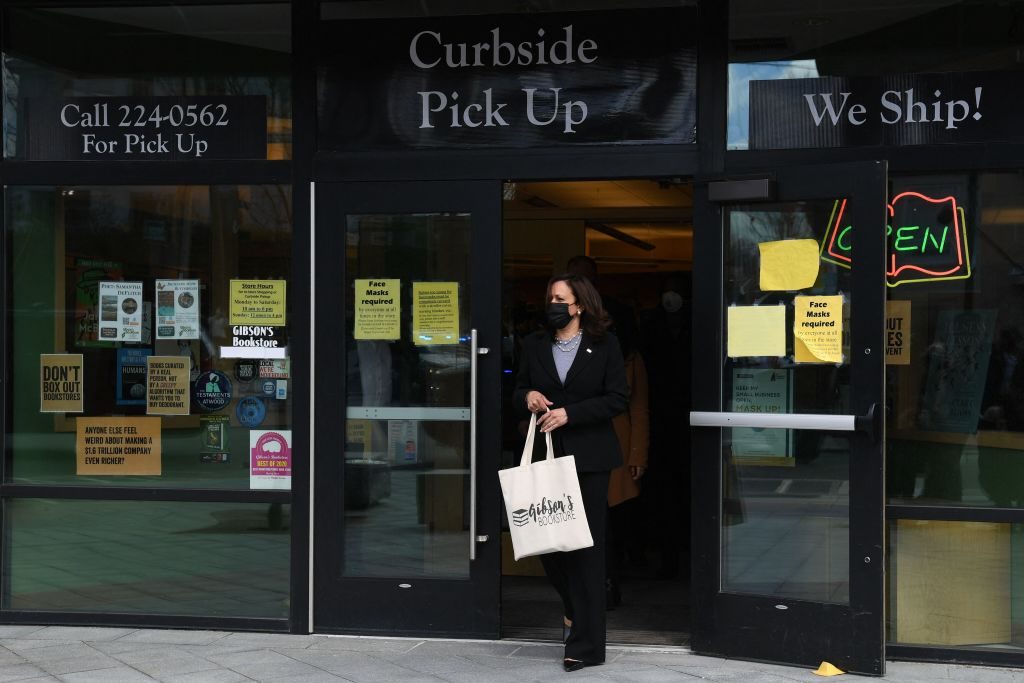 “Many in the vice president’s circle fume that she’s not being adequately prepared or positioned, and instead is being sidelined,” the establishment media outlet added. “The vice president herself has told several confidants she feels constrained in what she’s able to do politically.”

Harris has personally weighed in on such reports, saying she does not feel “misused or underused” by Biden and his team.

“I am very, very excited about the work that we have accomplished, but I am also absolutely, absolutely clear-eyed that there is a lot more to do, and we are going to get it done,” the vice president told ABC News’ Good Morning America.