Economic nationalism, centered on reshoring manufacturing back to the United States, is the most popular policy solution to President Joe Biden’s record inflation, most likely voters say.

The survey was conducted by the left-wing Data for Progress think tank and looked at likely voters’ attitudes towards various messaging on inflation. The common thread, the survey found, is that economic nationalism was the top-rated policy solution by nearly every demographic group polled.

Among all likely voters, messaging about the “need to bring back manufacturing jobs in the U.S. to drive down prices” rated the highest while statements about “prices … going up because black and brown workers are being squeezed as corporations jack up profits” was rated the lowest.

The top two most preferred messages stress policy solutions to inflation. They emphasize that America should create domestic manufacturing jobs or that Democrats and Republicans have already taken bipartisan action to shore up the country’s supply chains. [Emphasis added] 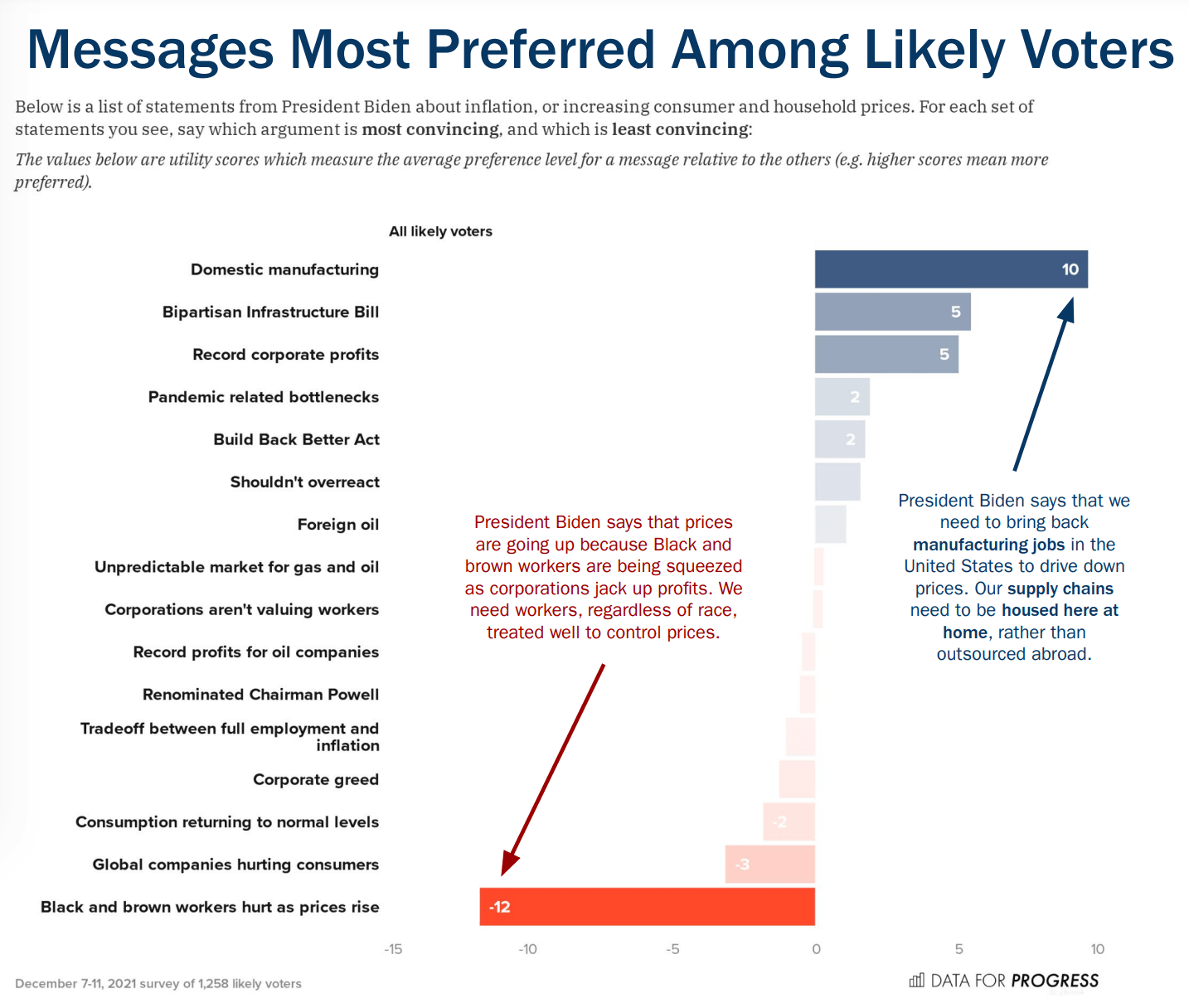 Chart via Data for Progress

Only black Americans and Democrats rated other policy priorities, like Biden’s “Build Back Better Act” and the recently-passed infrastructure package, above reshoring American manufacturing.

The survey also shows the disdain that Republicans, swing voters, and working class white Americans — a vital group to the GOP’s electoral coalition — continue to have for the business practices of corporate America. Among swing voters, for instance, messaging that blamed “record [corporate] profits while Americans are paying higher prices” resonated strongly.

As Breitbart News recently reported, businesses that make their products in the U.S. are seeing booming sales and record profits. Unlike offshored manufacturing and outsourced production, these businesses are avoiding all supply chain issues.

The total U.S. goods trade deficit in 2020 hit a record $915.8 billion. Research shows that every $1 billion in imports from a foreign country to the U.S. leads to American job losses. Meanwhile, American manufacturing remains vital to the U.S. economy, as every one manufacturing job supports an additional 7.4 American jobs in other industries.