Ukrainian President Volodymyr Zelensky viscerally condemned the leaders of European states, the United Nations, and the West generally for their “selfishness, self-confidence, [and] irresponsibility” regarding the eight-year-old Russian invasion of Ukraine during a speech in Munich this weekend.

Zelensky told those assembled at the Munich Security Conference that the Russian invasion of Ukraine’s Crimean Peninsula and participation in the ongoing war in Donbas, Eastern Ukraine, had been met for nearly a decade with “indifference that results in complicity” and warned that “karma” would soon consume those who did not help his country against Moscow.

Zelensky emphasized the length of the Russian invasion of Ukraine – eight years, longer than the entirety of World War II – in response to breathless predictions from the administration of President Joe Biden and European countries that Russia would “imminently” invade Ukraine. That invasion already happened, Zelensky insisted, calling into question the sudden panic that has gripped Western leaders and corporate media about the situation in that country.

Russia invaded Ukraine in 2014, colonizing the Crimea region and aiding an ongoing “civil” war between Ukraine and pro-Russian forces in eastern Donbas. Russia’s invasion of Ukraine has been ongoing for years with minimal action by the international community. 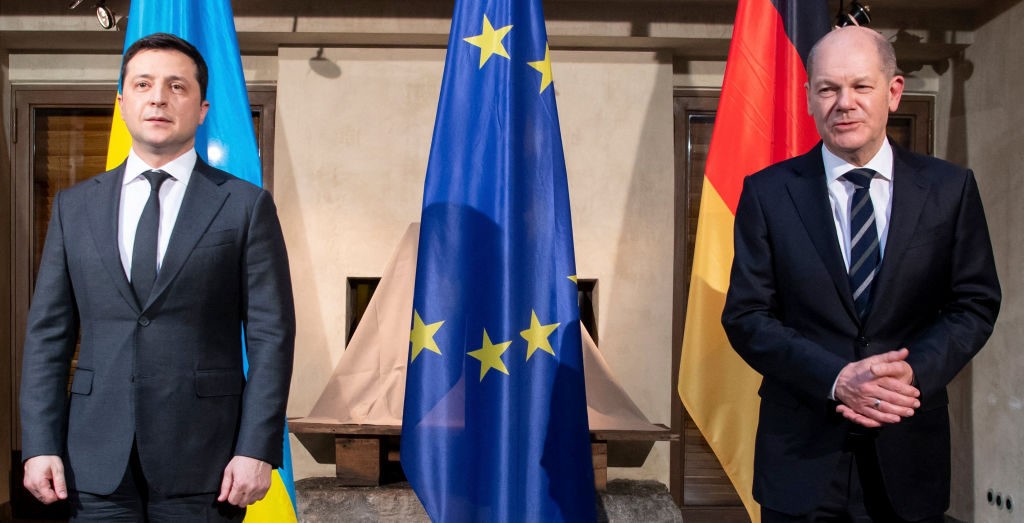 The incident prompting the current fear that Russian leader Vladimir Putin would expand the current invasion – which Biden officials have referred to as “invading” Ukraine, ignoring that Russia has already done so – began when President Biden told reporters in January that America would not aid its Ukrainian allies in the event of Russia engaging in a “minor incursion” in Ukraine. Observers interpreted the move as, essentially, permission for Putin to seize the country without fear of American intervention.

Biden officials insisted following Biden’s comments that a Russian invasion was “imminent” – presumably, a different invasion from the one already taking place – baffling Zelensky’s administration and severely damaging the Ukrainian economy. Zelensky said two weeks after the remarks that the country had lost nearly $500 million in foreign investment thanks to “panic” driven by the Biden administration. His officials regularly complained that no evidence suggested a Russian invasion was any more imminent in February 2022 than during the same time of year in the past, prompting Biden officials to claim that outrage in Ukraine over the use of “imminent” was the product of translation issues. Zelensky speaks English, a fact lost on the Biden administration officials making this claim.

Following what appeared to be an assurance from White House Press Secretary Jen Psaki that the Biden administration would stop describing the Russian invasion as imminent, Secretary of State Antony Blinken described it as “imminent enough” last week.

The Ukrainian president used his platform in Munich to condemn those suddenly preoccupied with war in Ukraine and dismiss the entirety of the global security apparatus, including the United Nations, as obsolete. 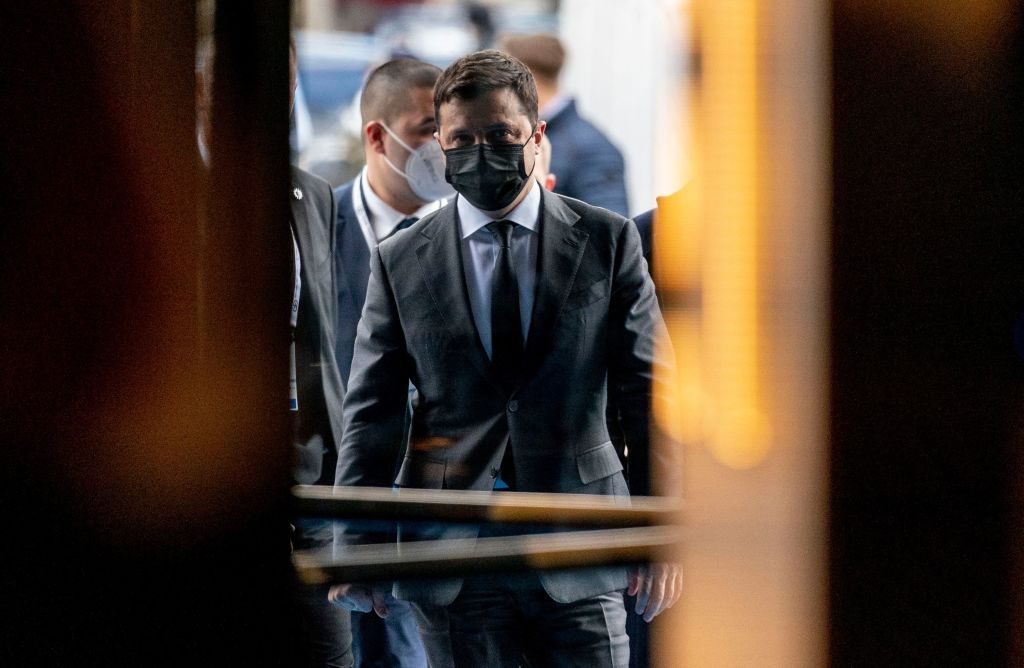 “I just want to make sure that we read the same books,” Zelensky stated, “So we equally understand the answer to the main question: How did it happen that there the war is ongoing and people are dying in Europe in the 21st century? Why does it last longer than World War II? How did we get to the biggest security crisis since the Cold War?”

The war in Donbas and Russian colonization of Crimea has lasted for eight years. World War II lasted from 1939 to 1945.

The rules that the world agreed on decades ago no longer work. They do not keep up with new threats. They are ineffective for overcoming them. It is like taking some cough syrup when you need a COVID-19 vaccine. The security system is slow. It falters again. Because of selfishness, self-confidence, irresponsibility of countries at the global level. As a result, some commit crimes, and others stay indifferent.

Indifference that results in complicity.

Zelensky continued adding that the United States “cannot defend itself” when permanent members of the Security Council, like Russia, violates international law and holds a veto over any action against it that the Council might take. He added that he had spent years trying to convince the world to care about the war, with some surprise at the sudden interest in the past month.

“I thank all the countries that have supported Ukraine. With words, declarations, concrete help. I thank all those who stand with us today,” Zelensky concluded. “Stand with truth and international law. I’m not calling you by name as I don’t want some other countries to be ashamed. But it is their choice. Their karma. They have it on their conscience.”

Zelensky’s call for the world to stop ignoring that Russia already invaded his country appears to largely have fallen on deaf ears at press time. Biden National Security Adviser Jake Sullivan told NBC on Monday that he believed Russia would invade, presumably for the first time, “in the coming days or hours.”

“We believe that any military operation of the size, scope and magnitude of what we believe the Russians are planning will be extremely violent,” Sullivan ominously predicted. “It will cost the lives of Ukrainians and Russians, civilians and military personnel alike.”

Russian Ambassador to the United States Anatoly Antonov, on the other hand, claimed Russia had “no invasion” planned for Ukraine and dismissed the one currently happening.

“There is no invasion and there is no such plans,” Antonov told CBS on Sunday. “It was fixed in Russian documents that we conveyed to our American friends in the State Department. Russia has publicly decided- declared its readiness to continue the diplomatic efforts to resolve all outstanding issues.”