The White House and Pentagon made spirited attempts on Wednesday to blame ongoing tensions between America and Ukraine – triggered by repeated, panicked assertions in Washington that Russia would soon invade the country again – on the definition of one word: “imminent.”

The government of Russian leader Vladimir Putin invaded Ukraine in 2014, colonizing the Crimea region and enabling pro-Russia separatists in a full-fledged war against Kyiv in eastern Donbas. While Russia’s invasion of Ukraine is eight years old, President Joe Biden prompted global alarm in January by telling reporters that he believed Putin would soon engage in a full-fledged invasion of the country. Biden also suggested that the United States would not aid Ukraine in the event of a “minor incursion,” outraging many who considered his statement an invitation to Putin to seize Ukrainian land.

Citing the likelihood of an imminent invasion, Biden’s administration also ordered the families of Americans working at the U.S. embassy in Kyiv to leave, and recommended all Americans in the country flee immediately. The White House and State Department spent two weeks emphasizing that they believed that a Russian attack would happen sooner rather than later.

Ukrainian officials, including President Volodymyr Zelensky, loudly protested that they had no reason to believe that a further Russian invasion was imminent and said the sudden panic surrounding Ukraine after nearly a decade of occupation was, at best, bizarre. Zelensky blamed Biden-fueled media hysteria in the West for the country suddenly hemorrhaging foreign investment and asserted that the true precursor to a Russian invasion would be a panic-driven collapse of his nation’s economy.

The Biden White House this week abruptly backed off its claims that Putin would soon invade after persistent complaints from Kyiv. In an apparent attempt to obscure the diplomatic fiasco, Pentagon spokesman John Kirby told CNN on Wednesday that the reason for the discord was that Ukrainians simply did not know what the word “imminent” means. Kirby did not note that Zelensky speaks English, or that he has struggled to learn Ukrainian. (Russian is his first language.)

“Well, I think there were some issues about how that word translates in Ukraine, literally,” Kirby told the embattled leftist network. “The bottom line is we believe that, and you’ve heard Secretary [Lloyd] Austin say this last week, we believe that he, Putin, has a lot of military capability. He continues to add to his options, and he could execute any number of options pretty much on very short notice. So we’re watching this seriously.”

White House Press Secretary Jen Psaki told reporters that same day that the Biden administration would simply stop using the word “imminent” – an apparent recognition that their assessment of the situation was wrong, delivered with no clarification or apology.

“I used that [the word imminent] once. I think others have used that once. And then we stopped using it because I think it sent an — a message that we weren’t intending to send, which was that we knew that President Putin had made a decision,” Psaki said. “I would say the vast majority of times I’ve talked about it, we said, ‘He could invade at any time.’ That’s true; we still don’t know that he’s made a decision.” 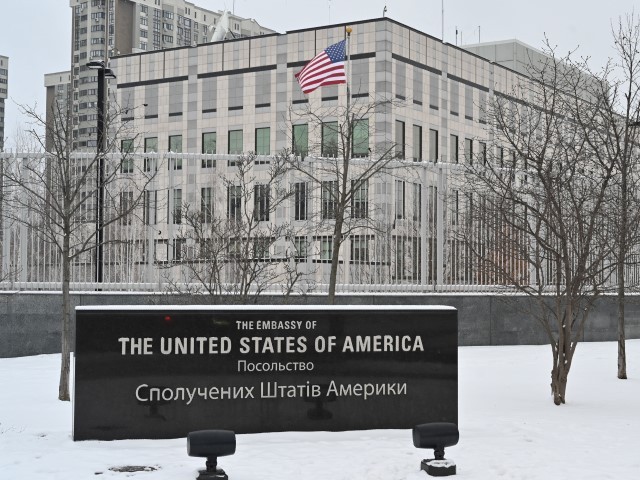 Asked if the White House had definitively removed the word “imminent” from its vocabulary, Psaki refused to answer, instead asserting that she personally had not used the word “in over a week.”

The Biden administration’s sudden misdirection towards the word “imminent” disregards that the word was entirely absent from the original Biden remarks that prompted panic about the situation in Ukraine.

“I think what you’re going to see is that Russia will be held accountable if it invades. And it depends on what it does. It’s one thing if it’s a minor incursion and then we end up having a fight about what to do and not do, et cetera,” Biden told reporters on January 19, implying that an invasion that Biden personally assesses as “minor” will result in no consequences for Russia. Asked directly if he intended to say that, Biden laughed. “That’s how it did sound like, didn’t it?” he said.

Adding to concerns, Biden said during the same press conference that he believes Putin “will move in” to Ukraine because “he has to do something.”

Biden’s rhetoric following the press conference, which set off a flurry of panic that the Pentagon was aware of some information that the general public was not regarding an impending invasion, escalated concerns.

“This would be the largest — if he were to move in with all those forces, it’d be the largest invasion since World War Two,” Biden told reporters a week later. “It would change the world.”

The Ukrainians did not use the word “imminent” in their complaints about Biden any more than Biden did. The Zelensky administration’s primary complaint has been that the Biden White House treats a Russian invasion as a future possibility, not something that already happened almost a decade ago and that Ukrainians have been living with on a daily basis.

“Didn’t the invasion start in 2014? Has the threat of war emerged just now? These risks have existed for more than a year, and they haven’t increased,” Zelensky said in a nationally televised speech shortly after Biden’s “minor incursion” comment. “What has increased is the hype around them.”

“There has been no drastic change in the security levels lately, considering that the Russian threat has been persisting since 2014, and the Russian military buildup near the border began back in April 2021,” Oleh Nikolenko, a spokesman for the Ukrainian Foreign Ministry, said the following week, according to translations by the Russian news agency Interfax.

The State Department began urging Americans to flee the country to avoid another Russian invasion after Zelensky’s first speech, prompting Kyiv to complain that America and Western media were tanking the country’s economy and increasing the chances of another invasion, which they did not previously think were higher than usual.

Zelensky was more explicit in remarks last week, blaming the Biden panic for Ukraine losing nearly $500 million in foreign investment in less than a month, after hitting record highs.

“I mentioned this to President Biden … we need to stabilize the economy of our country because of those signals which say that tomorrow there will be war,” Zelensky said during a lengthy press conference in Kyiv, “because these signals were sent by even leaders of the respected countries, sometimes they are not even using diplomatic language! They are saying, ‘Tomorrow is the war.’”

“The image that mass media create is that we have troops on the roads, we have mobilization, people are leaving for places – that’s not the case,” Zelensky asserted. “We don’t need this panic.”

The president also repeated that his government does not believe that the current situation is “more intense” than it was 12 months ago, when Ukraine’s tensions with Russia did not dominate international headlines.