As the November midterm elections get closer, vulnerable Democrats whose elections can decide the outcome of the House majority, such as Rep. Elaine Luria (D-VA), continue to be put in the spotlight where their contradictions are coming back to haunt them.

Luria, in the past, has contradicted herself in many areas, such as accepting corporate PAC money and school choice policies. More recently, she called implementing a stock trading ban for members of Congress “bullshit,” flip-flopped on wanting to pay people a living wage by neglecting members of her own staff, and comparing a measure to remove the critical race theory (CRT) indoctrination scheme schools as trying to erase history.

As a candidate in 2018, Luria said in an ad that she would listen to her constituents, “not corporate donors and not party leaders,” if elected to Congress. However, at the beginning of 2021, Luria was hit by Roll Call for “pay[ing] off campaign debt using corporate PAC money she said she’d reject. In fact, the Virginia Pilot also wrote: “In 2018, Luria said she wouldn’t accept corporate PAC money. But she just took in more than $30,000.” 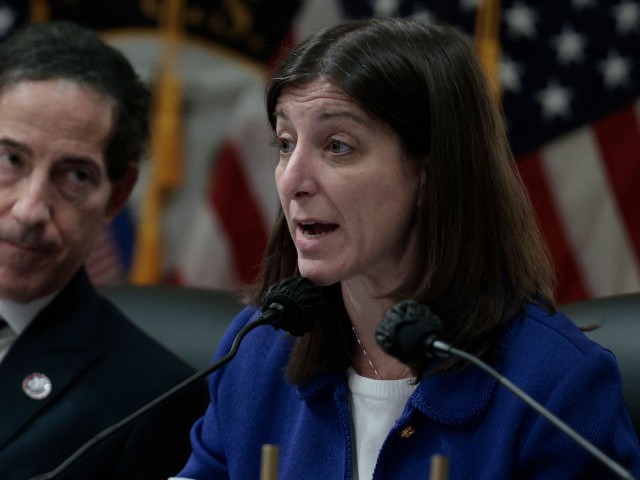 But, it wasn’t until last month when the left-leaning Washington Post found that she took nearly $200,000 from corporate PACs after “abandoning a pledge not to accept money from corporations at the end of 2020.” The Post pointed out that it is not “unusual” for candidates, especially incumbents, to take corporate PAC money when running in tough elections, but that it is “unusual” that she should take corporate money after previously swearing it off and breaking herself imposed pledge before.

Furthermore, in 2018, Luria “railed against school choice on the campaign trail” and took the stance of many other Democrats to oppose school choice. Still, she reportedly sent her daughter to a private school in Norfolk, Virginia, that can cost more than $12,000 a year.

However, in January, an ethics watchdog filed a complaint with the Office of Congressional Ethics (OCE) asking for a probe into the congresswoman after a report surfaced stating she failed to disclose past corporate positions on her Financial Disclosure Statements. The complaint noted that Luria served as the President (and was an officer and director) of Tidewater Montessori High School, Inc. from 2015 to 2019. However, she did not disclose this corporate position on her financial disclosure statements.

Then, in 2019, Luria voted for the Insider Trading Prohibition Act to make it unlawful for anyone to trade while aware of having material or non-public information and making it illegal to pass along that information to others. After voting on the bill, she wrote in a press release that “Banning insider trading is critical to ensuring a fair economy that works.” But, only two years later, Luria was named one “of the biggest traders on Capitol Hill” and has routinely invested in stocks of companies she regulates.

When she was asked about her stance on banning members of Congress from trading stock after House Speaker Nancy Pelosi (D-CA) publicly backed the idea, she called it “bullshit.” She shot back at the reporter, questioning, “Why would you assume that members of Congress are going to be inherently bad or corrupt.” Shortly after her comments, a “former adviser” called the congresswoman’s political judgment “tone-deaf.” 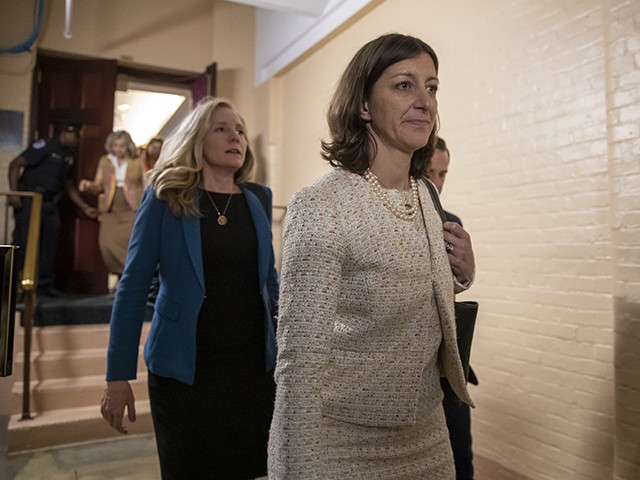 But, like everything else, despite her campaign position, in 2019, she was an original co-sponsor to a bill that would raise the minimum wage from $7.25 to $15 nationwide, regardless of the local cost of living. She was also an original co-sponsor for the same bill again in 2021. However, in 2019, she did not sign onto another bill that would raise the minimum wage to $15 nationwide, saying the bill “would allow the entire country to meet and exceed a $15 minimum wage, but at different times depending on how quickly an area can absorb the wage increase.”

Nevertheless, while Luria, as a candidate, once said that “Everyone deserves a living wage,” it was revealed that the congresswoman did not think of that for her own staff. A Washington Free Beacon report revealed that at least two of her taxpayer-funded congressional staffers earned less than a living wage in Virginia. It was reported that, while the living wage in Virginia is a yearly salary of $34,552, two of her staffer made below that, $33,588 and $31,769.

However, as Breitbart News’s Breccan Thies wrote, CRT is “not based in history, but rather a revisionist ideology that injects race-based decision-making into every aspect of history and modern life.” He noted that the “clearest examples” of CRT are the “fake history on display in the New York Times ‘1619 Project’ within which the founding of the United States was based in the maintenance of the institution of slavery.”

Luria, who represents one of the more evenly split districts in Virginia — which is rated as a toss-up from three different rating outlets — is one of the top targets for Republicans, their congressional campaign arm, and outside GOP-aligned groups. Luria is expected not to see any major challengers in the June 21 primary but could see potential challengers in November from the Republican field.