The Washington Post — a newspaper named Washington — published an editorial calling for a name change at George Washington University.

You can’t make this shit up.

The controversial Winston Churchill Library must go. The university’s contentious colonial moniker must go. Even the university’s name, mascot and motto — “Hail Thee George Washington”— must be replaced. The hypocrisy of GW in not addressing these issues is an example of how Black voices and Black grievances go ignored and highlights the importance of strong Black leadership.

No African languages are taught at the university, and calls for reforms are often ignored.

So, yeah, just more blah-blah from another childish woketard narcissist… 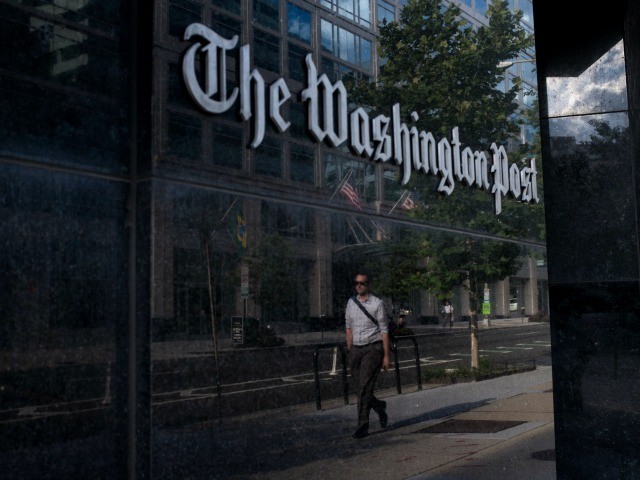 A man walks past the Washington Post on August 5, 2013, in Washington, DC (BRENDAN SMIALOWSKI/AFP/Getty Images)

The arrogance of the Post knows no bounds. Publishing this editorial is just another troll from the Post, a way for the Post to stick its finger in the eye of its critics by relishing the hypocritical double standards the former newspaper now lives by.

My primary takeaway from this op-ed is that if the author represents the kind of imbecilic, non-thinkers produced at George Washington University, there should definitely be a name change over there. But it’s the word “university” that should change because that university isn’t teaching anyone anything.