George P. Bush may be floundering in his race for Texas attorney general due to the political toxicity of his family name, according to all available data.

In decades past, there were few political dynasties in Texas as unstoppable as the Bush family name with a solid legacy stretching all the way back to the 1960s. In the age of Trump, the name’s staying power appears to have waned, and George P. Bush may be the latest casualty. Up against incumbent Ken Paxton, Bush cannot seem to find a rhythm with voters who either view him as an untrustworthy RINO or an opportunist spouting Trumpian slogans to win MAGA support. Per the Texas Tribune:

His ubiquitous name recognition is emerging as a liability in the Republican party. George P. Bush, who currently serves as the state’s land commissioner, is trailing Paxton in polls. Some of the top reasons Republican voters are reluctant about him are his ties to his family’s center-right political leanings and his own past policy positions.

Bush said those attacks are led by Paxton and don’t reflect the support he has seen on the campaign trail. The sitting attorney general’s ads against Bush focus on labeling him a RINO — Republican in name only — and linking him to his famous family.

In fairness to George P. Bush, he endorsed Trump both times he ran for president and has courted his endorsement during the attorney general race (Trump endorsed Ken Paxton early on). Similar to Ohio Senate candidate J.D. Vance, he has also completely reversed some of his past centrist policy proposals on issues like immigration and border security, but no matter how authentic the turnaround, Bush may not be able to escape his own name. 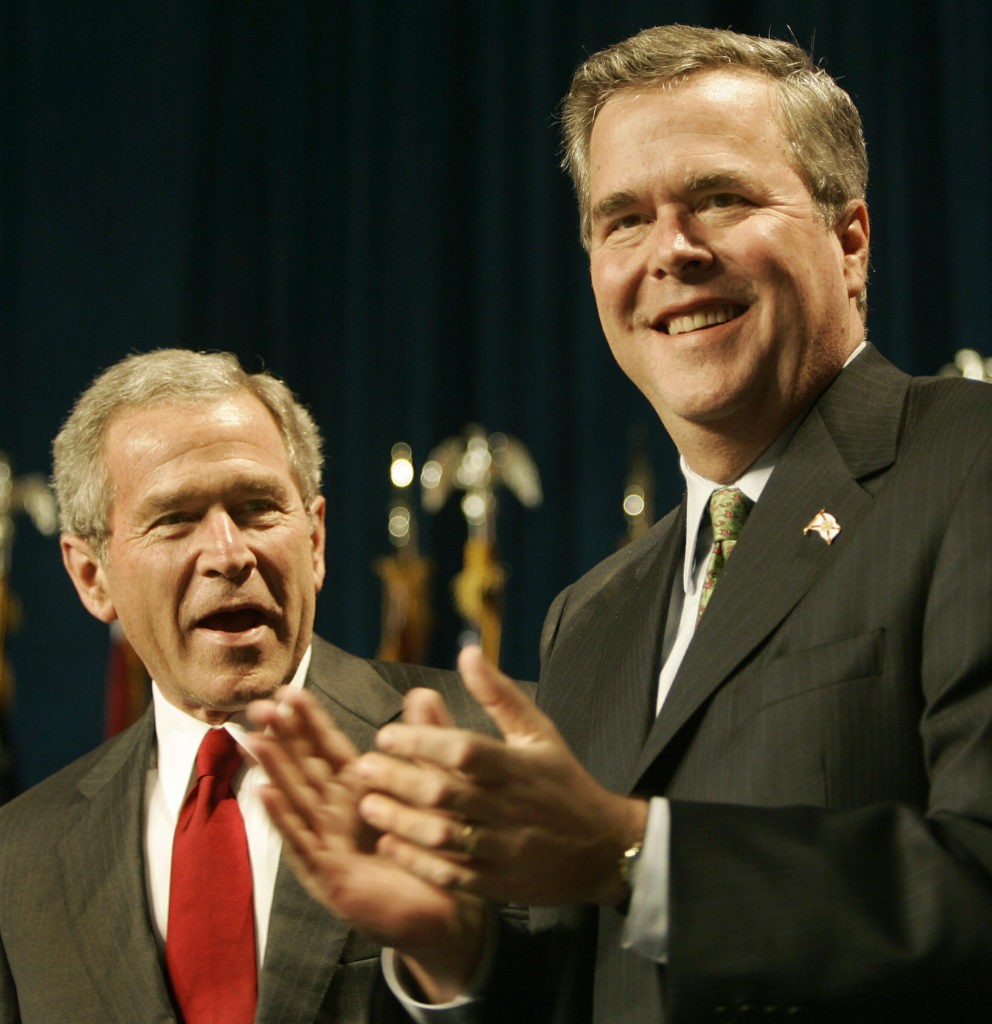 “What drives me crazy about people like George P. Bush and the establishment is that they just want to focus on slogans like ‘Keep Texas red’ and they don’t seem to understand that in order to do that, we have to really fight hard,” said Texas voter Christin Bentley.

“Right now, we need people who are not afraid of controversy and be very aggressive in protecting the rights of Texans and not politically correct kind of people,” added Bentley.

Beyond the attorney general race, the Bush name has floundered in other areas as well. His cousin, Pierce Bush, finished third in the 2020 race for a Houston congressional seat and there is virtually no national Bush brand to speak of.

Jason Villalba, chair of the Texas Hispanic Policy Foundation, said that the days of Bush’s compassionate conservatism may finally be at an end.

“The compassionate conservatism that George W. Bush embodied when he was governor is no longer that something that people that vote in Republican primaries are looking for,” he said. “That’s not popular today. What’s popular is the far-right, strident wing of Trump in the Republican party. And that’s not him.”