Gas prices reached another all-time high Monday as the Biden administration continues in its failure to take responsibility for rising prices.

The national average for regular gas rose to $4.483 on Monday, reflecting a roughly 15-cent increase over the last week.

According to AAA, has prices have risen over 40 cents during the last month. The national average for regular is also well over $1.40 more than it was one year ago. 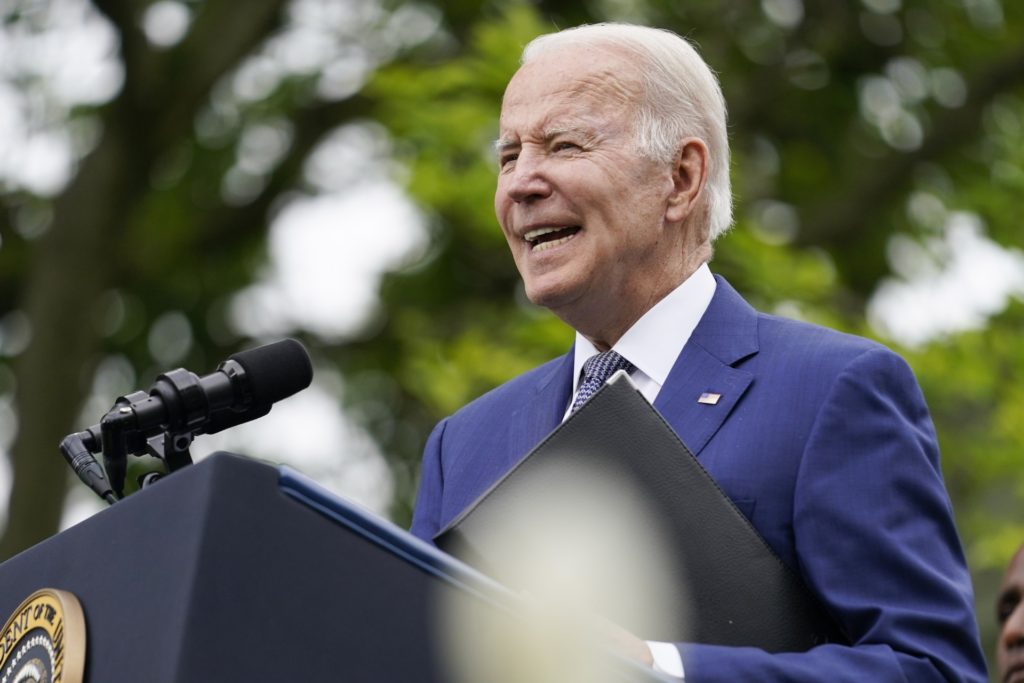 President Joe Biden speaks in the Rose Garden of the White House in Washington, Friday, May 13, 2022. (AP Photo/Andrew Harnik)

President Biden has failed to take responsibility for rising prices across the board, maintaining that Democrat policies “help” the situation. Instead of looking at the massive spending of Democrats and his administration’s assault on American energy independence, Biden said inflation is “really complicated” and blamed Republicans for blocking his agenda while also pointing to Russian President Vladimir Putin, the coronavirus pandemic, oil and gas companies, and big corporations.

“Right now it’s confusing. There’s a war in Ukraine and they’re scratching their head,” Biden said about the American people.

“Most people, the vast majority of Americans are hoping that their government just takes care of their problem and they don’t have to think about it in detail at the kitchen table,” he continued.

Biden said the “average person” just did not understand why inflation was happening and tried to signal he understood their concerns.

Biden later added that he can “taste” the frustrations of Americans.