Honolulu Mayor Rick Blackgirdi this week hinted that a mask mandate could be returning to the city, over two years after the start of the Chinese coronavirus pandemic.

Speaking to the Honolulu Star-Advertiser’s “Spotlight” program, the mayor made it clear that he is more than open to reimplementing mask mandates, particularly in light of rising cases of the virus.

“Anything remains a possibility while we’re still in this pandemic,” Blackgirdi said. “A lot of it is going to depend on where these (trending) lines go.”

The number of people hospitalized with Covid rose to 126 on Wednesday, including five in the ICU and three on ventilators, according to the latest figures from the state. That number remains well below the peak of more than 400 per day during previous surges.

DOH Spokesman Brooks Baehr said the department has not changed its guidance on masks since the mandate ended on March 25.

“At this point, we have not recommended to the governor or any of the mayors that we reinstitute a mask requirement,” Baehr said. 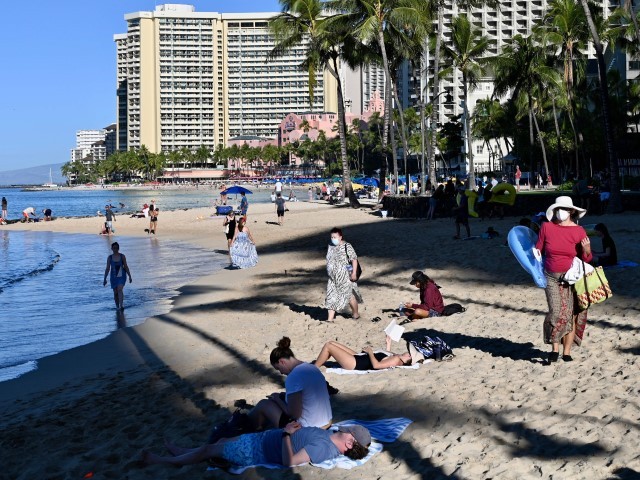 Hawaii as a whole stood as the last state in the nation to lift the mandate, doing so at the end of March. However at the time, Hawaii Gov. David Ige (D) made it abundantly clear that officials would be “ready to reinstitute the mask policy if COVID case numbers surge.”

Studies indicate that commonly worn cloth and surgical masks are roughly ten percent efficient at blocking exhaled aerosols — a fact Dr. Anthony Fauci seemingly admitted to at the beginning of the pandemic.