President Joe Biden confirmed Monday he was considering a gas tax holiday and even gas rebate cards to help drivers suffering from the high cost of fuel.

The president spoke with reporters about a gas tax holiday as he spent the morning at the beach with his family.

“Yes, I’m considering it,” he replied when reporters asked if he was considering a gas tax holiday.

“I hope I have a decision based on data I’m looking for by the end of the week,” he continued.

Biden also confirmed he was considering sending out gas rebate cards to drivers, despite concerns that the ongoing chip shortage would prevent the government from doing so.

“Well that’s part of what we’re considering, part of the whole operation,” he said, adding, “It’s all on the table right now.”

The president said that oil and gas company CEOs were planning to meet with members of his administration including Energy Secretary Jennifer Granholm. 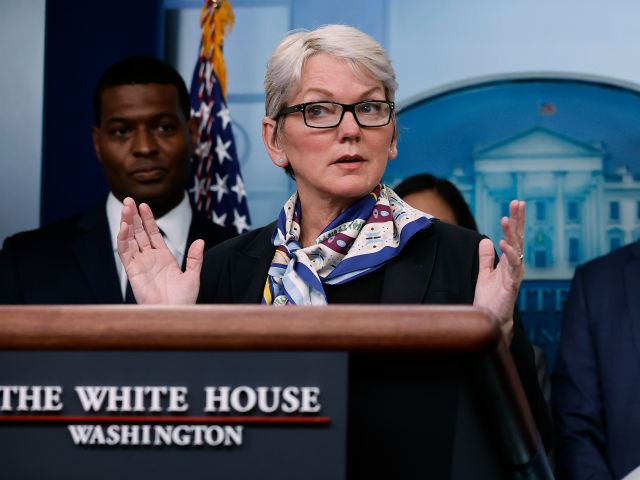 He said he would not personally meet with oil executives.

Biden criticized oil companies for cutting back refining capacity because of what he described as an inevitable shift to vehicles powered by alternative energy.

“They don’t want to get stuck but guess what, there’s a logical transition to be made here, and I want an explanation from them about why they are not refining more oil,” he said.

He recalled an expression his mother used to say about good things happening out of difficulty.

“We have a chance to make a fundamental turn toward renewable energy, electric vehicles, and not just vehicles, across the board,” he said.