Rep. Ro Khanna (D-CA), pleaded with Democrats on Wednesday to end the political bickering and unify behind President Joe Biden as the nation heads into the November midterm elections.

Biden has come under fire from many Democrats in recent weeks for not doing enough to push the far-left agenda. Only 69 percent of Democrat voters approve of President Joe Biden, the lowest on record, according to Civiqs polling. Yet additional polling shows voters are more interested in solving Biden’s 40-year-high inflation, lowering gas prices, and rising real wages. Fifty-seven percent of Americans affirm that Biden’s federal government economic policies have hurt their families, a Tuesday poll revealed.

Biden appears to be in a politically precarious position. Unwilling to unleash American energy to reduce inflation and gas prices, Biden has seen his approval polling sink to 30 percent. But many Democrats are less focused on the economy and more focused on the culture war, demanding Biden attack the Second Amendment, overthrow Roe v. Wade, and alter the economy to produce “climate change” action.

“It’s nice for Democratic leaders to come up with ideas,” Cedric Richmond, adviser to the president, also told the Times. “But if the ideas are illegal or if they don’t work or if they place people in more harm, he’s not going to do it.”

Khanna echoed Richmond’s perspective. “I guess my view of it is that we will have a lot more success doing that with constructive dialogue with the White House than taking potshots at the president.”

Khanna and Richmond’s defense of Biden against the radical left comes as the president seems unwilling to pivot to the middle and solve the greatest challenges facing the nation. On Wednesday, Biden continued to blame Russia for inflation, calling it the “Putin tax increase.” Biden has also continued to refer to record-high gas prices as an “incredible transition” while blaming Republicans and oil companies for the pain at the pump. 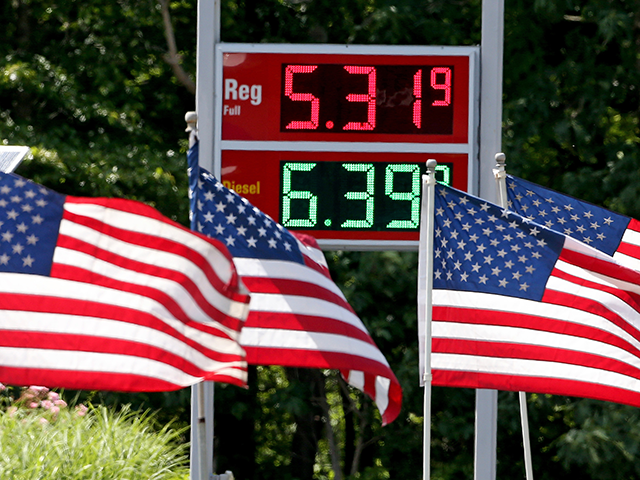 Gasoline prices reach well over $5.00 a gallon at a Sunoco station on June 13, 2022, in Scituate, Massachusetts (Photo by Matt Stone/MediaNews Group/Boston Herald via Getty Images).

With the midterm elections approaching, 80 percent of citizens believe inflation is an “extremely/very important” factor in how they will vote. Seventy-four percent said the same about gas prices.

Inflation will cost families an additional $5,520 per year, increasing from a projection in March, Moody’s stated. According to the Energy Information Administration (EIA), Americans will pay $450 more for gas in 2022 than they did last year on an inflation-adjusted basis.