Biden’s disapproval rating in this corporate media poll is a whopping 60 percent.

When the far-left New York Times releases a poll showing your approval rating at just 33 percent, it might be time to pack it in.

Most especially if you’re a far-left extremist Democrat like Joe Biden.

Only 32 percent of Hispanics approve of the job Biden is doing, while 63 percent(!) disapprove. 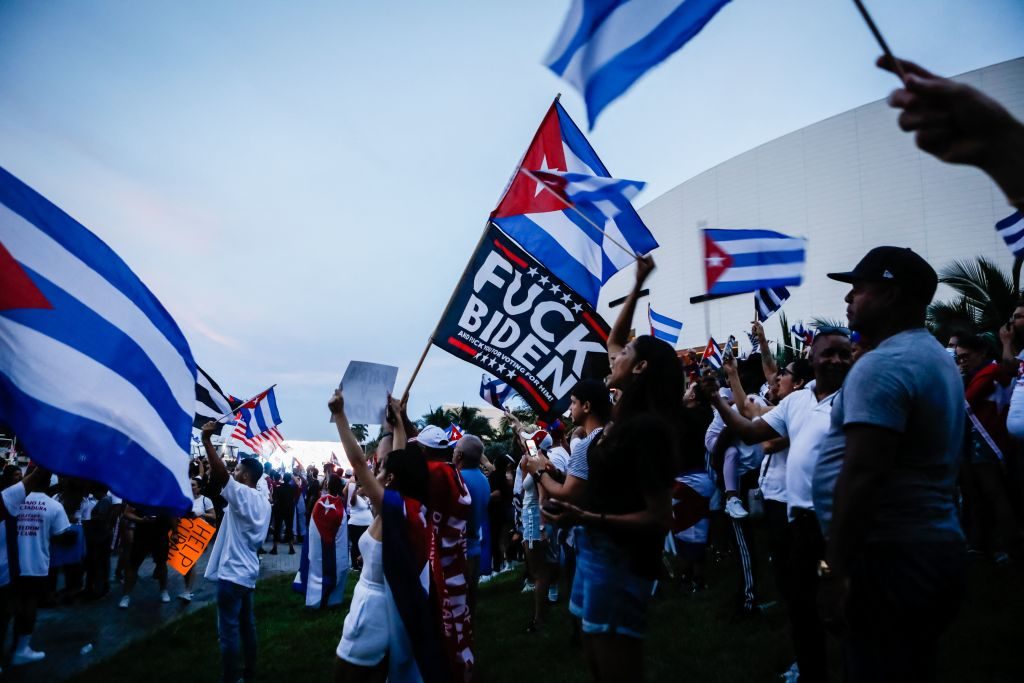 A person holds an anti-Biden flag as people wave Cuban and U.S. flags during a Freedom Rally showing support for Cubans demonstrating against their government, at Freedom Tower in Miami, on July 17, 2021. (EVA MARIE UZCATEGUI/AFP via Getty Images)

Biden’s approval rating with Democrats should also be somewhere around 85 percent or better. But instead, it’s just 70 percent, with 25 percent disapproving.

The worst news for Biden is that only 29 percent of Democrats(!) want him to run for re-election.

The New York Times then asked Democrat primary voters why they don’t want Joe to run for re-election. The top reason was “age” at 33 percent. Second, came “job performance” at 32 percent. Nothing else came close. 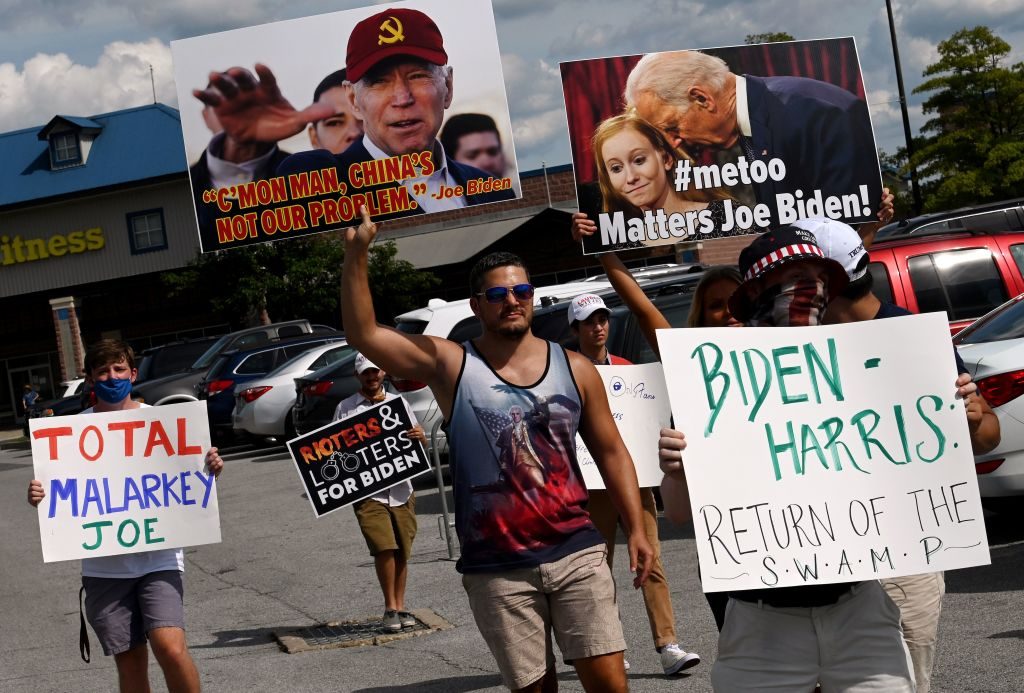 Anti-Biden placards wave as protesters walk by the Democratic National Convention site at the Chase Center in Wilmington, Delaware, on August 20, 2020. (OLIVIER DOULIERY/AFP via Getty Images)

The same New York Times that told us Trump only had a single-digit chance of defeating Hillary Clinton in 2016 certainly could have weighted this poll into an outcome less devastating for Slow Joe. The fact they didn’t tells you the Times wants Joe gone. He’s not only going to lose in 2024. They fear he’s going to lose to the Bad Orange Man.

The anti-Biden chant continued its tour of the country this weekend as Ole Miss fans broke out in a thunderous chant of “F*ck Joe Biden” during Saturday’s game against the Arkansas Razorbacks. https://t.co/8XiZg0doxN

Widespread concerns about the economy and inflation have helped turn the national mood decidedly dark, both on Mr. Biden and the trajectory of the nation. More than three-quarters of registered voters see the United States moving in the wrong direction, a pervasive sense of pessimism that spans every corner of the country, every age range and racial group, cities, suburbs and rural areas, as well as both political parties.

The Times even asked who voters would choose in a 2024 rematch. Biden is only up three points, 44 to 41 percent, over Trump. But if Trump is within three, he probably wins the electoral college. What’s more, polls always undercount the Trump vote.

Biden is a failure for only one reason, and it has nothing to do with his age or his messaging. He chose to govern as a left-wing extremist, and his left-wing policies are destroying the economy. Too much government spending, killing domestic oil production, etc.

If you think the corporate media and Democrats are eager to dump Biden now, wait till Democrats are slaughtered this coming November.