Lujan Grisham denied using the state’s discretionary fund for the purchase of baby shower decorations when she was asked by a bystander last week at an event in New Mexico if she had ever used state funds to pay for a baby shower.

“I didn’t use state funds to pay for a baby shower. Maybe you should do your facts better,” the governor said in response, later adding, “Nope. None.”

Following another bystander saying not to listen to what the first guy said, Lujan Grisham continued, “Oh, I know. Well, he should do better fact-checking his own self.”

However, receipts exclusively obtained by Breitbart News showed that in January 2020, $112.70 in taxpayer dollars was spent at Party City to buy pink baby shower decorations, such as pacifier charms and pink safety pin charms. 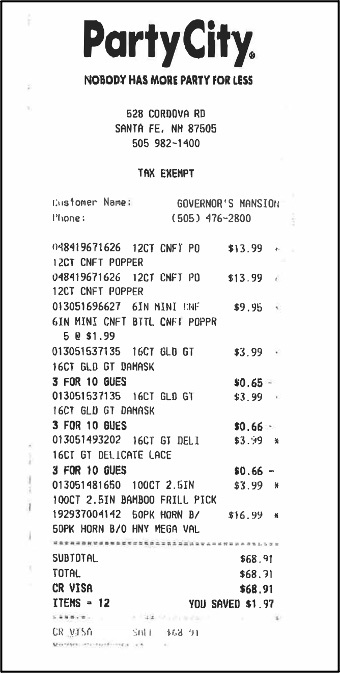 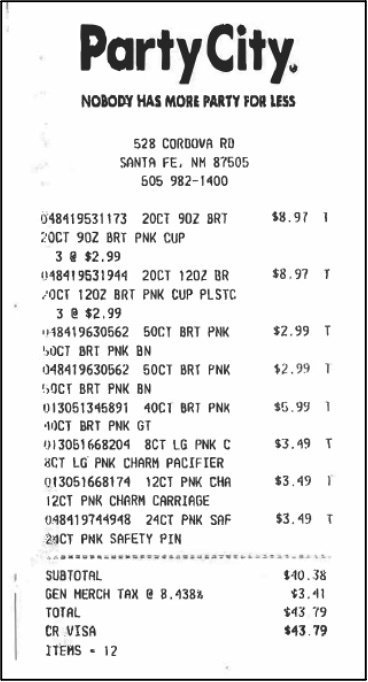 When asked to comment on these revelations, the governor’s office asked to see the video and so Breitbart News provided it and the receipts to the governor’s spokeswoman.

The spokeswoman eventually stated that the receipts for $43.79 indicated on the original copy that it was reimbursed and claimed the “funds were fully reimbursed” and that “no state funds ultimately went to this expense.” However, the spokeswoman did not respond about the video or the other receipt for $68.91.

But, this isn’t the first time Lujan Grisham was caught spending thousands of taxpayer dollars. An Albuquerque-based station, KOB4, previously reported on what the government spends its taxpayer-funded money on, such as wagyu beef, alcohol, and rug cleanings for her pets’ messes.

KOB4 noted that the governor’s contingency fund, which is paid for by the taxpayers and is appropriated by the state’s legislature, is meant to be spent on functions, events, or items to promote New Mexico.

In February, the news station published a six-month review of the fund showing an average of $1,091 each month, which paid for anything from laundry detergent to groceries like Wagyu beef, tuna steaks, top sirloin, in addition to hundreds of dollars in alcohol.

Republican groups, such as the Republican Governor Association (RGA), have already responded to her previous spending of taxpayer dollars by releasing an ad in June.

Additionally, another group affiliated with the RGA also released two ads in June.