The House Judiciary Committee will be moving on an “assault weapons” ban bill that targets at least 45 specific AR-15 rifles and approximately 30 specific AK-47s. 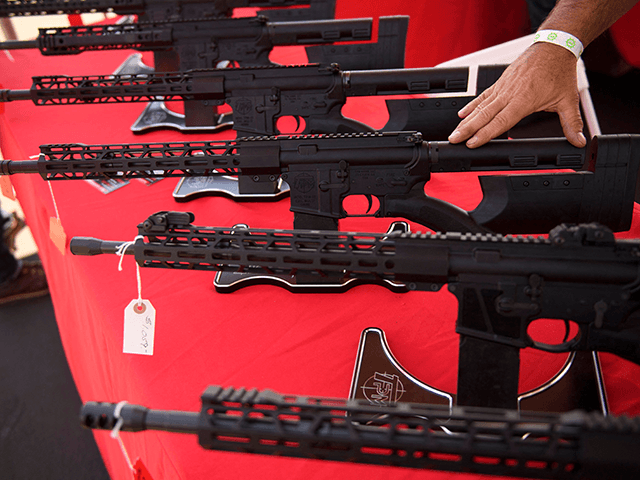 A TPM Arms LLC California-legal featureless AR-15 style rifle is displayed for sale at the company’s booth at the Crossroads of the West Gun Show at the Orange County Fairgrounds on June 5, 2021 in Costa Mesa, California. (PATRICK T. FALLON/AFP via Getty Images)

Punchbowl News reports the bill will be marked up Wednesday by the House Judiciary Committee and Democrat leadership aides indicate “the bill could come up for a floor vote as soon as the last week of July.”

Those 20 million were a portion of the overall 432 million privately guns then in Americans’ possession.