Breitbart News reported Dicken was able to carry his handgun because of Indiana’s constitutional carry provision.

WTHR notes the attacker began shooting in the mall’s food court at 5:56 p.m. Sunday and Dicken responded by opening fire on the attacker at 5:57.

The attacker tried to run for cover as Dicken fired at him but collapsed to the floor, fatally injured from at least one of Dicken’s rounds.

WFLA observes Dicken “was by the cookie counter, close to the main walkways of the mall,” when the attacker opened fire.

Witnesses indicate Dicken then returned fire, closing the distance on the attacker as he did.

Greenwood Police Chief Jim Ison said of Dicken, “I’m going to tell you, the real hero of the day was the citizen that was lawfully carrying a firearm in the food court and was able to stop the shooter almost as soon as he began.” 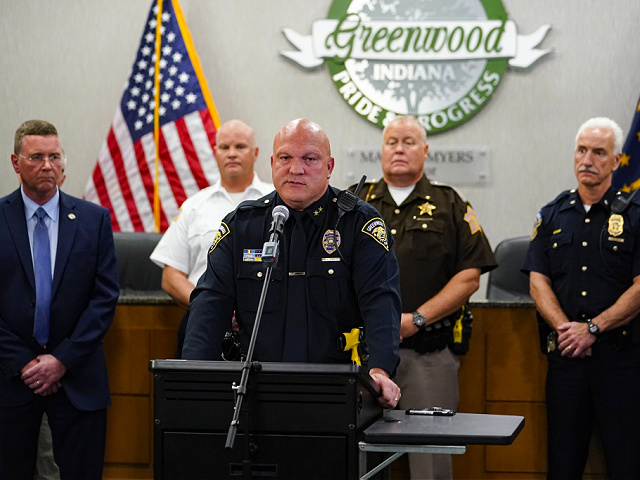 On Sunday, Greenwood Mayor Mark Myers said, “As of now, we do not know the shooter’s identity or motive. We do know that someone we are calling the ‘Good Samaritan’ was able to shoot the assailant and stop further bloodshed. This person saved lives tonight. On behalf of the City of Greenwood, I am grateful for his quick action and heroism in this situation.”

On Monday, Greenwood Park Mall issued a statement that also acknowledged Dicken’s heroic actions: “We grieve for the victims of yesterday’s horrific tragedy in Greenwood. Violence has no place in this or any other community. We are grateful for the strong response of the first responders, including the heroic actions of the Good Samaritan who stopped the suspect.”

WTHR explained that Dicken does not have any formal police or military firearm training. Rather, “he learned to shoot from his grandfather.”