Former Connecticut State Sen. George Logan (R-17) is just five points behind his opponent, Rep. Jahana Hayes (D-CT), and nearly within the margin of error in the race for Connecticut’s Fifth Congressional District, according to a poll.

In the Public Opinion Strategies poll, conducted on behalf of Logan’s campaign and the National Republican Congressional Committee, the former state senator drew 41 percent of the response as opposed to Hayes’s 46 percent, with another 13 percent of the electorate up for grabs. Logan is teetering on the cusp of the 4.9 percent margin of error.

In the poll’s press release, Logan dubbed Hayes “a rubber stamp for the Biden-Pelosi agenda,” adding that she “has been silent on major issues such as inflation, gas prices, crime, and a crisis at our southern border.” 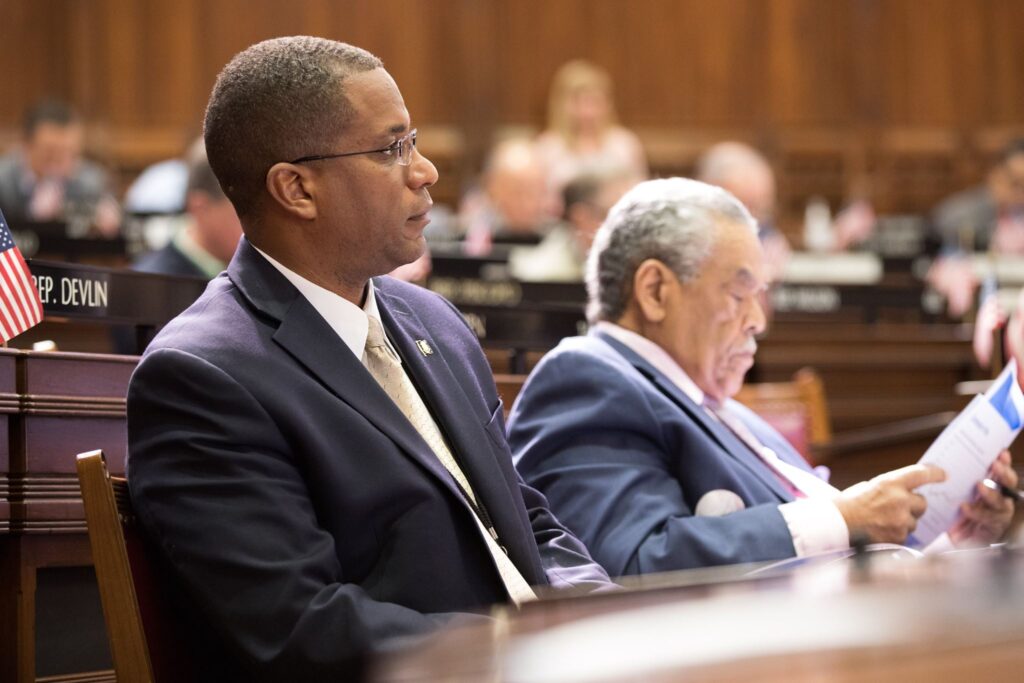 Logan also pointed out that the voting record of Hayes, who is vying for a third term in office, is “100% in line with Nancy Pelosi.”

“It’s time for change, and this poll further proves that voters have had enough of being compromised for the sake of party leadership in Washington,” he added. 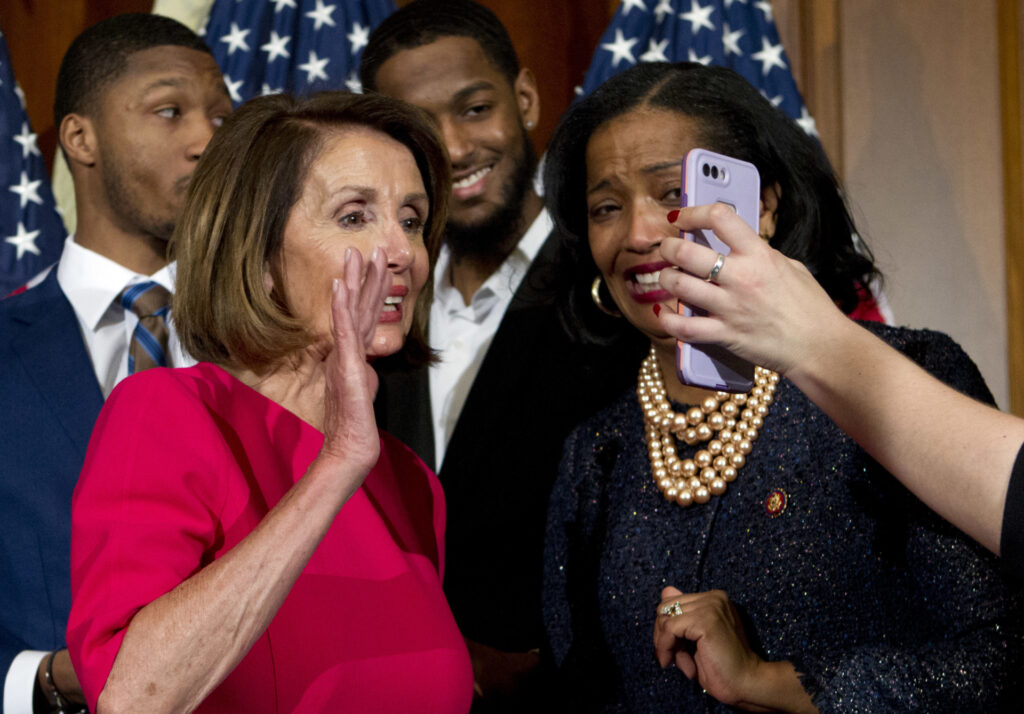 House Speaker Nancy Pelosi, of Calif., has a FaceTime call, standing next to Rep. Jahana Hayes, D-Conn., during ceremonial swearing-in on Capitol Hill in Washington, Thursday, Jan. 3, 2019, at the opening session of the 116th Congress. (AP Photo/Jose Luis Magana)

Hayes — a far-left congresswoman, dedicated to social justice issues — won the district by more than 40,000 votes over Republican nominee David Sullivan in 2020, taking home 55.1 percent and 43.5 percent of the vote, respectively. In 2018, it was a similar story, with Hayes garnering 55.9 percent of the vote versus Republican candidate Manny Santos’s 44.1 percent.

The poll also found President Joe Biden is underwater in the district, with an approval rating of 43 percent and a disapproval rating registering at 56 percent. Moreover, constituents in the district were asked whom they would vote for on a generic congressional ballot, which yielded an even split of 44 percent for Republicans and Democrats alike. Logan looks to capitalize on these numbers with Democrats in a vulnerable position this mid-term election behind Biden’s abysmal national approval rating, record-high inflation, rampant crime, and Democrat inaction at the southern border.

“I want to go to Washington to lower costs for families and businesses, support American energy, address the crisis at our southern border, and be a voice for all of the residents of the 5th District,” Logan said.

The poll sampled 400 voters in the district from June 29-30 through phone interviews and has a margin of error of plus or minus 4.9 percentage points.