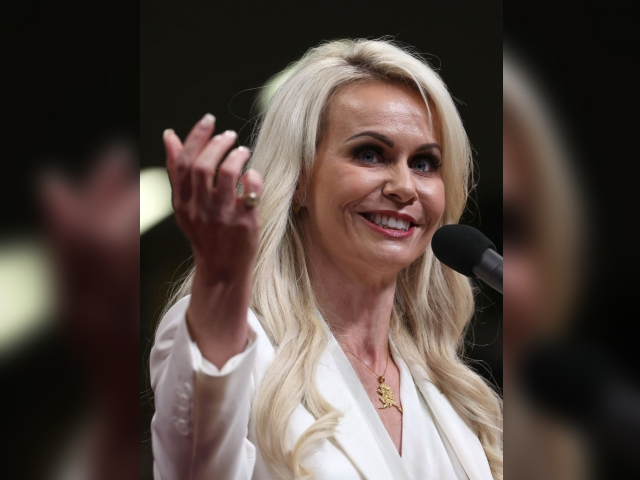 On June 24 Breitbart News reported that Murkowski was among the 15 Republican Senators who caved on gun control and voted for the new restrictions hammered out as a result of Sen. John Cornyn’s (R-TX) work with Democrats.

During the time between the Uvalde shooting (May 24, 2022), and the June 23 passage of Cornyn’s gun control, activist David Hogg tweeted a video of Murkowski talking to him about getting something done with gun laws:

I just bumped into Senator Lisa Murkowski and she agreed we must take action on gun safety and find the common ground.

So far she’s the only person who is not a Democrat who is even been willing to speak with me. I would love to have a longer meeting @lisamurkowski pic.twitter.com/5J6ryKNlOc

Tshibaka commented on Murkowski’s support of Cornyn’s gun control bill, saying, “Lisa Murkowski, once again, is palling around with her D.C. insider friends and voting against our Constitutional rights, even while she pretends to be looking out for us.”

She added, “Lawful and responsible gun ownership is part of our identity here in Alaska, and I will never stand for any erosion of those rights.”

The NRA gives Tshibaka an “A” grade for her defense of the Second Amendment.