Utah Rep. Burgess Owens is launching a PAC supporting conservative minority candidates nationwide running for Congress in a bid to “break” the Democrat party and its “radical agenda.”

The new political committee, known as the “Just Win Baby” PAC, seeks to defeat Democrats and “continue the fight” in 2022.

“We’re seeing diversity in the Republican Party like never before because, when it’s all said and done, everyone wants the same thing,” he said. “We all want a strong economy, we want a good education for our children, and we want safety in our streets.”

According to Owens, it is the Republican Party that is “working to make that happen.”

Expressing his excitement to travel and do everything possible to help the new young candidates, Owens claimed he is “determined to make sure we win back the House with strong, capable conservatives who will help us get our country back on track.”

Candidates, whom he said are “infuriating the Democratic Party” and are “under attack from the left,” include Cassy Garcia, who served as Sen. Ted Cruz’s deputy state director and was previously appointed by President Trump to serve as commissioner for the White House Hispanic Prosperity Initiative, and Illinois’ Catalina Lauf, who served as an adviser at the Department of Commerce after being appointed by President Trump in 2018.

In a letter to supporters, the congressman called on conservatives to “support strong Black, Hispanic, and Asian Republican candidates” to ensure being “the majority party of the future.”

Describing the PAC’s goal to “build the core support of the Republican Party among all races, religions, and economic classes of America,” Owens explained that his determination stems from a desire to “break the Democrat Party and its radical agenda” by an expansion of the GOP.

“The one thing that absolutely terrifies the Democrats is to see Republicans become a true multi-racial, multi-ethnic party that rises up against their oppressive and destructive policies,” he asserted, warning “they will do anything to stop us.” 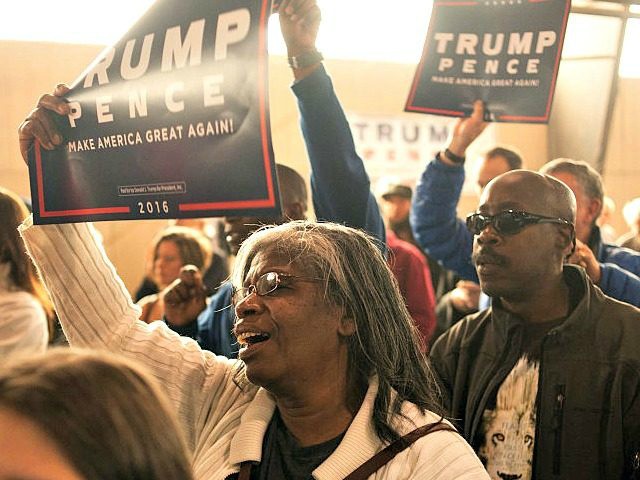 “This mission is of immense importance,” he stressed. “The future of our Party and our country depends on it.”

Speaking at the House Judiciary Committee’s hearing on privacy and civil rights in post-Roe America, Owens said the “so-called party of tolerance, who bang the drum of racism, inequality, inequity, do not practice what they preach” and called out members of the left who “attempt to divide us with their hateful rhetoric.”

The PAC launch comes as the GOP continues to make gains with minorities.

In May, Breitbart News reported that black Americans have started to support Republicans in droves as their approval of Democrats has diminished over the years, paving the way for more than 100 black conservatives throughout the country to run for office in 2022.