A double rainbow which appeared in the sky over Buckingham Palace on the day Queen Elizabeth II passed away has been attributed to the late monarch and her husband, Prince Philip.

The Queen, who has passed away aged 96, bid a final farewell to Prince Philip, her husband of over seven decades, just last year.

Some standing in the drizzling rain outside Buckingham Palace, the British monarchy’s best-known royal residence in modern times, have interpreted a double rainbow in the skies overhead to the late couple, who together were the longest-serving monarch and the longest serving consort to a monarch in British history.

Having passed away at her estate in Scotland, the Queen will lie in repose at the Palace of Holyroodhouse, the chief royal residence in the Scottish capital of Edinburgh, with a service of a reception to be held in the nearby High Kirk, St Giles’ Cathedral, before she is transferred to London by Royal Train. 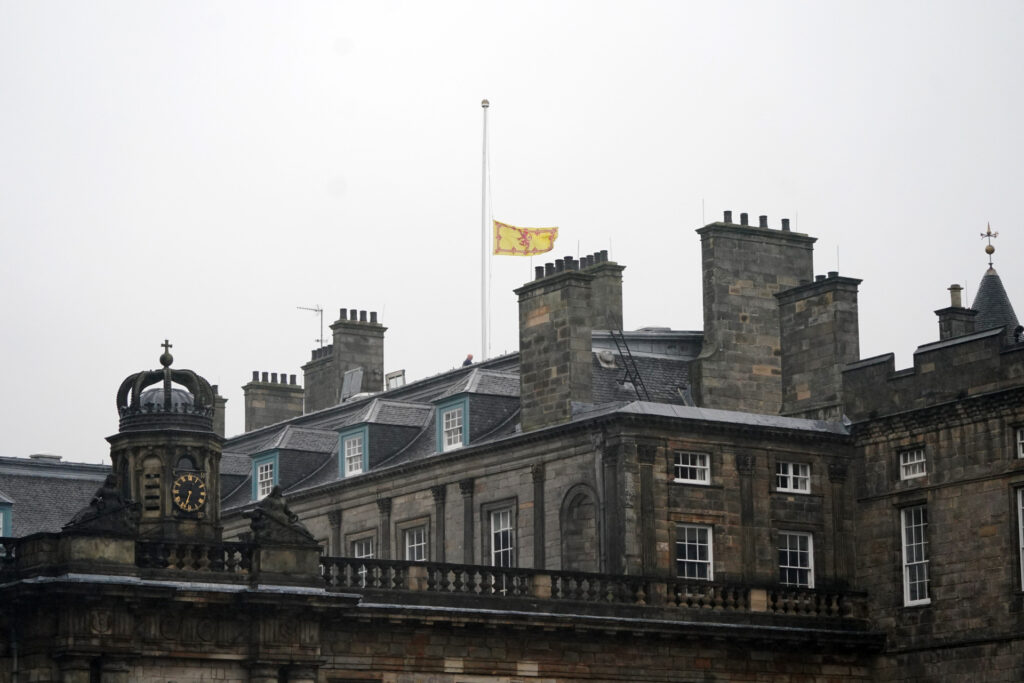 The Royal Banner of Scotland above the Palace of Holyroodhouse in Edinburgh is flown at half-mast following the announcement of the death of Queen Elizabeth II. (Photo by Jane Barlow/PA Images via Getty Images)