Republicans, led by House Minority Leader Kevin McCarthy (R-CA) unveiled the agenda, which, on Friday, McCarthy described as a plan to “put American back on the right track.” It outlines the Republican party’s core policy positions on a range of topics, including immigration, crime, education, and the economy. However, this agenda is fundamentally different from those of the past because it shows, Banks suggested, that the Republican party is new and improved.

“This is a consensus commitment from House Republicans,” Banks said, explaining that it is the result of the work of McCarthy bringing the conference together.

“So we talked about energy independence and going after woke corporations and putting parents first in education, saving girls sports, border security, going after China. This is significant, I think, to the point that you’re making at the outset. This shows that this is truly a new Republican party,” the Indiana lawmaker said, explaining that the plan might sound familiar, as it falls in lockstep with the policies former President Donald Trump championed.

“The ‘Commitment to America’ we’ve come up with might be familiar because if you really boil it down, it is the Trump agenda. It is American First agenda, and that shows you that the Republican party is rooted in a new place that represents the new coalition of voters that Donald Trump brought to the Republican party,” he said. “That makes us such a big force in American politics. It’s going to win us back the majority, allow us to keep the majority, win back the White House in 2024, and get America back on the right track. So there are a lot of bold components in this commitment.”

“But it hearkens back to the policies that we know that worked when Donald Trump was president, versus the socialist policies [of] Joe Biden and Nancy Pelosi and the Democrats,” he added. 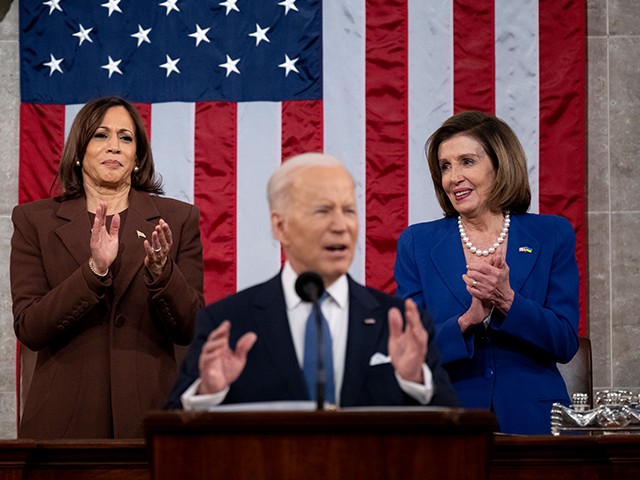 One of the most significant facets of the plan is the GOP consensus on the issue of immigration — something they did not have in recent years. Some of the positions outlined by Republicans include requiring legal status to get a job and eliminating welfare incentives.

“Now you got a commitment to America with consensus of 99 percent-plus of House Republicans who agree with just that, and we agree that we should build a wall. We agree that we should stop a catch and release and restore Trump’s Remain in Mexico policies on top of ending the magnet and providing this employer accountability to stop … the flow of illegals that come over the border and the magnet that brings them over the border to begin with,” Banks said. “So there’s broad consensus in this area where there wasn’t consensus in the Republican party before.”

The plan also details how Republicans will approach crime, supporting 200,000 more police officers through recruiting bonuses, opposing efforts to defund police, cracking down on prosecutors and district attorneys who refuse to prosecute crimes “while permanently criminalizing all forms of illicit fentanyl.”

“We have to talk about it, more that it’s a direct result of Joe Biden’s border policies and the Democrat policies that fentanyl is flowing into our country and killing off so many Americans. So that was the memo that we put out as a result of listening to these powerful stories of these moms who lost — they lost a child,” he said.

“This might be the boldest and the most important part of the agenda in my opinion. All of it’s important, but the Democrats are silent on fentanyl and the border because it’s that they noticed their policies that are causing that crisis. They’re also completely silent on China because their corporate backers benefit so much from a cozy relationship with China,” he said.

“So the Republican party, though, stands on the side of working people, working class Americans, and that’s why we’ve identified China as the biggest threat to America,” he added.

Overall, Banks said the GOP’s “Commitment to America” is “an American agenda where the vast majority of Americans support us on all of these issues: energy independence, driving down inflation, fiscal responsibility, the border crisis, that’s it all.”

“I mean, all these issues, the American people are begging for their leaders in Washington to step up and solve these issues,” Banks said, questioning why Democrats oppose these policies.

“That shows you how out of touch they are, how far to the radical left they’ve become, and the Republican party is the party with solutions and ideas to solve those problems,” Banks added.