Nearly 40 people were shot, six of them fatally, during another violent weekend across Mayor Lori Lightfoot’s (D) Chicago.

On Monday morning, ABC 7 / Chicago Sun-Times reported the weekend totals for shooting victims was 38, seven of whom had succumbed to their wounds.

Two men, one aged 30 and another aged 31, were found fatally wounded at 4 a.m. Sunday inside a residence “in the 1300-block of South Harding Avenue.” Both men had been shot in the head and were rushed to the hospital, where they were pronounced dead. 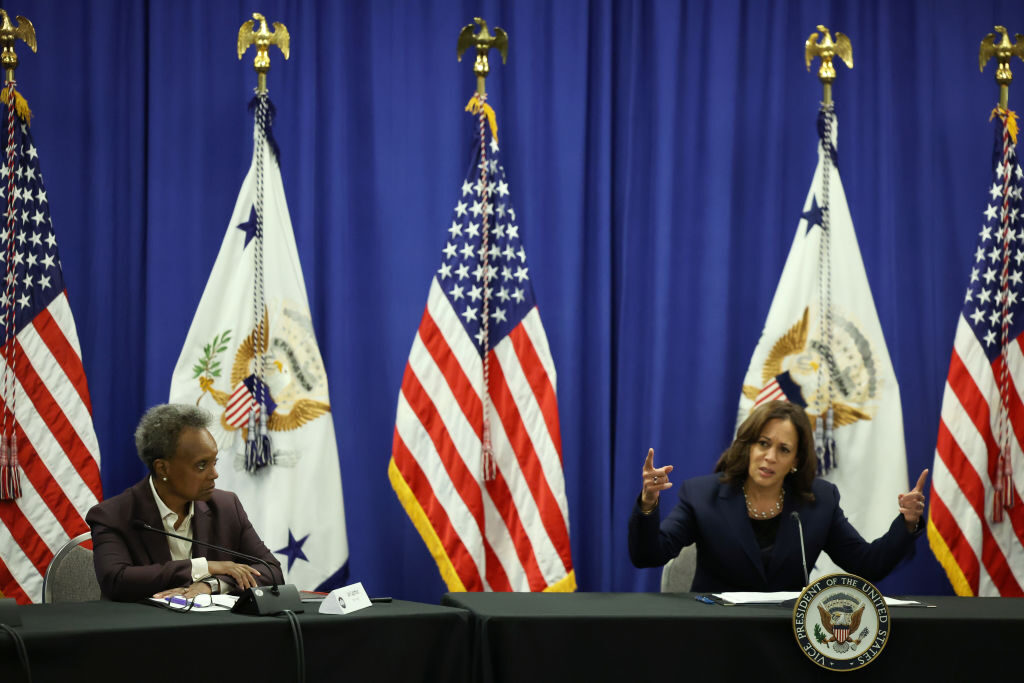 Flanked by Chicago Mayor Lori Lightfoot (L), Vice President Kamala Harris participates in a round table discussion on reproductive rights on the campus of the University of Illinois Chicago (UIC) on September 16, 2022 in Chicago, Illinois.  (Scott Olson/Getty Images)

The ongoing violence in Chicago during 2022 comes after 2021 proved to be the deadliest year the city had witnessed in a quarter of a century.

The Hill observed that Chicago police confirmed the city witnessed 797 homicides during the course of 2021. And the Associated Press pointed out the 797 homicides represented “25 more than were recorded 2020, 299 more than in 2019 and the most since 1996.”