Sen. Jon Ossoff (D-GA) has remained silent on leftist calls to block the Journalism Competition and Preservation Act (JCPA), a bill that progressives contend would be a boon to media conglomerates and harm independent news outlets.

The Re:Create Coalition wrote to Ossoff, “The highly controversial & completely unrelated JCPA should not be attached to must-pass legislation like the NDAA. @SenOssoff, oppose the JCPA, which would enrich media conglomerates & subvert independent, minority-owned & local news.”

The highly controversial & completely unrelated JCPA should not be attached to must-pass legislation like the NDAA.@SenOssoff, oppose the JCPA, which would enrich media conglomerates & subvert independent, minority-owned & local news.https://t.co/MhvitBhyRr

Leftists have been urging Ossoff and other senators to oppose the JCPA as Senate Minority Leader Mitch McConnell (R-KY) has moved to include the bill in the National Defense Authorization Act (NDAA). The bill would create a media cartel, which would allow its members to negotiate with big tech.

Ossoff and his office did not respond to Breitbart News regarding the left’s campaign to block the JCPA.

Dr. Benjamin Chavis, the president and CEO of the National Newspaper Publishers Association (NNPA), which represents the interests of the black press, wrote that many black- and minority-owned news outlets are independently operated and that the JCPA would “line the pockets of massive media conglomerates and hedge funds, and lead to the proliferation of harmful misinformation.” 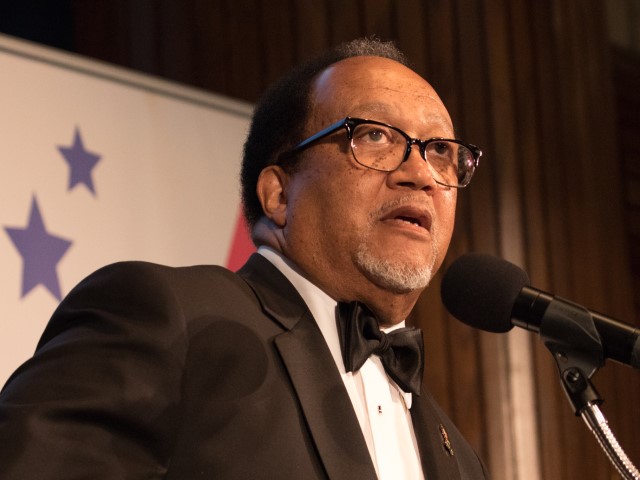 The leader of the NNPA wrote that hedge funds and media “behemoths” have been buying up small, independent news outlets left and right. He has contended that the bill would only benefit large media conglomerates:

Now, these same media companies and hedge funds are a step closer to receiving huge payouts – without any accountability or transparency to direct funds to local journalism and journalists. The JCPA would require tech platforms to carry and pay any eligible news publisher for “access” to content. While this may, again, seem well intentioned at first look, upon deeper inspection the law defines “access” so broadly it will require payment for simply crawling a website or sharing a link. Similarly, while a number of conglomerates are scoped into the bill, true independent or small newspapers are explicitly excluded from the legislation because the bill says that an eligible publisher must earn more than $100,000 per year.

Congress and the Senate should reject the current draft of the JCPA and go back to the drawing board on real solutions for America’s local news problems – solutions that benefit all Americans, instead of just giving handouts to the biggest media corporations in the nation.

Progressive organizations such as Fight for the Future and Public Knowledge, along with the ACLU and over 25 other organizations, have launched a campaign to stop the JCPA.